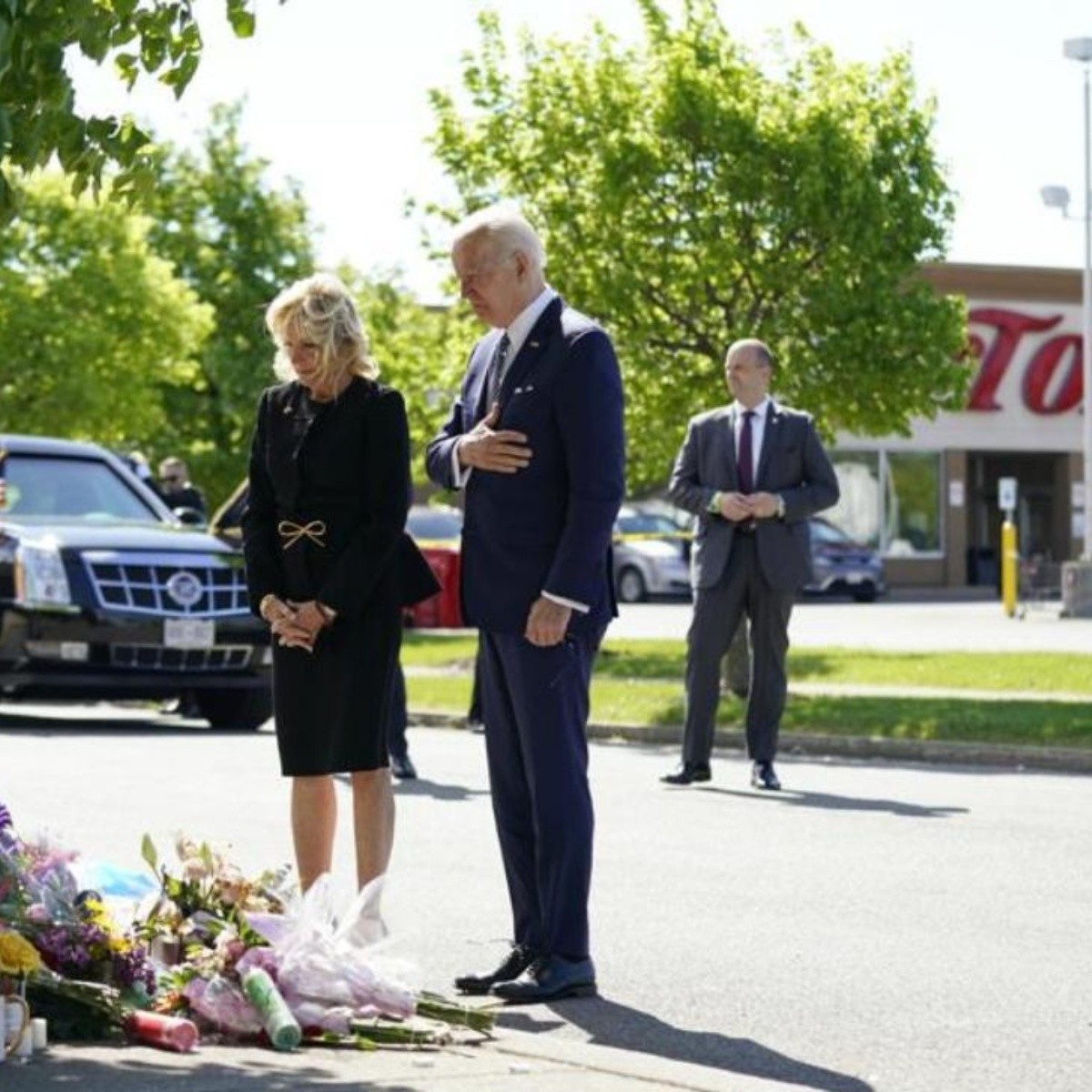 United States.- The President of the United States, Joe Biden, sent a message on Thursday through his official Twitter account where he warned that in the United States “evil will not win”, this after a shooting in Buffalo where a white supremacist 18-year-old killed 10 people.

“In America, evil will not win, I promise you. Hate will not prevail. And white supremacy will not have the last word,” Biden tweeted.

Speaking to families of victims, local officials and first responders, Biden declared that America’s diversity is its strength and warned that the nation must not be distorted by a “hateful minority.” She promised to “expose” those who promote hateful ideologies.

“The American experiment in democracy is in jeopardy like it has never been in my life,” Biden said. He’s in danger right now. Hate and fear that those who pretend to love America give them too much oxygen but do not understand America.

Back at the White House Tuesday night, Biden blamed the Buffalo incident and others not only on “crackpots” who commit hate crimes, but also on those who “fill their brains with false ideas.”

As long as he’s president, he said, “I’m going to fight like hell and we’re going to expose everybody.”

In America, evil will not win, I promise you. Hate will not prevail. And white supremacy will not have the last word.

Biden’s emotional comments came after he and First Lady Jill Biden paid their respects at a makeshift memorial with flowers, candles and messages of condolence outside the Tops supermarket, where a young man armed with an assault rifle attacked a blacks in the deadliest racist attack. in the United States since Biden took office, The Associated Press reported.

He added: “Now is the time for people of all races, of all backgrounds, to speak up as a majority… and reject white supremacy.”

Biden’s condemnation of white supremacy is a message he has delivered multiple times since becoming the first president to specifically address it in an inaugural address. Yet such beliefs remain an entrenched threat at a time when his administration has focused on tackling the pandemic, inflation and the war in Ukraine.

In his comments Tuesday, Biden paid tribute to each of the 10 people who lost their lives, describing them as beacons of their community and deeply committed to family.
Three more people were injured. Nearly all of the victims were black, including all of those who died.

In Buffalo, 18-year-old Payton Gendron was arrested at the grocery store and charged with murder. He has pleaded not guilty. His attorneys declined to comment Tuesday.

Prior to the shooting, Gendron reportedly posted a speech online brimming with racism and anti-Semitism.

The author of the document described himself as a supporter of Dylann Roof, who killed nine black worshipers at a church in Charleston, South Carolina, in 2015, and of Brenton Tarrant, who attacked mosques in New Zealand in 2019.


Video: Woman threw her newborn baby into a dumpster