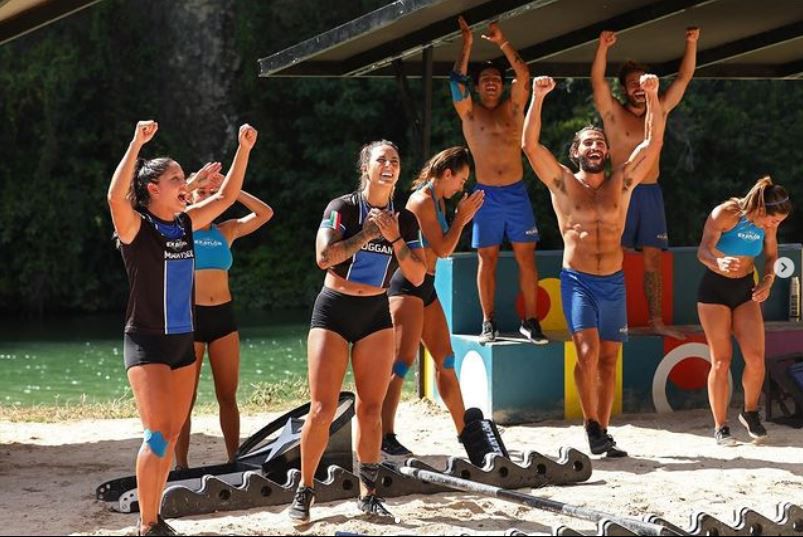 After the elimination of Jair Cervantes, a new elimination challenge from the program will take place this Sunday Exathlon Mexico, which is approaching its final stretch. During the broadcast this January 16, a participant of the blue team would be the one who leaves the program.

According to information on the website of Formula Group, the participant of the blue team, Mariana Khalil, will be the one who leaves the program. This is based on the criticisms made by the public of the sports show throughout the weeks of the athlete’s performance.

For its part, Mariana came to the program a few weeks ago as reinforcement. The 27-year-old woman is originally from Chihuahua and works as a lawyer, in addition to practicing functional training.

On the other hand, on the last day of elimination last Friday, January 14, Jair Cervantes, from the Guardians team, left the program. The member of the Conquistadores team left the competition after facing Heber Gallegos.

“Is not easy. It looks easy from out there, but it’s not easy. Today I had to compete with a legend”, were the first words of farewell from Jair, who is also a professional footballer.

The recently eliminated participated in the program for five cycles.

In social networks, the fans of the program expressed the affection they took for Jair Cervanteyes There were several netizens who asked that the footballer return for one more season, but now joining from the beginning and not a few weeks later.

What happened in the last broadcast of Exatlón México?

The blue team conquered both markers in the battles for salvation. However, the last contest was not easy, as they reached the maximum number of meetings by drawing nine to nine. This caused the relays, the modality where each side chooses its best athletes.

Much of the duel leaned towards the reds, at one point in the competition they went seven to three, but the pathfinders They resisted and began the comeback.

On three occasions, the guardians they were able to finalize survival, but they did not. Zudikey and Antonio were chosen to face the last point, but it was the combination of Koke and Marysol Cortés the one who prevailed.

Jair Cervantes was sidelined to the final duel for his poor performance. For his part, Heber Thunder Gallegos was the most voted for his team, but he came with an advantage by having a medal, which becomes an extra life.

The guardians they faced a shot never seen before, so it can be said that both athletes were in equal circumstances. The module consisted of breaking tiles, but the ring had to slip through some bars, which increased the degree of difficulty.

Jair Cervantes, who was one of the last athletes to join exathlon, had no chance against Heber. The young athlete could not take a single life from Thunder and this was with a perfect score.

The reality show will end its season in the last days of January. Immediately, it will start another delivery. This is named Exathlon All Star and will bring together the champions and finalists of previous seasons.

Exatlón México: Jair Cervantes was the first eliminated this week

Exatlón México: this is how the emotional elimination of Yusef Farah, “The Lebanese lion” was experienced

What celebrities have refused to be in Exatlón All Star