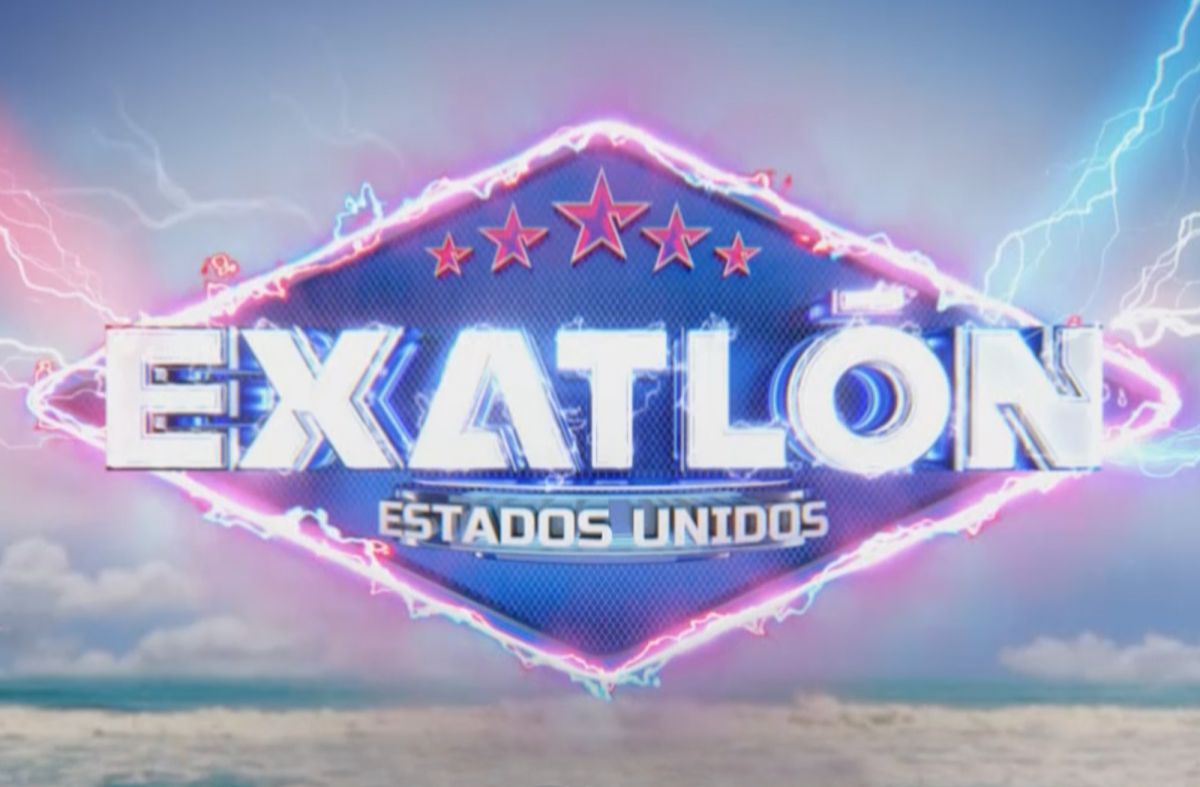 The extreme competition of “Exatlón United States” is back on Telemundo and, in 2022, arrives with a new generation of athletes. Hosted by Frederik Oldenburg, alongside Marisela “Chelly” Cantú, the sixth season begins on January 11 at 7 pm/6c. The program will be broadcast from Monday to Friday and on Sundays they will be eliminated.

Isolated from the outside world without access to the internet, social media, TV and cell phones, each of them will test their physical and mental abilities week after week until they crown a man and a woman as champions at the end of the sporting competition.

There will be 24 high-caliber athletes joining the Famous Team (Red Team) and the Contending Team (Blue Team) to face the most rigorous circuits and nocturnal obstacles of the #1 sports competition on Hispanic TV until they find the most suitable man and woman. strong that will win the coveted title, trophy and $ 200 thousand each.

Ricardo Osorio: a 41-year-old Mexican from Huajuapan de León, is a professional soccer player living in Los Angeles, California. This legendary Mexican soccer figure has competed in more than 80 international championships, including the World Cup® in South Africa and Germany, the Copa América, as well as the CONCACAF Gold Cup and Champions League, among others.

Jaime Espinal: the 37-year-old is a prominent Dominican Republic-born Puerto Rican Olympic wrestler who became the first Olympic medalist in wrestling for Puerto Rico by winning the silver medal during the 2012 Olympic Games in London. Espinal was also a professional dancer and was part of the El Jefe Tour of the famous musical star, Daddy Yankee.

Briadam Herrera: a 26-year-old Cuban from Miami, Florida, is a professional diver and member of the United States national diving team, a sport that began at age eight in his native Cuba. Herrera continued his passion for this discipline in the United States when his family moved to Miami and today he has numerous awards in national and international championships as a distinguished professional athlete.

Hector Gomez: a 25-year-old Puerto Rican resident of Orlando, Florida, is a professional wrestler for World Wrestling Entertainment, a discipline he started at age 14. In 2019, he participated in the thirteenth season of American Ninja Warrior, the successful sports competition on sister network NBC.

Mateo Gonzalez: a 25-year-old Mexican from Coahuila, Mexico, is a world-renowned professional swimmer. This young man, who graduated from Texas A&M University, has competed in international sporting events such as the Pan American Games, Central American Games, as well as professional and university swimming championships in Taiwan, Russia and other countries around the world.

Jennifer Munoz: a 24-year-old Mexican born in Montebello, California, is a professional soccer player who started playing when she was just five years old. She has played professionally for Club América and the Mexican Women’s Soccer Team. She represented Mexico at the Annual Cyprus Women’s Cup Tournament in Greece and became part of the Lobos team at the University of New Mexico in Albuquerque.

Jordan O’brien: a 29-year-old from Anaheim, California, she is a professional soccer player who has played for numerous teams such as Argentina’s River Plate, as well as teams in Spain and the rest of Latin America, which has allowed her to learn Spanish. This communicator of wellness and health issues aimed at women was the only female to play soccer on a men’s team.

Paloma Flores: a 27-year-old Mexican from Chicago, Illinois, is a professional basketball player. Flores is part of Mexico’s national professional women’s basketball team. Among her achievements is the gold medal she won in the Basketball World Cup, as well as being named Player of the Year in 2018 and 2019, among other important recognitions.

Candy Toche: a 23-year-old Peruvian from San Francisco, California who began her athletic career playing volleyball, but fate led her to track and field jumping as a teenager. The young professional athlete has competed in major international championships in Europe, Puerto Rico and South America. Currently, he is completing his studies in public relations in Puerto Rico thanks to a sports scholarship.

Anisa Guajardo: a 30-year-old Mexican from Los Angeles, California, is a professional soccer player who has lived and competed in different countries such as El Salvador, the Dominican Republic, Mexico and the United States. He was on the team at Pepperdine University in Malibu, California. He has participated in professional championships for various soccer organizations such as Stanford Club, California Odyssey Club, and East Fresno United Fusion, among others.

Isabella Arcila: a 27-year-old Colombian from Atlanta, Georgia, is an Olympic swimmer who has competed in swimming championships since she was seven years old. He inherited the love for this discipline thanks to his father, who was a water polo player, and his mother, a professional swimmer. This has led her to compete in the Rio 2016 Olympics and the 2020 Olympics in Tokyo. She has received important recognitions such as the All-American USA Champion, as well as being a South American and Central American champion.

Miguel Angel Espinoza: a 27 year old model from San Diego, California who was born in Tijuana, Mexico. He is also a personal trainer and plays weekly soccer in a San Diego league. The youngest of 11 siblings, Espinoza comes from a large, close-knit family and his older sister is a well-known television personality.

Frank De La Cruz: a 22-year-old man born in Santo Domingo, Dominican Republic who recently fulfilled his dream of becoming a pilot. He currently resides in Miami, Florida, where he studies sports medicine at Florida International University and competes independently at the college level in athletics. The young man also volunteers as a coach for underprivileged children.

Jesús “Tony” Beltrán: a 20-year-old man born in Phoenix, Arizona. This natural athlete has participated in soccer, baseball, American football, and boxing competitions. He helps his family run their business in Sonora, Mexico, where they operate a ranch and a supermarket. He is the oldest of three siblings and is an engineering student.

Angel Rodriguez: a 26-year-old man born in Ponce, Puerto Rico, who was forced to leave the island after Hurricane Maria. He currently resides in Middletown, Maryland, where he works as a physical education coach. Growing up, he played soccer and basketball, but today he is an avid steeplechase athlete competing in regional races.

Yoisel Barrios: the 28-year-old came to the United States from Cuba just two years ago. This former computer technician is now a casino maintenance worker in Las Vegas, Nevada. He has trained in taekwondo and bodybuilding and is actively training in CrossFit.

Emilio lara: the 22-year-old from Mexico is an architecture student in New York City. Together with his friends, he developed a training system that is now used in the gym that they opened and operate together. He came to play soccer at the college level and has practiced swimming, tennis, volleyball, and long-distance running.

Natalia Palacios: a 25-year-old Mexican personal trainer born in Austin, Texas, began synchronized swimming at age six in Monterrey, Mexico. He competed in many national meetings in the aforementioned discipline during his childhood before switching to competitive swimming in high school. She is an expert in CrossFit and is beginning to train jiu-jitsu.

Fernanda De La Mora: a 27-year-old entrepreneur born in Mexico City who has lived in multiple places around the world, but currently resides in Miami, Florida. This jewelry chain owner is fond of fitness and has competed in soccer, track and field, gymnastics and boxing competitions.

Rebecca Valentine: the 27-year-old is a Puerto Rican account executive who has played sports since she was nine years old, including basketball, soccer, track and field and surfing, and most recently beach tennis. She started modeling at age 15 and has participated in beauty pageants. His dream is to launch his own marketing company.

Lupita Gavilanes: a 25-year-old girl who was born in Fort Myers, Florida, but her parents returned to Mexico when she was 13 years old. This CrossFit enthusiast moved to Brooklyn, New York last year to seek a better future. Throughout her life, she has been involved in volleyball, soccer, and participated in jumping rope competitions.

Alicia Beltran: 27, born in Sonora, Mexico, currently lives in Los Angeles, California. This personal trainer is also a nutritionist. The sport runs in his family, since his mother was a volleyball player and his sister is a fitness expert. She was a national handball champion and is an avid mountain biker as well as a swimmer.

April Garcia: 24 years old, is a Mexican student from Dallas, Texas who is currently obtaining a degree in physical therapy from the University of Querétaro, where she plays Flag Football. The sport became her passion at age 18 and since then she has played in a variety of national tournaments, in addition to her experience as a cheerleader and gymnast.

• ‘Exatlón United States’ returns to Telemundo and they confirm the premiere date
• They dismiss ex-participant of ‘Exatlón’, Kelvin Renteria, as a traitor in ‘La Casa de los Famosos’