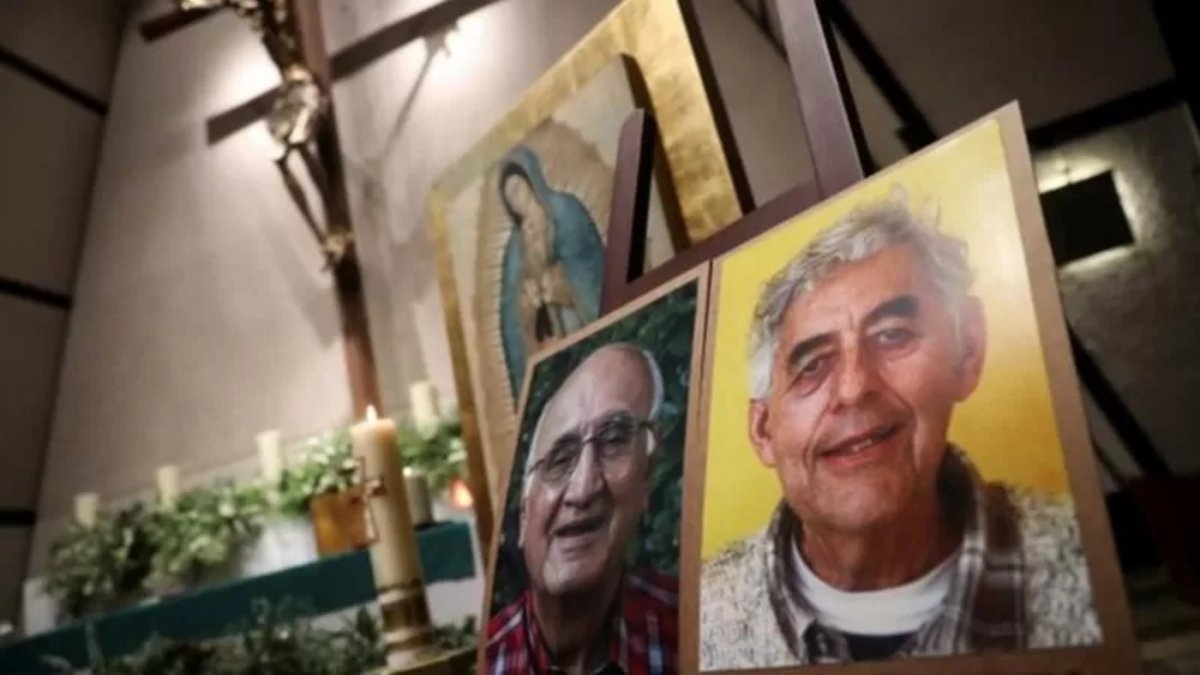 What have they killed the Jesuits that they have not killed within themselves before? The vile murder of the priests in the Sierra Tarahumara that has led to a barrage of criticism of the Mexican State must be observed in a historical and honest perspective, it is not fair to take advantage of the suffering of the violent people to revile the Mexican government. The Mexican narco-republic did not start this six-year term and there is an old co-responsibility in the destruction of Mexico by various actors who do not stop and hide their true interests.

One of the countries where Catholic priests are most murdered is Italy; the Camorra, Mafia and Cosa Nostra commit barbarities against the religious as in Mexico and even worse than those spaces where civilizing conflicts exist. The attitude of the Catholic religious authorities in that country has not been like in Mexico; on the contrary, instead of a false victimization, the Catholic Church has decided to excommunicate the mafiosi, placing them in a more serious and/or similar situation than the historical enemies of the region: Freemasonry. The social fabric of the Mafia is directed to Gehenna, and although this is deduced by the simple distinction of good and evil, it is symbolically different when the religious authorities have recognized it, proclaim it and warn the communities. Regardless of social prestige, pageantry or role setting; people linked to the mafia – in any way – are lost souls. The fate that stigmatizes Catholic politicians has ineluctably widened. Perhaps hell does not exist, but society understands that the power of the Mafia -and its partners, including high religious- has a satanic dimension seriously recognized by the Catholic vertex.

The Catholic Church, and Jesuitism in particular, have more resources, power, influence, secret and reserved societies, infiltrators and soldiers, than the Mexican State. The Holy See represents a world power, a historical empire, which -as in the Italian case- has subjected the country and prevented institutional consolidation countless times. The eventful secularizing and reforming processes have not been an obstacle for the Catholic Church and the Jesuits to recover their material and spiritual power. With everything and the processes of national consolidation -Italy (Franco Savarino)- the Catholic countries cannot escape from the factual power that religion represents, despite the existence of the Italian State, it is the Catholic Church that controls the country, especially after the Second World War. The result has been a Sicilianization (Campbell, Puzzo, Saviano); therefore, the impossibility of controlling the Capos has led to the fact that in Italy the mafia is excommunicated and not only in conscience. And in Mexico? And in Latin America?

The exhibition of the controversial film “El Crimen del Padre Amaro” establishes a metaphor of the Sicilianization that has been experienced in Mexico for several decades. Father Amaro, Father Benito and Father Natalio are everyday characters in the social fabric of our country, each one knows them in his own way, the padrotón and Father Gus; the bishop is unmistakable. The priests who prostitute women, steal inheritances, bless social groups of drug traffickers, bosses and extortionists, guide the development of laundering and exploitative companies, promote classism, casticism, racism, etc., and the priests who defend the people. The Bishop, Amaro and Benito always impose themselves on Nazario; the dissident parents are sent to the Comalas of Mexico so that they learn to obey and respect their masters, or else, that they disappear in the interlude and allow the “civilizing work” of the excellent minorities to continue.

Roderic Ai Camp finds a link between the ecclesiastical hierarchy and the sons/relatives of landowners that determines the social order of the elites of Mexico, it is enough to remember the origin of synarchism. Is it that Camp is a genius and therefore he is able to find such information? No. It is that the corruption and abuse within the religious bureaucracy in the Catholic Church is evident that even a baby is aware of it -as the classic would say-; but you have to be a foreigner to point it out publicly, or write true symbolic literature like Carlos Fuentes, José Revueltas and Carlos Monsivais, or develop an enormous sociological load like Bernardo Barranco, Elio Masferrer, Roberto Blancarte, Fernando M. González; or be as crazy as Friedrich Nietzsche. Sicilianization is accompanied by the silence and discretion so distinctive of the secret of confession and complicity.

Just as the sons and landowners were the majority in the lineage of the Mexican bishops, now there are the sons and relatives of caciques and mafia bosses. They are well-known and frequent cases, such as that of the femicide lawyer, former legal advisor to Bishop Onesimo Cepeda, or the adventures of the Legionaries of Christ, or the distinguished students of the most prestigious confessional schools – Cumbres, Ibero, Panamericana, etc. .

The excommunication in Mexico is put into practice against priests like Miguel Hidalgo y Costilla or José María Morelos y Pavón, not against gangsters. Father Natalio’s avatar (Nazarín-Benito Pérez Galdós) represents the revolutionary priests or true followers of the gospel -that of the needles and camels-. Father Gus, always punished as the Nazarin in Father Amaro’s film, took the example of the missionary Daniel Combony, but in Mexico -and Italy- there are lions more violent than African lions; lions that only understand with other lions, those of the Toral race (the Pro are not wise and there are not many left). The Comalas of Mexico are still small towns full of gunmen, thugs, rapists, bandits and extortionists; but good producers of caciques (Machos, Amos, Zetas Chiefs, Chuecos) so that the bosses -Amaros and Benitos, Palafox and Abad-Queipos, Borgias- do their thing; above all money, a lot of money, and thus negotiate directly with the devil as you intended, and you have done well, Don Vito Corleone. In Italy, finally, it has been recognized that three Our Fathers do not revive the dead or repair damage; it is a great religious and social recognition, the simulation can lead everyone to hell, even if it is the one in history. Can Ferrari, Lamborghini, Armani, Dolce and Gabana, erase the mark of Italian Sicilianization. Hell exists, even if it is the hell of history, even if it is the history of losers.

In a discussion with combatant priests during the Central American guerrillas, particularly with the issue of the assassination of Monsignor Romero and several Jesuits during Operation Condor, membership and, above all, loyalty to an ecclesial bureaucracy that had been permissive with Yankee imperialism was questioned. and dictatorial rights. Why continue to be Catholics and, above all, priests of a Church that abandons and betrays, whose preference for power is undeniable? Why serve a Church that only allows you to be an altar boy or a teacher, a ranch father at most, if you don’t come from a gachupina lineage or are related to a cacique/landowner (Carlos Fuentes)? The answer has not allowed for counter-replies for many years: The Catholic Church is the whore of Babylon (Vallejo), but she is your Mother. For the progressive Catholic guerrilla, leaving religion meant leaving the Church in the hands of Luther; you have to be inside, fighting, because the anti/church is there. You should not reason with faith, reason always loses.

If the Catholic Church is Agrippina, then she must put up with Nero.

Criticism of the Mexican government for the terrible murder of the Jesuit priests in Chihuahua must be honest and not opportunistic. Mexico is experiencing a war where the factual powers -among them the Catholic Church- are responsible for the Failed State, President Felipe Calderón called for a war that Mexico lost and must be recognized. The Catholic Church, the third sector and the oligarchy demand strength of action from a political system that is defeated, at the limit of its functions; so can not be. What if the Mexican ecclesial bureaucracy did what the Holy See has implemented in Italy against the Mafia? What if the high Mexican Catholic hierarchy began to attend to what Mario Bergoglio requested of them in 2016? Javier and Joaquín smelled like a shepherd, and the bosses?

Chueco is synonymous with Mexican. I imagine Jorge Portilla’s reaction when the nickname “crankshaft” makes many of his countrymen proud, indelible tattoos that they will always show off. Catholic countries stand out among the most corrupt in the world. The Italian religious reaction against the Mafia could be a prelude to change, Catholicism could also learn from Islam, Buddhism and Confucianism that seriously fight against corruption; religious reengineering may be more useful than IMCO.

The soldiers of God who now urge a Cristiada must understand, like the soldiers of Mexico, that the enemy is inside and the war is internal. Priests, especially those like Javier, Joaquín and Natalio, should not be forced to devour the sins of others and deliver their souls to the earthly purgatory that is Mexico. The progressive priests of Chihuahua -and of other states- were not killed by the State but by the Mexicanism for which the Jesuits and the Catholic Church are responsible.