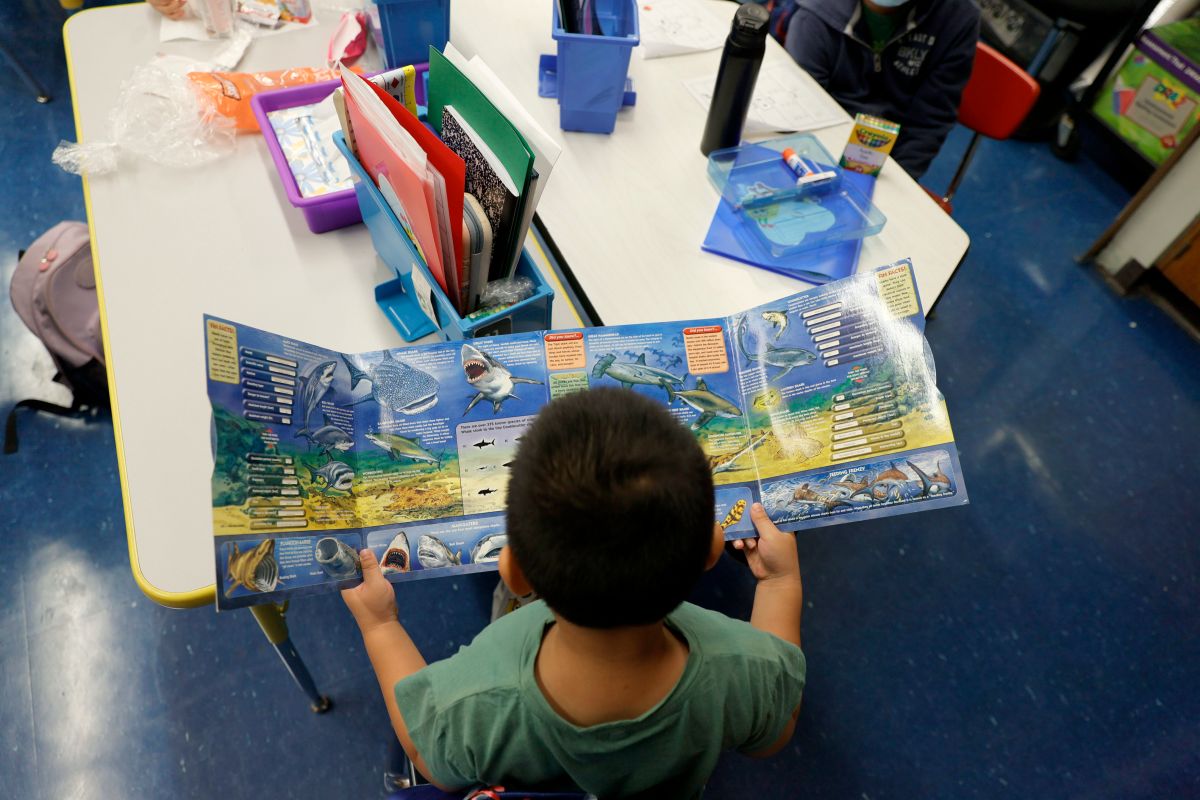 The Big Apple is expanding its Gifted and Talented Program to ensure every child, in every zip code, can benefit from accelerated and enriched education

This was announced yesterday by Mayor Eric Adams and the Chancellor of the New York City Department of Education (DOE), David Banks. The expansion includes the addition of more than 100 new seats for kindergarteners and 1,000 for third graders. Applications for both programs will open on May 31.

“We are redoubling this administration’s commitment to our youngest New Yorkers by adding additional seats and eliminating inequities in the admissions process to allow this city’s students access to accelerated learning,” Adams said, adding that thanks to this expansion For the first time, “there will be a gifted and talented program in every school district in this city. This is how we give each young person the opportunity to grow, to learn, to explore their talents and imagination.”

For Chancellor Banks, with this expansion, more accelerated learning opportunities are provided to more families, “at the same time that we provide an equitable and fair process to identify students who will excel with it.”

The announcement was met with praise from some lawmakers and student advocates.
City Council President Adrienne Adams believed that all students, regardless of race, income, or the neighborhood they live in, deserve equal opportunities to accelerate learning and meet academic challenges, and the Council will continue to work to make sure this expansion “not only helps more students succeed, but also reflects the diversity of our city’s students.”

For Ronald Lauder and Richard Parsons, co-founders of the Education Equity Campaign, expanding the number of Gifted and Talented programs is essential to addressing the inequities that affect New York City’s public schools.

“While some Manhattan boroughs currently have as many as seven gifted programs, some communities of color in Brooklyn and Queens have just one,” they said.

It deepens the inequality

But not everyone agrees with expanding the program.

For ombudsman Jumaane Williams – who was a beneficiary of the program – while adding more seats, more access and more opportunities is an improvement that will extend these benefits to more students, it is also the expansion of a program that is inherently unequal.

“Even when it was enrolled, the gifted and talented program had deep inequalities, which have only become more pronounced in the decades since,” he said.

According to the Ombudsman, the best way to ensure that every student has the highest quality education is through a school-wide enrichment model.

Just this past February, Williams released the ‘Invest in Education’ report outlining key priorities for equitable investment and renewal of the city’s school system as the city works to recover from the COVID pandemic. -19.

The document stressed that New York City public schools are among the most segregated in the country and recommended eliminating programs for gifted and talented children on the grounds that it would be a significant step toward desegregation in the schools.

Another official who was against the extension of the program, was Comptroller Brad Lander, who was forceful in highlighting that programs for the gifted and talented have repeatedly been seen to lead to racial segregation.

“Elementary school students benefit from learning alongside peers with different backgrounds, abilities, and interests. Let’s be clear: that is one of the main virtues of public education,” Lander said. “Expanding a program that separates students, often based on class and race, is a retrograde approach that does nothing to improve the quality of education for the vast majority of our students.”

In 2019, the School Diversity Advisory Group, a special committee created by the past De Blasio Administration, recommended ending special programs for gifted and talented children in public schools in order to combat segregation and believes “ enrichment models” or unselective schools. According to a report from said committee, only 25% of the students selected were black and Hispanic.

Parents or guardians who want more information about the program and admission requirements can go to schools.nyc.gov/GT. For information in Spanish, go directly to https://tinyurl.com/2p9e5wpw.