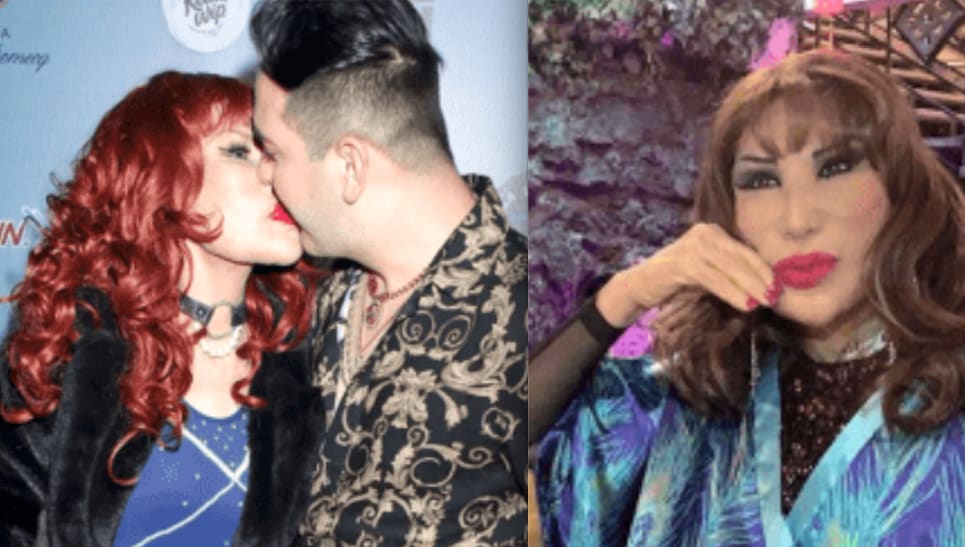 She doesn’t care about the baby shower, she wants gifts for her. What a controversy Lyn May has been generating since she announced that she was expecting a child at 68 years old, before this the star does not tire of the public eye and has confessed that what she really wants for her supposed son’s baby shower is for him Give expensive gifts.

It was several weeks ago when the actress originally from Acapulco, Mexico, reported that she was expecting a child with her current partner, the producer and fashion designer, Markos D1, stating that Lyn May had been in the sweet waiting for 3 months, And it is that although at the beginning this news shocked everyone, later the Mexican gave to understand that she used to “tell one or another little lie”, to entertain the public.

Given this, Lyn May commented in an interview that she was the one who managed her social networks and that many times there she could get a joke or another to keep the public entertained during this time of pandemic, making them “forget” the diseases and the bad time that have happened:

“You have to laugh at something, you have to get something that people are distracted, that is not seeing pure deaths, sick people, then you have to get things that distract people,” said Lyn. “Suddenly things come to me and I say: ‘well, my period is late, I’m pregnant,’” she said, smiling. Despite hinting that her pregnancy could be a joke, now the 68-year-old confessed that she was already preparing her baby shower and “demanded” even several expensive gifts.

According to the news portal Millennium 68-year-old star Lyn May commented in an interview for the show Tell me what you know the various changes your body has undergone due to pregnancy, commenting that you have had intense cravings in the last few weeks. Will this also include the expensive gifts you asked for for your baby shower?

The Mexican newspaper brought out how the native of Acapulco commented that she was already preparing her baby shower, and thus be able to celebrate the birth of her baby, where even Horacio Villalobos had already proposed to organize the party on the morning TV Azteca program, Let the joy come, where you are currently participating.

However, what attracted the most attention was the “requirements” to attend her baby shower, since Lyn May commented that she only wanted expensive gifts, and not necessarily for her baby, but rather for her, ‘ demanding ‘one of the most exclusive brands, Chanel:

“What I want, if they are going to give me a baby shower, I am going to want puuuuuros Chanel perfumes, Chanel bags, everything from Chanel, otherwise they will not enter the baby shower, “said the Mexican actress, arguing that if no one will Give these kinds of gifts better than not even entering the celebration of your baby.

“My mother had a son at 65”; Lyn May already organizes her baby shower and asks for expensive gifts

After confessing this, where she asked exclusively for expensive gifts to enter her baby shower, Lyn May not only said that, but also even responded to the innumerable criticisms and speculations, which claimed that this pregnancy had been through insemination However, the 68-year-old woman commented that this was not the case, and that her mother was a clear example:

“My mother had a son at 65 and he is a composer, he plays the guitar, he is very talented. All coastal women are like that, very hot. My family is fine, they are comfortable with me because they support me ”, said Lyn May quite proud, confessing that the pregnancy had really happened naturally.

She is a boy and is already organizing her baby shower, asks for expensive gifts for her

It was not long ago, when Lyn May had already revealed the sex of the supposed baby she was expecting, arguing that it would be a boy, so she implied it in a photograph of her ultrasound, even commenting that she really did not mind losing her statuesque figure for her little one. shoot:

“I have not thought about the name yet, you are barely three months pregnant and you are already dying. I have had three daughters and my buttocks grow, my belly does not, “said Lyn May before confessing that if they did not give her expensive gifts, they would not be able to attend her next Baby Shower.

The news about the pregnancy of the famous Mexican star Lyn May at 68 years of age, has surprised everyone on social networks, being a topic that has been on everyone’s lips. It should be remembered that even the actress also announced that she was three months pregnant, but not everything has been happiness, since her partner shared the unexpected.

It was through his Instagram account where the singer Markos D1 shared an image that shocked the followers, since he apparently distrusted his paternity. In the image, he was quite excited for the birth of the little boy who is waiting with Lyn May. HERE YOU CAN SEE THE VIDEO OF LYN MAY ASKING FOR CHANEL FOR HER BABY SHOWER Filed Under: Lyn May asks for expensive gifts for her baby shower

A few days ago the Mexican star Liliana Mendiola Mayanes, artistically known as Lyn May, surprised everyone by reporting that she was pregnant at 68 years old, and despite the fact that much is said that it may be a joke on the part of the actress, several Followers are ‘worried’ about her.

Since the Mexican announced that she would be a mother, things had been complicated with her partner, who by the way is 30 years younger than her. The singer Markos D1 generated concern in their relationship, supposedly he did not answer the messages to the star, so rumors of a possible break began. Filed Under: Lyn May Asks For Expensive Gifts For Her Baby Shower

Will you ask for DNA testing?

The publication made by the singer on his social network profile left all Internet users very intrigued, although he was excited to know if his baby will be a man or a woman in his hashtags, he doubted that he would ask for a DNA test. Could it be that he doubts his paternity?

“On Sunday I will be arriving in Mexico to find out what it is. So anxious about this whole situation. It feels like a TV show. Boy or girl I’m happy, “he wrote in his post. Then he used the hashtags #daddyorNot (Dad or not) #babydaddy #lynmay # MarkosD1 #DnaTest (DNA test in English). Filed Under: Lyn May Asks For Expensive Gifts For Her Baby Shower

Immediately Internet users began to question the musical artist, asking him about his alleged doubt of paternity or asking for explanations of why he placed that hashtag. Apparently it was not to the liking of Lyn May’s partner. Probably the questioning made him delete the post. Filed Under: Lyn May Asks For Expensive Gifts For Her Baby Shower

“Sow doubts … ..if at that age it is impossible to get pregnant”, “Well if with so many that the baby has had a little of each one”, “CHow many has he gotten himself into ?, that he already doubts if it is from him ”,“ but what evidence, if she is like this from so many surgeries ”,“ But if the lady already said that it is a lie, it was only to give her to talk about the people ”, were some of the comments in the publication of the Suelta la Sopa account.

The Mexican starlet worries when she falls to the ground

Through the Instagram account of Venga la Alegría, a recording was shared where Lyn May is shown wearing a transparent dress and showing off her belly, making her great flexibility with her legs when throwing herself to the ground and doing some maneuvers in the middle of the show. Filed Under: Lyn May Asks For Expensive Gifts For Her Baby Shower

These movements generated great concern among Internet users, as some commented that she should not have done that because of her pregnancy and that she could lose her baby: “The kid is going to come out”, “Madam the baby ”,“ That woman. Isn’t she supposed to be pregnant?