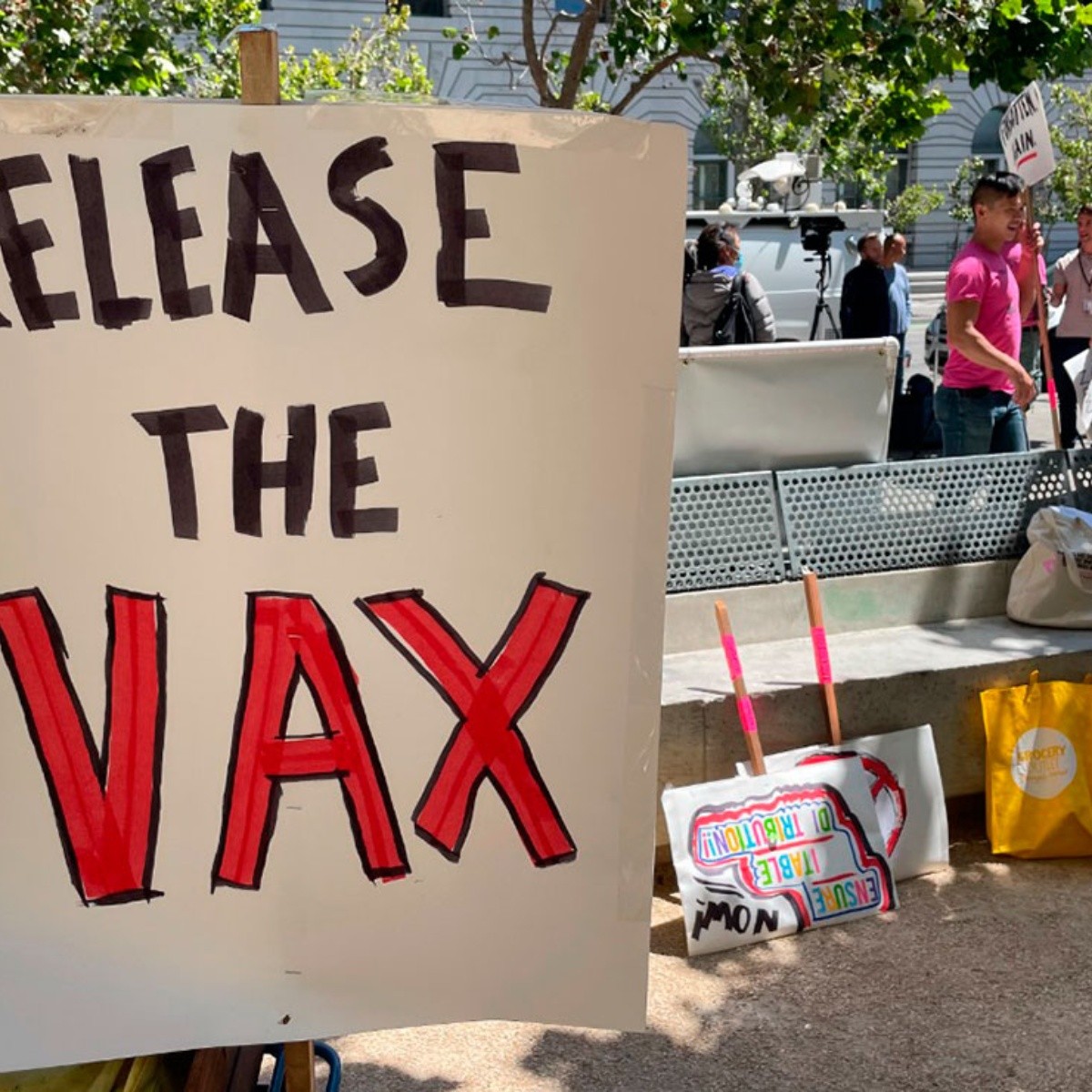 LONDON.- The measures taken by the rich nations to acquire large quantities of vaccines against the monkeypoxwhile refusing to share doses with Africa, could leave millions of people unprotected against a more dangerous version of the disease and raise the risk that the virus will continue to spread to humans, public health authorities warn.

Critics fear a repeat of the catastrophic inequality problems seen during the coronavirus pandemic.

“The mistakes we saw during the COVID-19 pandemic are already being repeated,” said Dr. Boghuma Kabisen Titanji, associate professor of medicine at Emory University.

Although rich countries have ordered millions of vaccines to curb monkeypox within their borders, none of them have announced plans to share the doses with Africa, where a deadlier form of the disease is spreading than exists in the West.

From May to date, more than 21,000 cases of the disease have been registered. smallpox in nearly 80 countries, with around 75 suspected deaths in Africa, mostly in Nigeria and Congo. On Friday, Brazil and Spain reported deaths linked to the disease, the first outside Africa.

“African countries that have faced outbreaks of monkeypox for decades they have been relegated to a footnote in global response conversations,” Titanji said.

Scientists argue that, unlike campaigns to curb the COVID-19, against this disease a massive vaccination will not be needed. They believe that selective use of available doses, along with other measures, could prevent the spread of an epidemic that the World Health Organization recently called a global emergency.

Although the spread of monkeypox is much more difficult than COVID-19Experts warn that if the disease reaches the general population — currently, in Europe and North America it circulates almost exclusively among gay and bisexual men — the need for vaccines could increase, especially if the virus takes hold in new regions.

The Centers for Disease Control and Prevention in Africa called Thursday for the continent to be given priority in receiving vaccines, saying it is once again falling behind.

“If we are not safe, the rest of the world is not safe,” said the agency’s acting director, Ahmed Ogwell.

Although the disease has been endemic in parts of Africa for decades, in most cases it reaches humans from infected wild animals and does not usually spread much beyond the continent.

Experts suspect that the North American and European outbreaks may have originated in Africa long before the disease began to spread sexually at two rave parties in Spain and Belgium. Currently, more than 70% of the cases registered worldwide are in Europe and 98% occur in men who had had sexual relations with other men.

The WHO is developing a vaccine delivery mechanism for affected nations, but has disclosed few details about how it works. The United Nations health agency has not guaranteed priority for poor African countries and only said that the doses will be dispensed based on epidemiological needs.

Some experts are concerned that the mechanism could replicate the problems that the COVAXcreated by the WHO and its partners in 2020 to try to ensure that nations with fewer resources obtained vaccines against COVID-19, but repeatedly failed to meet its distribution targets to poor countries and, at times, relied on donations.

“Simply asking countries to share is not going to be enough,” said Sharmila Shetty, vaccine adviser for Doctors Without Borders. “The more monkeypox circulates, the more likely it is to enter new animal reserves or spread” to the human population, she added. “If that happens, the vaccine has to change substantially.”

There is currently only one producer for the most advanced monkeypox vaccine: the Danish biotech company Bavarian Nordic. Its production capacity for this year is around 30 million doses, of which around 16 million are already available.

In May, Bavarian Nordic asked the United States to release more than 215,000 doses it was to receive “to meet an international order the company had received,” and the United States agreed, according to Bill Hall, a spokesman for the Department of Health. The United States will still receive the doses, but later.

The company — focused on the development, manufacturing and marketing of vaccines for infectious diseases and cancer immunotherapies — declined to specify which countries it will distribute the doses to.

Some African officials said it would be wise to store some doses on the continent, especially given the difficulties Western countries were having in curbing monkeypox.

“I really didn’t think it would spread very far because monkeypox doesn’t spread like covidSalim Abdool Karim, an epidemiologist at the University of KwaZulu-Natal in South Africa, explained. to get ahead of a disease like monkeypox, but I’m concerned that the number of new cases hasn’t gone down yet.

Dr. Ingrid Katz, a global health expert at Harvard University, said monkeypox epidemics were “potentially manageable” if limited vaccines were properly distributed. She believes it is still possible to prevent the disease from becoming a pandemic, but said “we need to be judicious in our prevention strategies and quick in our response.”

In Spain, which has the largest outbreak in Europe, demand for vaccines far exceeds supplies.

“There is a big gap between the number of vaccines we have available and the people who could benefit,” said Pep Coll, medical director of a health center in Barcelona that was carrying out inoculations this week.

Daniel Rofin, 41, was very happy that he had been offered a dose recently. He said that he decided to get vaccinated for the same reasons he got immunized against COVID-19.

“I feel sure that it is a way to stop the spread,” he said. “Gay men are a group at risk.”