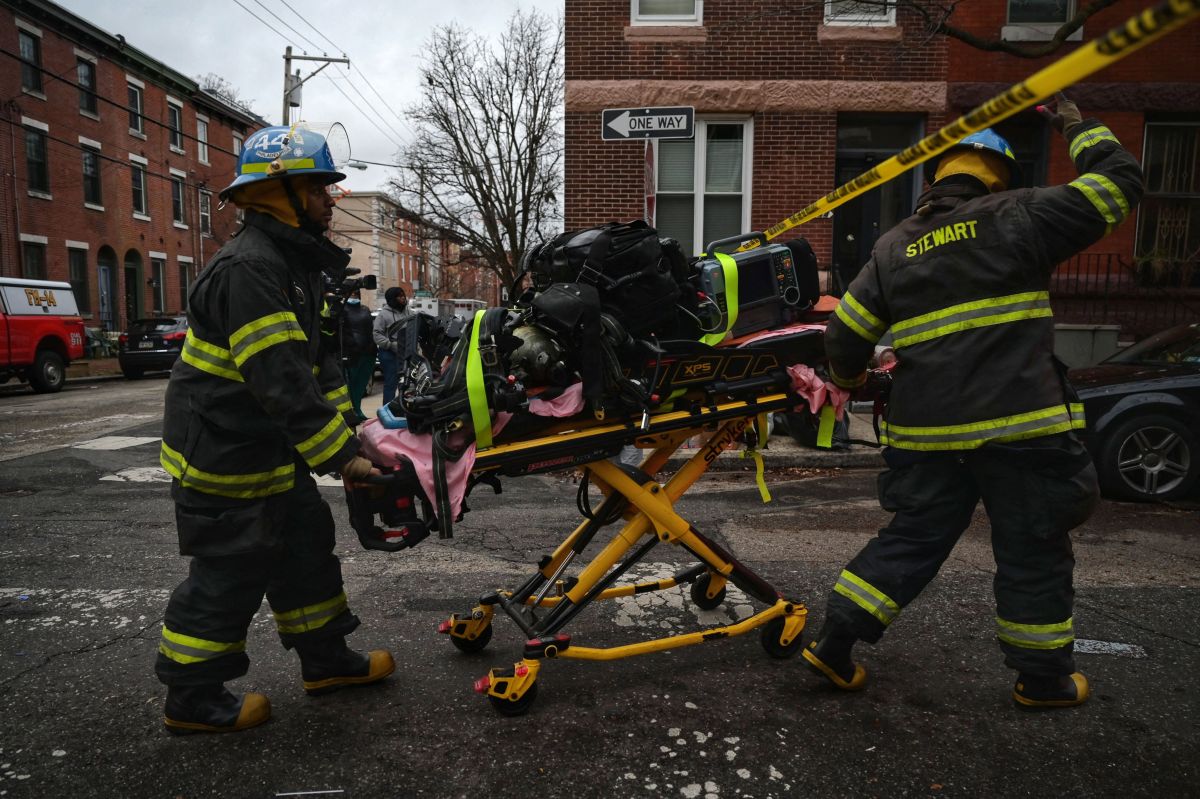 Five people are dead and two others are still missing after a massive explosion ripped through a home in a Pottstown, Pennsylvania neighborhood. Thursday night, authorities said.

Shocking photos reveal the extent of the damage caused by the explosion, which sent debris flying.

The GPottstown County Sheriff Justin Keller confirmed that as of 11 pm local time, four people had died and two others were still missing. About 60 people have been displaced.

During a press conference at noon on Friday, Keller confirmed that a fifth person had died from the explosion. in the 400 block of Hale Street.

Two more are receiving treatment at a residential trauma center. Children are among the injured.

The explosion occurred around 8:30 p.m. There are also reports that a fire broke out after the explosion.

Authorities have confirmed that at least three houses were damaged.

It is not clear if anyone was in the house at the time of the explosion.

Photos from the scene show police cordoning off areas around downed poles and cables. Cars in the neighborhood were also damaged, according to local reporter Evan Brandt.

Brandt shared a series of photos and videos of the devastating scene on Twitter and said residents and first responders are “stunned.”

Neighbors in the area report hearing a loud bang, according to a local NBC affiliate.

Reports indicate that some residents on the street and in the area are being treated for shock after the blast.

Pottstown Schools Superintendent Stephen Rodriguez announced that all schools in the district will be closed Friday as a result of the blast.

“Our thoughts and prayers are with those families,” Rodriguez wrote.

“When schools open again, our counselors and psychologists will be available to provide support.” Pottstown is located in Montgomery County, about 40 miles northwest of Philadelphia.