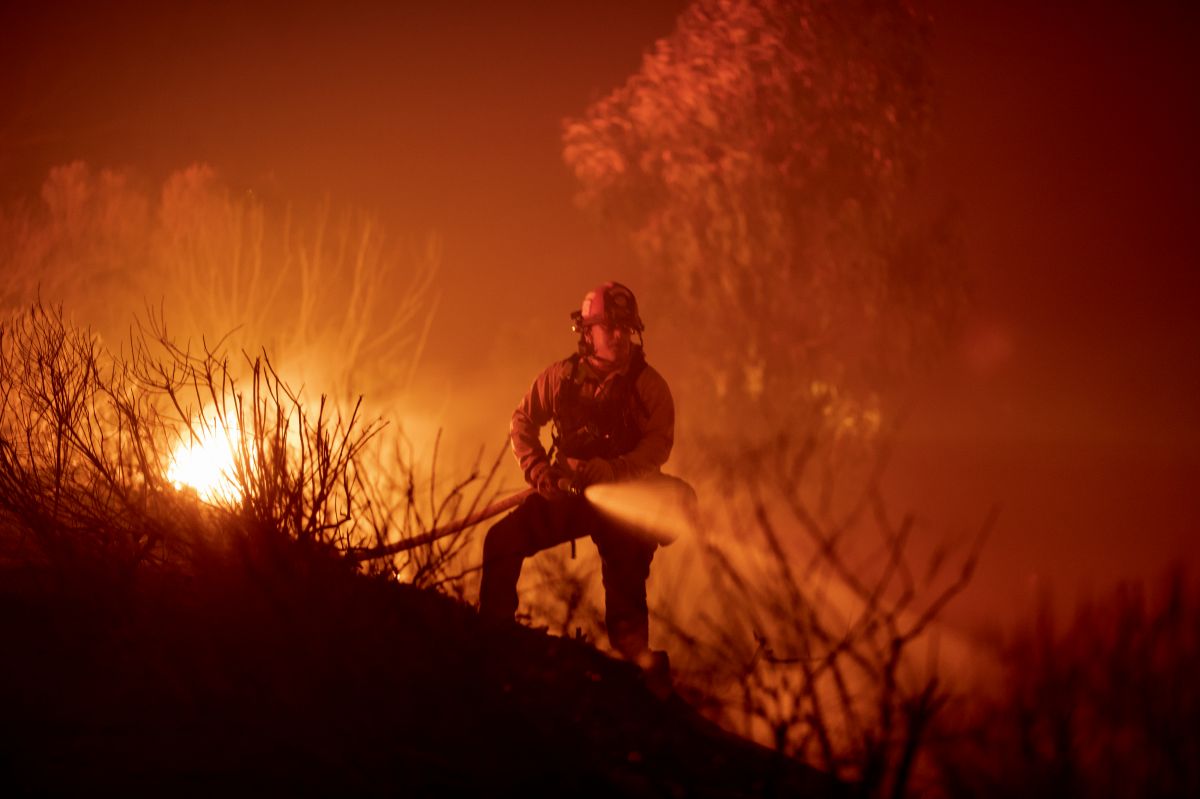 From 10:00 am this Sunday a heat advisory goes into effect for many parts of the region, including Los Angeles and Orange counties, as well as the Inland Empireand that will remain until 8:00 pm this Monday.

Thermometers are expected to hit record highs between 90 and 107 degrees.

Jurupa Valley, in Riverside County, has been affected since this Saturday afternoon by the Union Fire.

Firefighters worked through the night to attack hot spots and clear a ring of vegetation around the fire, which burned in two different places and has burned a total of 110 acres before its advance was stopped. detained, authorities said Sunday morning.

The fire was first reported at 3:49 p.m. Saturday near Indian Camp Road and Candle Light Drive, according to the Riverside County Fire Department. Second place was reported at 5:22 pm at Clay Street and General Road.

At least 2 houses were seen on fire and several more threatened. At one point, firefighters said at least 30 other homes and residential structures were under immediate threat..

In an update, at 8:00 am, the fire was 40% containedfirefighters said.

A mandatory evacuation order issued for residents south of Limonite Avenue, north of Riverview Drive, east of Avenue Juan Diaz, and west of Maverick Lane, was reduced to an evacuation warning at 10:00 p.m. Saturday.

A reception and care center has opened at Patriot High School, at 4355 Camino Real, fire officials said. No injuries have been reported.

Due to the extremely hot conditions, authorities asked residents drink plenty of fluids, stay in an air-conditioned room, stay out of the sun, and check on family and neighbors.

Small children and pets should never be left unattended inside vehicles under any circumstances.

In addition, it is recommended to wear light and loose clothing when possible.

To reduce the risk when working outdoors, the Occupational Safety and Health Administration recommends scheduling frequent breaks in shaded or air-conditioned spaces.

The causes of the Union Fire remain under investigation.

· Extreme heat wave has millions under warnings and alerts in the United States
· There are more than 850 active forest fires in the country, where “unprecedented dangerous heat and high temperatures” are already being experienced.
Yellowstone National Park’s South Loop will reopen Wednesday, but will only see certain daily visitors