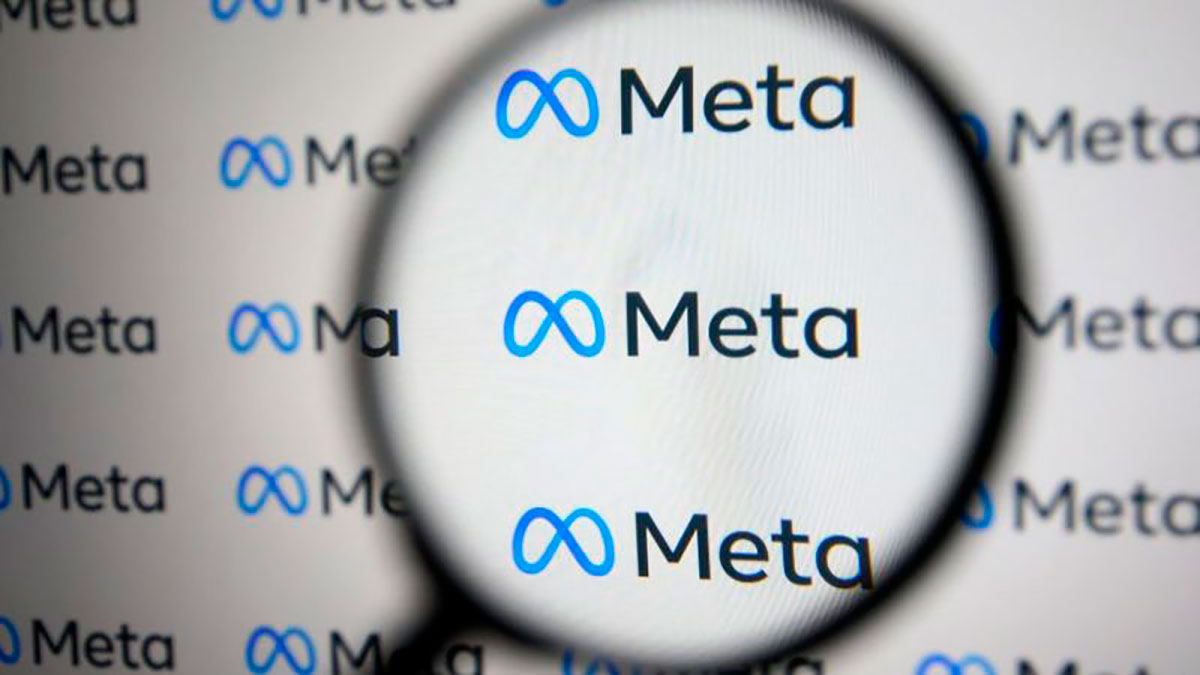 The corporation formerly known as Facebook has a new name: Meta.

There will still be Facebook, Instagram and all the familiar platforms, as this is simply a name change of the parent company.

The new name also invites people to participate in its “next chapter”: a 3D journey to the metaverse, which the company sees as the future of the internet.

But some analysts wonder if the public will trust the firm enough to participate in Mark Zuckerberg’s new vision.

The new name produced millions of online searches for the specific Meta query in the UK and the US combined, analysts say.

Some searches included the questions of what Meta was and what it meant.

In the Oxford English Dictionary there are several definitions of meta: as a prefix “denotes change, transformation, permutation or substitution.” Also “beyond, above, on a higher level”.

The company says it favors the “beyond,” but also seeks a kind of metamorphorsis.

Perhaps also an opportunity to welcome a new brand not contaminated by leaks and bad press, although a Forrester analyst noted that “a name change does not suddenly erase the systemic problems that plague the company.”

Although officially it’s about the future.

“Our new company brand captures where our company is headed and the future we want to help build,” said Meta.

That destination is the metavero.

2. What is the metaverse?

The company believes that the metaverse will be the next evolution in the way we use iInternet.

“In that future you will be able to instantly teleport like a hologram to be in the office without having to travel, to a concert with friends or to your parents’ living room to catch up,” Zuckerberg wrote.

Some of that may seem familiar to those who have experienced the pandemic in video conferencing, but the metaverse vision is reminiscent of earlier virtual worlds, such as Second Life.

However, Meta emphasizes that this is not a virtual environment, but a new three-dimensional space to be used and to what accesser in various ways: “Augmented reality glasses to be present in the physical world, virtual reality to be completely immersed, and phones and computers to jump from existing platforms.”

The company says it is “a virtual 3D social space where you can share immersive experiences with other people, even when you can’t be together in person, and do things together that you couldn’t in the physical world.”

Azeem Azhar, author of the book Exponential, says: “It will not be something that will be contained in a virtual reality viewer that is located in the corner of the living room. It will be a set of things that will be shown in our different applications and on our devices, as these devices improve more and more ”.

In an article in The Times, technology analyst Benedict Evans characterized Facebook’s motivation this way: “If there is anything after smartphones, Facebook wants to be an owner, not a tenant.”

But is the metaverse proper real estate?

Azhar says that “the critical point” is to answer the general consumer question: “What do we really need to do with this?”

He says that right now “we are still looking for that absolute killer application of these virtual reality and augmented reality technologies.”

And if you are successful, instead of replacing existing technology, the metaverse will sit next to you.

“It may have been more than 20 years since texting became popular and people still text, even though there are so many other, richer ways we can communicate with each other.”

At the Facebook Connect event, where Zuckerber spoke about the metaverse, he also flaunted a new high-end headset called Project Cambria.

But the metaverse is a work in progress, and the company says to fully implement the idea. it will take 10-15 more years.

Meta will spend billions of dollars to bring it to life. The company recently announced that will hire 10,000 people in the European Union to work on the project.

Zuckerberg also said that the metaverse would be the work of more than one company, and that “open standards and interoperability” should be part of it.

5. How safe and private is the metaverse?

After all the leaks and accusations directed at Facebook lately, will people trust a world that Zuckerberg built to keep their private data safe?

The newspaper The Guardian He suggested that advertisers could target ads based on their “body language, their physiological responses, knowing who they are interacting with and how?

Zuckerberg and his Meta colleague Nick Clegg, a former UK Deputy Prime Minister, have tried to address the concerns.

Clegg noted that it took several years for the regulation and technology to get right. While Zuckerberg said that “privacy and security must be integrated into the metaverse from day one.”

But whistleblower Frances Haugen told the BBC that “time and time again, we see Facebook prioritizing expansion and growth.” She believes that the resources could be used to improve Facebook security.

Facebook responded that it has no commercial or moral incentive to do anything other than give as many people as possible as positive an experience as possible.