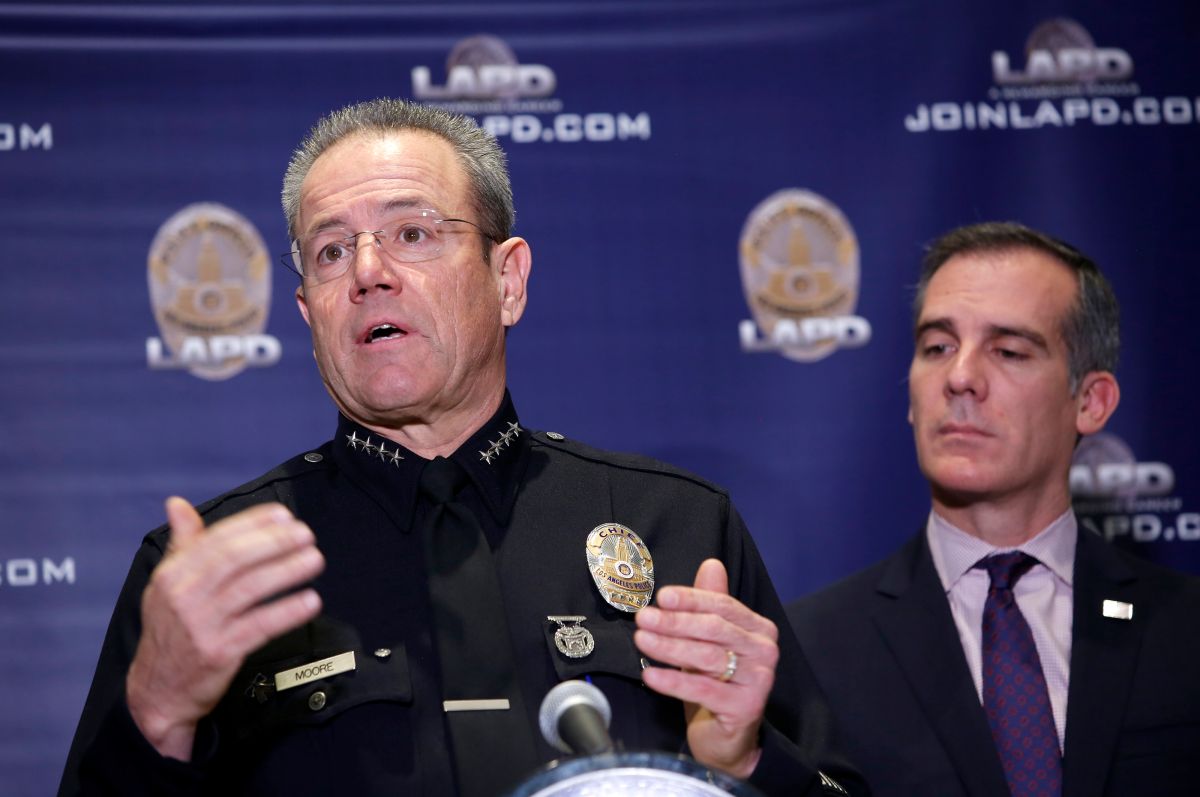 While the Los Angeles police announced the arrest of 14 suspects in connection with the wave of looting and robbery throughout the city, none of those arrested spent more than a day in jail.

All of the suspects were released without paying bail, and are just awaiting their day in court.

His brief passage through the cells is attributed to the zero bail policy, put in place during the pandemic to reduce the prison population, and prevent a further spread of COVID-19 in Los Angeles County jails.

This temporary policy came into effect in June 2020, and applies to minor and medium-serious crimes.

Zero bail policies mean that suspects are quickly released from custody after being arrested and booked for the crimes.

“These are people who need to be stopped. We have opened a large part of the City because we are in a better place with covid-19. We should also open our jails and have judges who also put people behind bars”.

“The vast majority of crimes are committed by relatively few people who constantly play with the system because they know its weaknesses. So we need to protect all communities from those people, ”said LAPD Chief Moore.

Moore and Garcetti said LA County Attorney George Gascón was not the originator of the zero bail policy because it was already in effect before he took office.

However, the group that is calling for the removal of prosecutor Gascón for the second time, attribute the increase in crime, robberies and home invasions due to Proposition 47 of which he is the author and the zero bail policy.

“He is an outspoken advocate for these measures that endanger Los Angeles County residents. Meanwhile, law enforcement agencies continue to issue warnings to be increasingly vigilant and vigilant during these crime waves, “said the proponents of Gascón’s impeachment.

They added that they feel their hands are tied with what they can do, because the district attorney does not prosecute criminals who are arrested.

Prosecutor Gascón has always spoken in favor of ending the cash guarantee system. “The system allows the wealthy who are dangerous to buy their freedom, while those without means who pose no risk to public safety languish in jail awaiting trial.”

He added that the inability of some people to pay bail “leads them to lose their jobs, homes and access to treatment while separating them from their children.”

Campaigning for Mayor of Los Angeles, City Attorney Mike Feuer unveiled his neighborhood safety plan in light of the rise in violent crime in Los Angeles and in several cities across the country since the start of the pandemic.

In their proposal against crime, they highlight hiring more police, a violence prevention program, more solutions at the neighborhood level and reforming the zero bail policy.

Contrary to the voices of community activists calling for reduced funding for police officers, in response to the police brutality exhibited nationwide in the wake of George Floyd’s death in Minneapolis, Feuer is proposing to increase the number of police officers to 10,000.

And they ask to end the zero bond policy.

“Suspects should be kept in jail or put electronic monitoring bracelets on their ankles, not released to the streets, until a risk assessment reveals that they do not pose a danger to the public.”

Last year, California voters defeated the proposition that sought to replace California’s bail system. However, Los Angeles Senator Bob Hertzberg introduced SB 262 to completely eliminate them in the state for most felonies and misdemeanors.

But the wave of high-profile crimes committed by criminals who went free, without bail, defeated the measure in September.

“Repeat offenders are committing new crimes throughout California in communities like the San Fernando Valley and the San Gabriel Valley thanks to automatic release from jail on Zero Bail,” said Patricia Wenskunas, founder and director of Crime Survivors.

According to a report by the California Institute of Public Policy on Public Safety Trends, crime increased during the pandemic in Los Angeles and other major cities.

In addition, the same report highlighted that violent crime has returned to pre-pandemic levels, with homicides increasing by 30%, while property crimes such as car theft and commercial thefts have also grown by approximately one. twenty%.