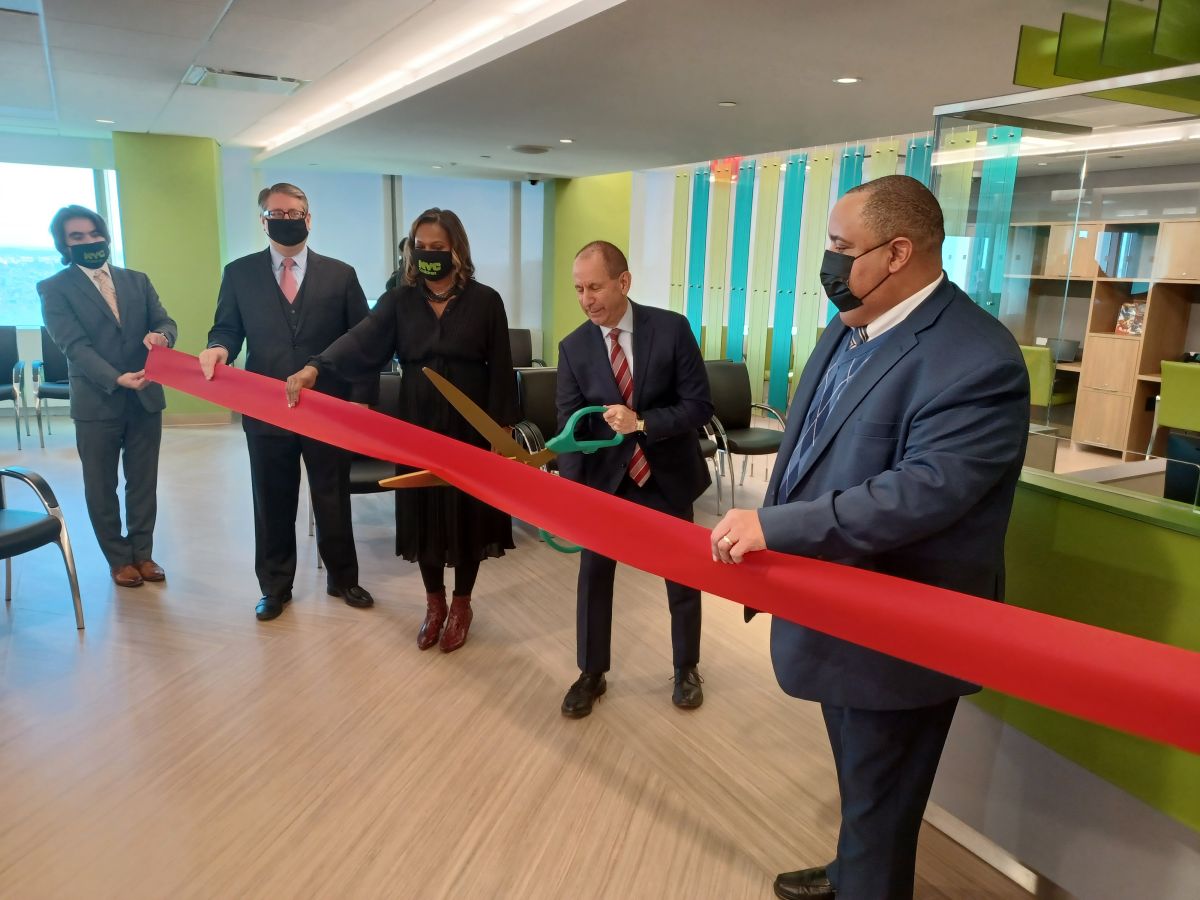 When in the spring of 2020 the executive orders of the authorities of New York established the commercial closings and family confinements Due to the COVID-19 pandemic, cases of intra-family domestic violence immediately began to skyrocket. In many of these cases, there were children involved, witnessing attacks.

“We do not have records that show us that physical or emotional aggressions, direct to our children, have had an increase in the Big Apple, when compared to the pre-pandemic times. What we are very clear about is that new stressful situations and cases of depression was the constant in many “, highlighted David A. Hansell, the outgoing New York City Commissioner for Children’s Services (ACS).

Between the months of March to July of last year, several alarms were lit for all services and organizations that deal with situations of domestic abuse, In parallel to the growth of COVID-19 infections in the middle of the quarantine, all the conditions appeared for a dramatic and bloody hike of domestic violence cases.

Only in New York City, in that period, conflict situations that ended in a fatal balance they experienced a rise of 75%.

“As a City we immediately understood that the best way to keep children safe in that very challenging and unusual moment was to reinforce the support, expanding communication with agencies that directly address domestic violence. Our prevention programs did not stop. Rather, they were reinforced in all languages. And we have created new spaces to offer a better service “says Hansell.

In this sense, in their balance for the year 2021, the main medical groups in the country declared a national emergency in the mental health of children and adolescents caused by prolonged isolation, uncertainty and pain during the coronavirus pandemic.

Additionally, racial and economic inequalities contributed to the disproportionate impacts of the pandemic on the children from communities of color, argue these associations.

“This worsening crisis in the mental health of children and adolescents is inextricably linked to the stress caused by Covid-19 and the ongoing fight for racial justice, and represents an acceleration of the trends observed before 2020“Said the statement reviewed by TNYT.

Before the pandemic, mental health problems and suicide had risen steadily among children and adolescents between 2010 and 2020.

According to the Centers for Disease Control and Prevention (CDC), nationwide between March and October 2020, emergency room visits for children with mental health emergencies increased by 24% for children between 5 and 11 years old, and in a 31% for those between 12 and 17 years old.

Among girls ages 12 to 17, ER visits identified as potentially the result of a suicide attempt increased more than 50% in early 2021 compared to the same period in 2019, according to the CDC.

A new and modern space

And precisely to reinforce with new technology these care services for families in conflict that involve traumatic and risky situations for the little ones, the ACS opened on Monday a modern space for the Division of Protection for Children, located in the 12 MetroTech Center, in Brooklyn.

The new office consolidates four of Brooklyn’s child protection sites and will accommodate close to their 500 workers in this renovated central location.

The new space offers better access to public transport, is close to the Family Court and has 28 new spaces for family conferences and visiting areas. Baby items, food and clothing will also be provided for vulnerable families in need of resources.

“We want to reiterate to New Yorkers that there are a range of various resources for children at risk. And at this point, it is a message that we want to reinforce not only to parents, also to relatives such as grandparents, uncles, cousins ​​and even neighbors who suspect or witness a situation of aggression”, Highlighted Ivette Espinoza, ACS Research Coordinator.

During any given day, more than 20,000 city infantry they receive preventive services from this agency.

In some cases, due to the high risk of the child, the protection staff may assume that the intervention of the Court is necessary either to obtain supervision under the order of a judge or to request the authority to remove the child and transfer him to a foster care center.

“We insist on those who feel that there is a minor at risk. Come to us without fear, that there are programs that can help. From support to change a lock on a house, to ongoing family counseling programs, ”Espinoza said.

“My daughter was overwhelmed and I did not know”

The Salvadoran immigrant ‘Gladys’ MontesinosThe 35-year-old panicked when her 8-year-old girl “almost desperately” refused to return to school in North Brooklyn in person.

“They gave him fits of despair when he mentioned that he had to go back to the classroom. He almost got down on his knees to ask me that I didn’t want to go back. Got sick He even got a fever. It was very sad for me, “said the Central American.

During this time, she became acquainted with ACS family support services. Behind the student’s refusal was, among other triggers, the tension that caused her to be made fun of by her classmates due to his low level of English.

“She was with a trauma that she had never communicated to me. And in the middle of the pandemic, he discovered that he could live more in peace without being overwhelmed by his peers. Those are little things that can even lead a child to make an attempt for his life. As a mother, I tell families not to underestimate any reaction from their children. You have to seek help because you just can’t, ”Gladys reacted.

Do you know of a child at risk in NYC? I looked for help:

To learn more about community services in your ACS community, visit the website by clicking here: https://www1.nyc.gov/site/acs/index.page