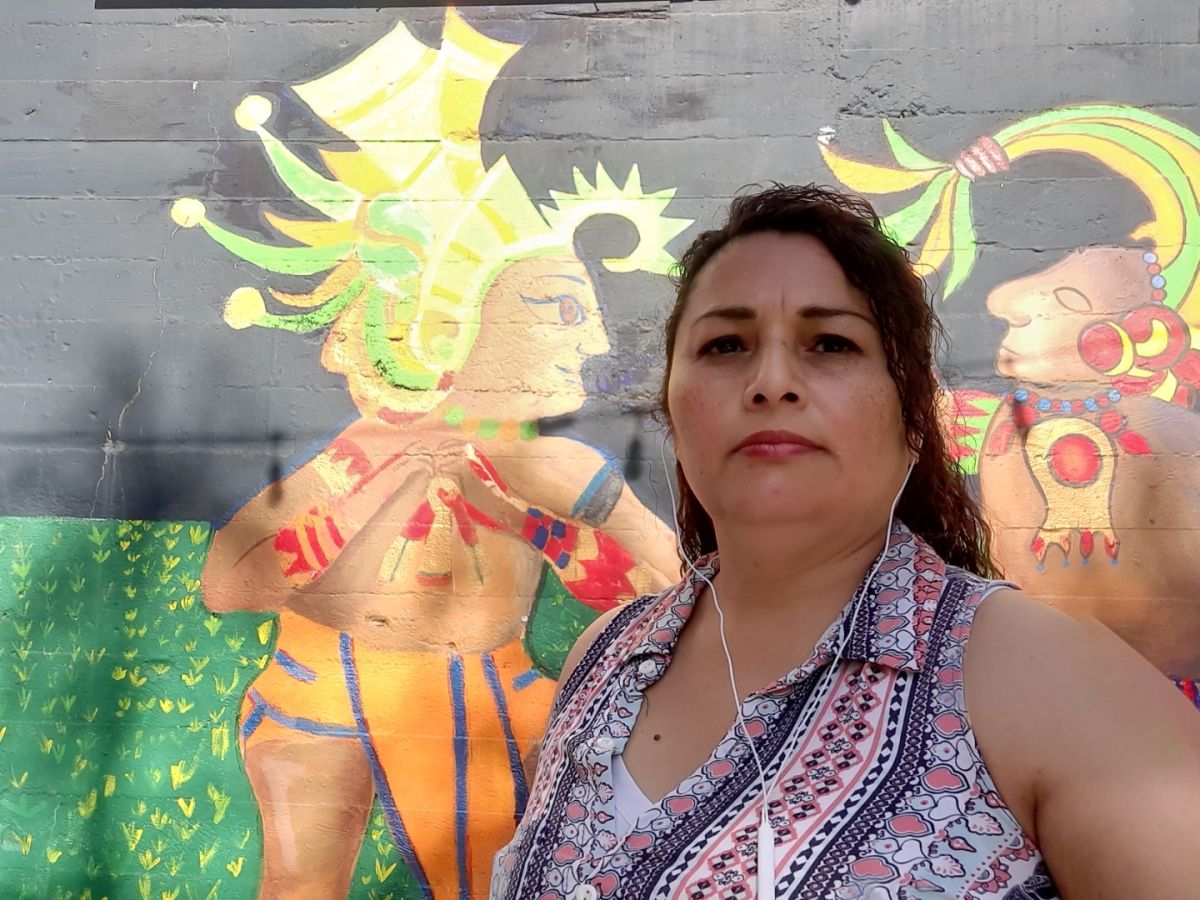 Since food prices have skyrocketed as a result of high inflation, Monserrat Urías, a mother of 4 children in Long Beach, is hunting for deals and discount coupons.

“I buy in stores that have discounts, as long as they are not too far from my house, because with gasoline so expensive, my husband says that it is the same if we go shopping far away.”

For her, what has risen the most in price has been the cost of food. “Almost twice as much!” she exclaims.

Fortunately, at home, her husband and two of her daughters work, and although they don’t earn much – she says – everyone contributes.

“The first thing we secure is rent, and then food.”

However, he shares that since everything is becoming more expensive, he has tried to cut costs as much as possible.

“We no longer eat on the street, and I stopped buying my youngest son junk and frozen food. I don’t give him those tastes anymore.”

Last month, inflation in the United States rose 8.6%, the highest figure in the last 40 years, prompting the Federal Reserve to raise interest rates by 0.75%, the biggest increase in almost two decades.

At the same time, on July 1 in Los Angeles, the minimum wage increased from $15 an hour to $16.04. But not all workers see it as a relief to their pockets.

Evelyn Hernández, a mother of a family, married with three children in college, says that this increase in the minimum evaporates in the face of high prices, even more so if we add the high prices of gasoline.

“My husband works as a carpenter, and I have a full-time job, but I’m seriously thinking of getting another part-time job to make ends meet.”

With three children in college, the expenses are high, but food prices are also skyrocketing, she says.

“The gallon of milk costs $5. A pound of meat, $12 or more, and even vegetables are very expensive.”

She says she’s always looking for specials and coupons when she’s shopping.

“The truth is that we have cut a lot of things. We buy the basics and ration the portions of the meals. Before, I could afford to get my nails done or get a massage. Not now”.

To alleviate the situation, President Biden proposed to Congress to suspend the 18.4 cents per gallon gas tax for three months, and asked the states to temporarily suspend the taxes as well. But he has met stiff opposition.

“There is no way to guarantee that a single penny from a gas tax cut will go back to consumers, and there is plenty of evidence to show that the big oil companies have a long history of using those extra profits to fill their own coffers.” Mark said. Watts, California transportation lobbyist.

Meanwhile, in California, on July 1, a 2.8-cent increase in the gas tax went into effect, for a total of 53.9 cents per gallon in state taxes.

At the same time, the average price of gas in Los Angeles is $6.31 per gallon, almost two dollars more than the national average.

“Instead of helping California families, Petrie Norris and his friends are making life even harder, just in time for the peak of the summer travel season. We have a $100 billion budget surplus, but liberal politicians in Sacramento continue to present their political agenda to the people of our state. This has to stop”.

As a counterproposal, the governor and Democrats reached an agreement to provide 23 million low- and middle-income Californians with checks for between $200 and $1,050 starting in October to help with high gasoline costs.

The amount of the one-time check California car owners will receive will depend on their income and the number of children they have.

The economist Manuel Ramos says that the stimuli really help the community temporarily.

“They are not a solution. The fact of putting more money in the hands of the taxpayer, although it stimulates demand, the more demand, inflation continues its rise, when it is in the balance where we are going to find a solution to this inflationary problem”

When do you estimate that this inflation will end?

“Next quarter we are going to see how the inflation rate is compared to 2021. Let us remember that monetary policy has its effect, months after being implemented; and the fact of increasing the interest rate reduces consumption”.

However, he considers that this type of package, such as the one in California that delivers more than $17 billion to taxpayers in direct capital deposits, “is still more gasoline so that inflation takes longer to have that contraction that the Federal Reserve expects” .

Financial advisor Paula Bahmon says that given the inflation we are experiencing, in a state where the cost of living is already much higher than in any other part of the country, people have to become aware of saving, and that the union makes the force.

“They must spend less than they receive, and it is time for adult children of 25 or 30 years to live a little longer with their parents to save; and if you can’t live with the family, look for a roommate to share expenses.

He advised families to be more efficient with the resources available to them.

“If you can, use some kind of public transport, discount coupons, take advantage of the offers in the markets, try to find a house that is close to where you work, and take good care of your money.”

And if you are an entrepreneur, find a partner to maximize time and resources.