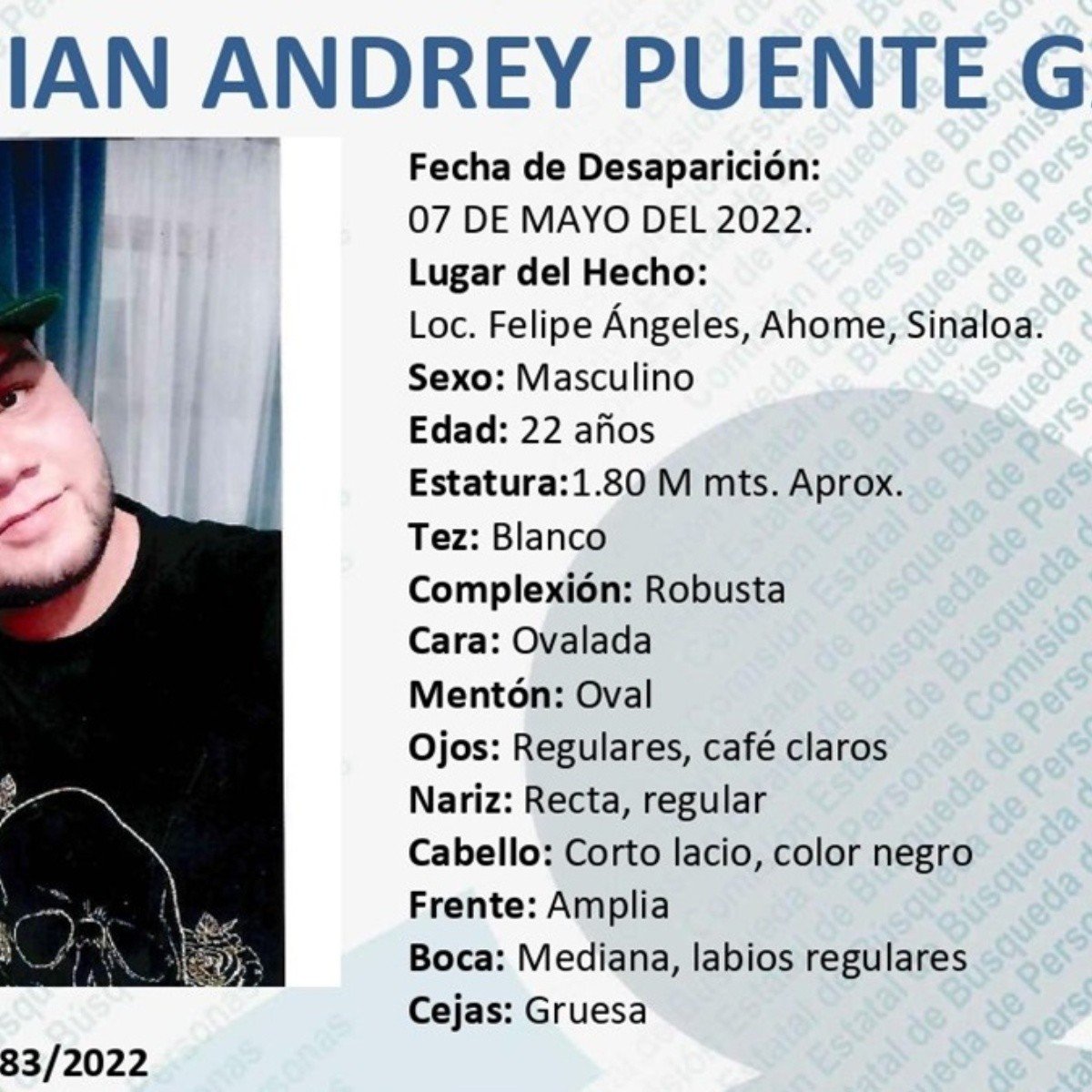 Los Mochis, Sinaloa.- Relatives of Cristhian Andrey Puentea resident of the Felipe Ángeles ejido, in the municipality of Ahome, ask for the collaboration of citizens to locate him, since he is missing since last May 7 of this year.

The State Commission for the Search of People in Sinaloa issued a file with his description to request the support of citizens to locate him.

Cristhian Andrey was wearing blue jeans, a black round neck shirt with a skull print on the front, and size 8 1/2 black tennis shoes.

As particular signs, he has a scar on one of his legs and on the right side of his nose.

The young man left his home located in the town of Felipe Ángeles last Saturday, May 7 at approximately 3:30 p.m., and since then his whereabouts have been unknown.

It is considered that his integrity could be at risk since he may be the victim of a crime.

The State Search Commission asks to report any information that helps to find his whereabouts to the telephone number 667 184 1256, or to the 911 emergency service.