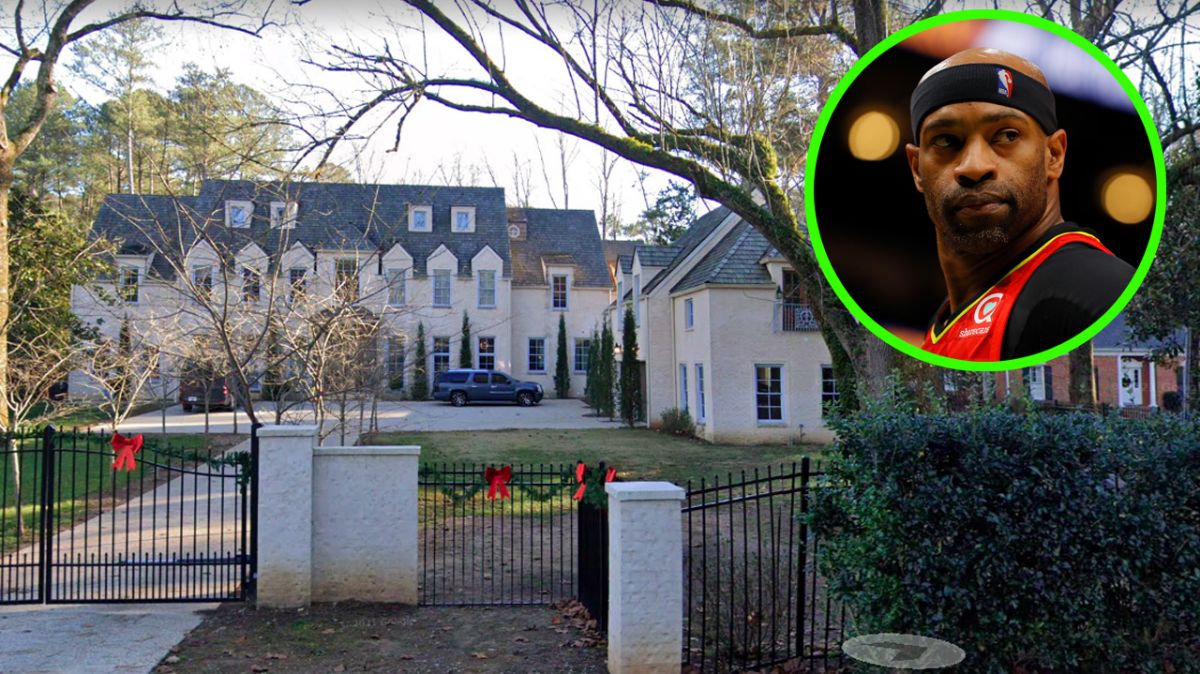 Sondi Carterwife of former basketball player Vince Carter, lived last Sunday one of the most complicated days of her life after a subject broke into her mansion, which led her to hide, along with their two children, in one of the closets of the property.

According to the police report, released Wednesday, a subject entered the family’s home in the Buckhead neighborhood of Atlanta around 11:50 pm and stole $100,000 cash after loitering in several of the rooms.

The criminal, whose identity is unknown, fled minutes later aboard a van, but not before getting rid of two weapons and losing part of his loot, since spread around $16,000 dollars all over the street.

It turned out that one of the weapons, a Desert Eagle, belongs to Vince Carter, while the other, a black Glock with an extendable cartridge, would belong to the criminal, from whom the police managed to collect his fingerprints.

Despite the tremendous scare they took, Vince Carter’s family was unharmed. Damage is only reported on a fence and one of the windows.

The robbery was possible despite the strong security device that the house has, which is equipped with 16 video surveillance and alarm cameras.

How is the house of Vince Carter who was a victim of crime?

According to the technical sheet, released by various media, the property has an extension of 9,528 square feetwith nine bedrooms, with eight full bathrooms and two half bathrooms.

Outside, on his lot an acrehas a terrace, green areas, two saltwater pools with their respective spa area, pool house, guest house, orchard, playground, among other amenities.

To see more pictures of their Buckhead home, click here.

Video: Nathanael Cano runs fans from his house and threatens to call the Police
Meet the beautiful mansion that Wiz Khalifa sells in Encino just three years after buying it
Dwayne ‘The Rock’ Johnson makes his cousin cry after giving her a house and a luxurious van
Video: This is the inside of the simple house of the controversial influencer Chumel Torres