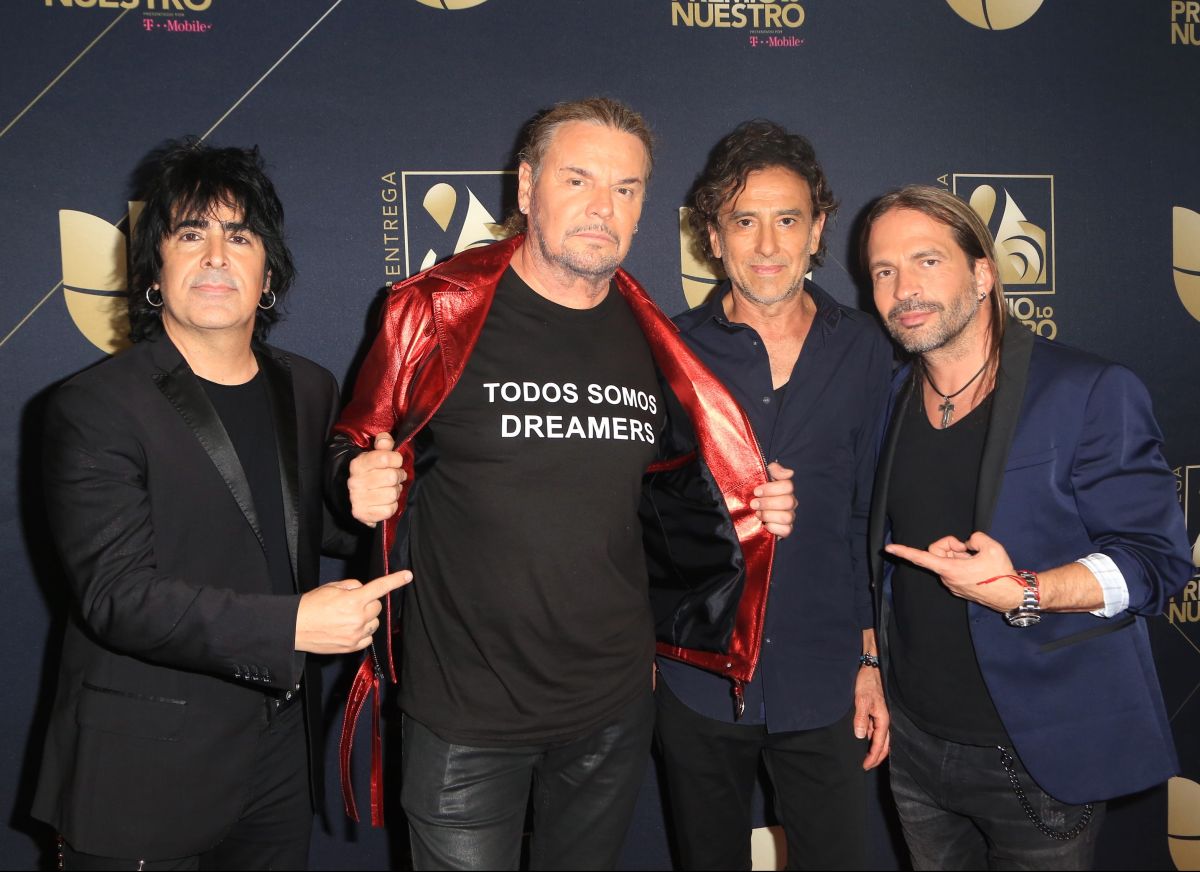 what a moment he lived Fher Olveravocalist of the Mexican group Mannawho during the concert he offered this weekend in Los Angeles, California, was “tackled” on stage by a euphoric fan who went up to greet him, but caused them both to end up on the ground.

After a successful tour of Mexico, last Friday, June 24, Maná performed at the first of two concerts that it will offer at the Kia Forum in Inglewood, California, where its fans gave themselves over to sing each of its songs.

However, one of the moments that became the most talked about of the night was when a fan received the invitation to go on stage and live with the leader of the Mexican band, but her adrenaline got out of control and she ended up tackling the singer.

In the video that was shared on the official Maná social networks, it can be seen when the young woman named Nancy comes running down some stairs located next to the main stage to where Fher Olvera was, who receives her with open arms, but in the midst of emotion she throws herself into an effusive hug. The embarrassing moment culminated when they both ended up on the ground.

“All good, all good. What’s your name? Hey… do you play football?“Asked the interpreter between laughs and unable to believe what had just happened.

It is worth mentioning that Fher reacted with a complete sense of humor to the incident that could have ended badly, but far from being upset by his fan’s show of affection, he hugged her and both stayed on the ground while receiving help from the security team.

Among the rain of comments that the publication generated, is the message of Eden Munoz, who between laughs wrote: “What a good takleo”, to which he obtained a forceful response: “He left with everything, compa! Hahaha we send you a hug ”, reads about the short recording that has been played more than 400 thousand times.

While the young woman confessed that “adrenaline won”, and despite having spent the shame of her life, it will be a moment she will never forget.