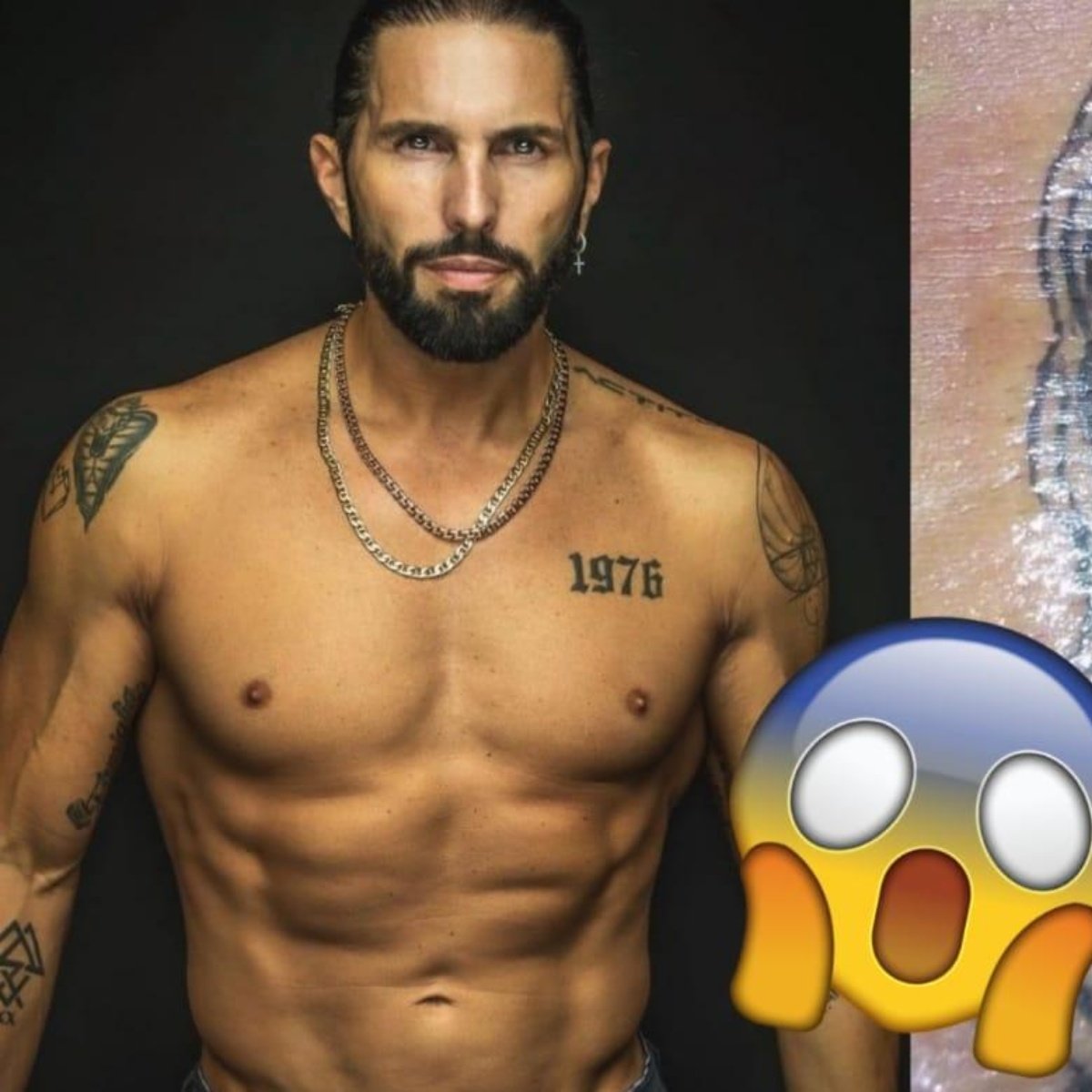 Nigris Poncho became a topic of conversation on social networks and not precisely for starring in a new controversy, but for showing off that a fan tattooed his face. However, the result sparked a heated debate among netizens.

Very proud, the artist from Monterrey thanked the support he receives from his loyal followers. However, the detail that caught our attention is that the tattoo gave much to be desired because the resemblance was null and it was obvious that the tattoo artist did not have much experience in designing faces.

“There is no way to describe my gratitude to one of my fans for making my face on his skin for life… THANK YOU!” Was the message that accompanied the photograph he shared Nigris Ponchowhich is already among the main news of the national show business.

They make fun of the fan of Poncho de Nigris

As it was expected, the fan’s tattoo inspired by Poncho de Nigris caused controversy on social networks due to its design, which was the target of cruel ridicule and harsh criticism. However, there are those who believe that everything is about one of the jokes that Marcela Mistral’s husband usually makes.

“It was great, that he role-played the artist”, “It is clearly seen that it is El Buki”, “That looks like everything except Poncho”, “I don’t know what is worse: tattooing Poncho or that the design looks very scrubbed ” and “That is Diosito in version 4, too bad for the guy who got tattooed with a beginner” are some of the jokes that are read in Instagram.

It may interest you: Poncho de Nigris criticizes the ‘crystal generation’

Poncho de Nigris rose to fame in 2003 by participating in the second season of Big Brother Mexico. and then he stood out in the world of Mexican television. Now, the host and influencer from Monterrey has formed a family with Marcela Mistral and her three children, with whom he stars in the reality show Keeping Up With Los De Nigris.