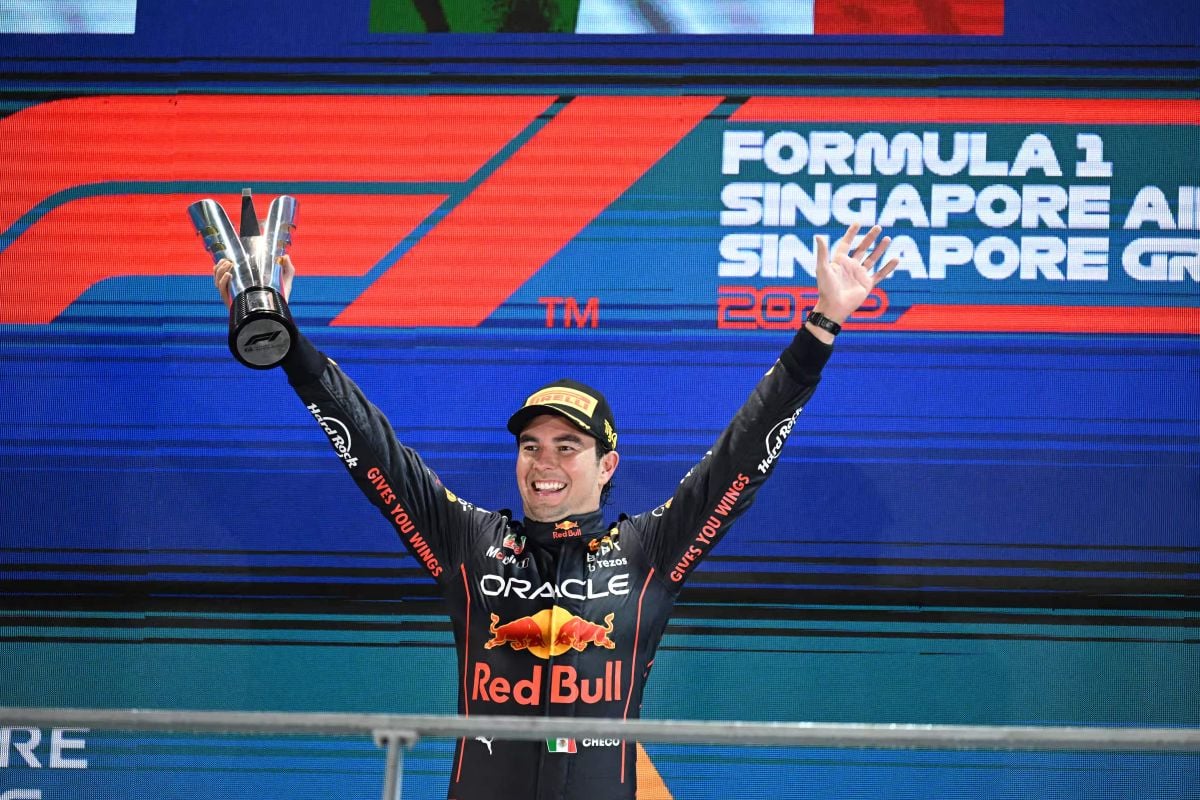 Sergio Checo Perez comes from winning the Singapore Grand Prix and is living a sweet moment with Verstappen in the Red Bull team on the way to the championship. This week the Japanese Grand Prix will be held, and amidst great expectation, the Formula 1 atmosphere can already be felt in Japan. The Mexican driver strolling through the streets of the Asian country showed himself in a video with Max Verstappen showing his skills as a soccer player, and it went viral, and even went beyond that, since the fans joked and asked for him to play for El Tri, the Mexican National Soccer Team.

According to Mediotiempo, both Perez and Verstappen caused a sensation after starting to practice with a famous Japanese freestyler who put both drivers to the test by throwing the ball and challenging them not to let it fall to the ground. The fans were dazzled by this reality and, through social networks, began to joke and suggest that Checo was the solution for Tata Martino’s El Tri.

The Mexicans joked and asked Checo for El Tri.

After the video of the Mexican driver with the Dutchman, jokes quickly appeared on social networks where Mexicans asked the Mexican driver to join the team led by Argentine Gerardo Martino for the Qatar 2022 World Cup. The publication immediately went viral, and the fans enjoyed seeing their idol in another facet.

Some dared to say in a jocular tone that Perez, with his demonstration with the Japanese freestyler, had already done much more than the strikers called up to the national team during the cycle of Tata Martino.

This Sunday, Checo Perez will race in the Japanese Grand Prix. After his victory in Singapore, he is very optimistic and assures that it would be great to score his first podium in Japan, where he has never been among the top three in the competition.

This year for Perez has been unforgettable with Red Bull, a team that is undoubtedly on track for another championship with the Guadalajara native and his star driver, Max Verstappen.