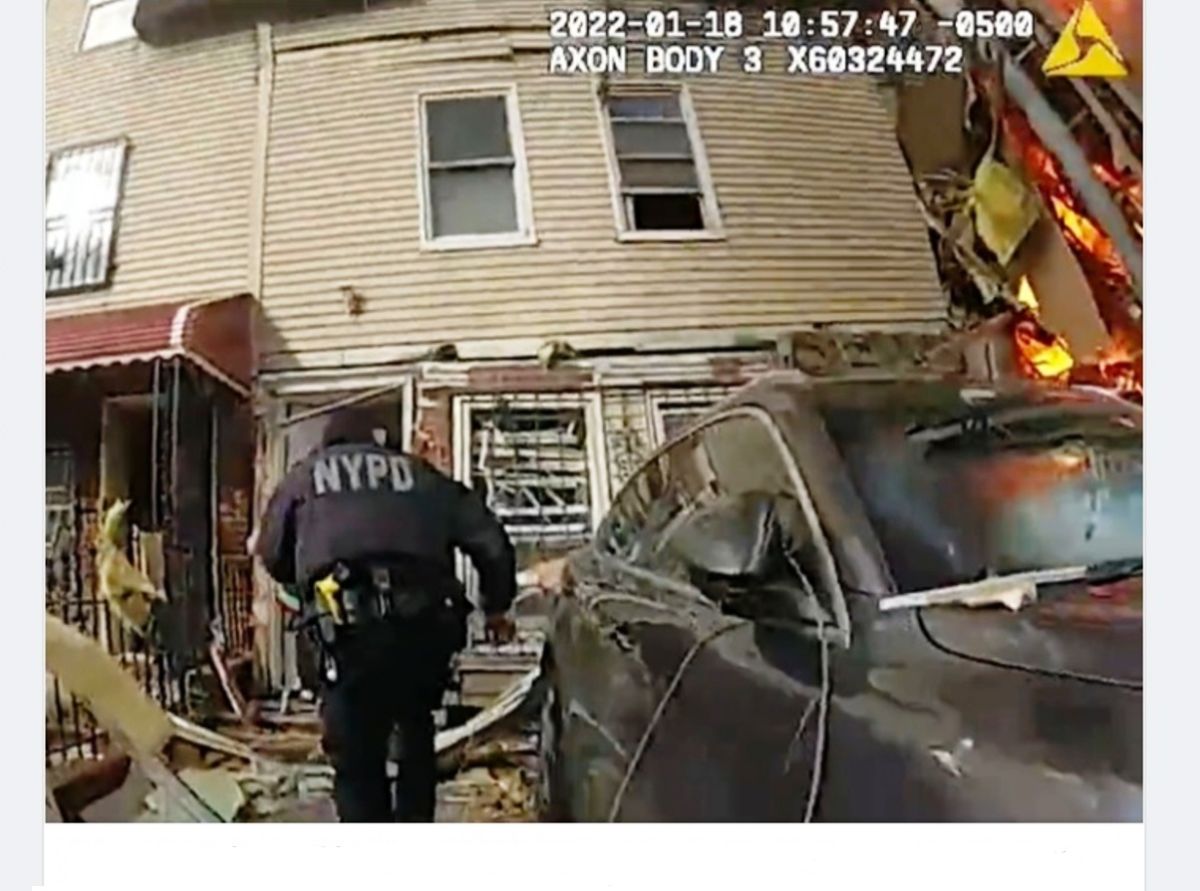 Shocking new video has shown the exact moment of a fatal Bronx house explosion on Tuesday, which left a 77-year-old woman dead and at least eight others injured.

Images captured by a doorbell camera off 869 Fox St. show the residence exploded shortly before 11 a.m., in what is being investigated as a possible gas leak. With the outburst, the house instantly turned to dust, with huge chunks of debris thrown into the air around the neighborhood.

Two sisters were inside during the explosion and were found on the ground outside when emergency services arrived. One of them, Martha Dagbatsa, died in hospital.

Two other women, one of them Dagbatsa’s sister, were taken in critical condition to a nearby hospital but are doing well, authorities said. Five police officers also suffered smoke inhalation. More than 200 rescuers reported to the emergency.

Another dramatic body camera video released by the NYPD captured the rescue of one of the women inside the house. I was trapped inside “under the couch” and the agents rush, turn the furniture and take her out, while she screamed in anguish.

The emergency occurred at a private residence near the intersection of Fox Street and Intervale Avenue, in the Longwood neighborhood, FDNY officials said. The police detailed that the fire broke out in a three-story residential building that later collapsed. The fire also spread to a neighboring house.

Tuesday’s tragedy came less than two weeks after a massive fire in the Bronx also killed 17 people, including 8 children, on January 9. It was the largest fire fatality in New York since 1990 and also one of the worst nationally in several decades.