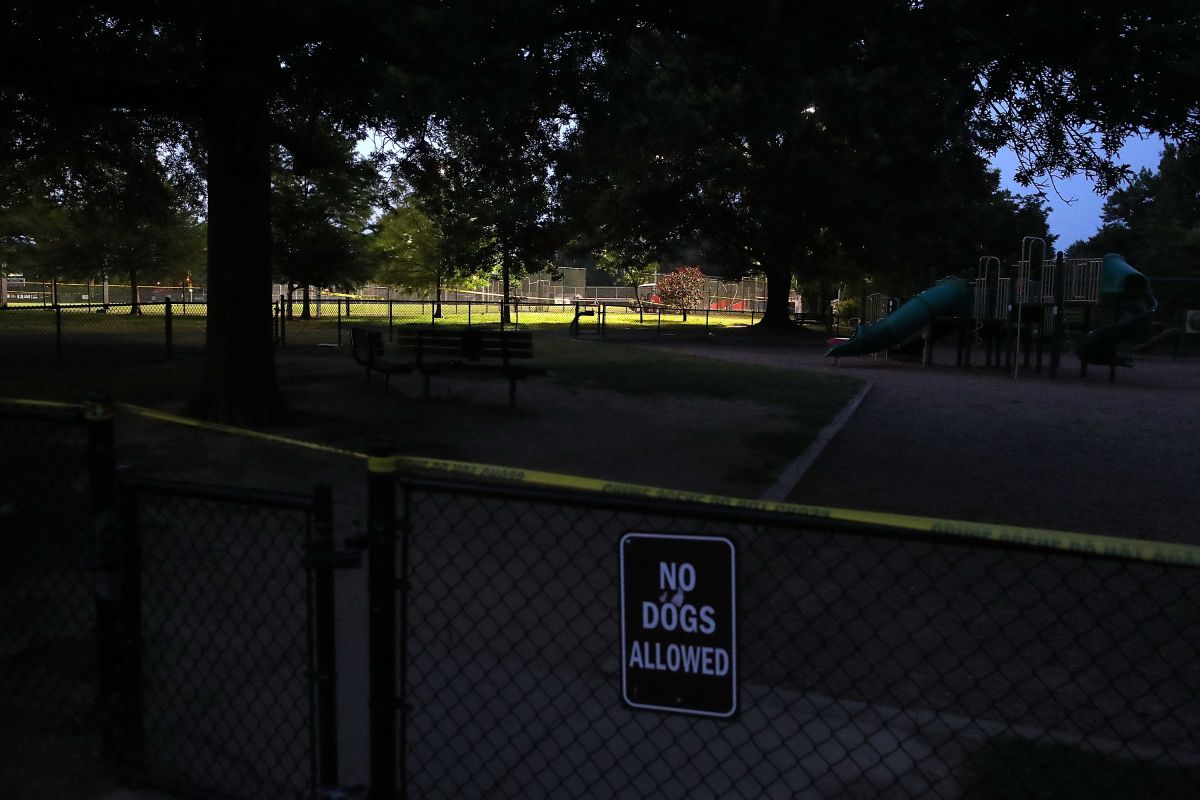 A devastated father committed suicide in the woods after accidentally leaving his 18-month-old son to die in a hot car, where he left him for three hourspolice believe.

Police discovered the harrowing scene after receiving a tip about a suicidal man at a home in Chesterfield, Virginia, on Tuesday afternoon.

En route to the scene, Chesterfield police received a second call from one of the man’s family members saying there may be a deceased child in the home.

The family member told police they were notified the 18-month-old boy was never taken to day care.

Police believe that during the call, the father told the family member that he had left the child in the car for three hours and that he was suicidal.

When officers arrived at the home, they found a car in the driveway with one of the rear doors open and an empty child seat inside.

After entering the home, officials discovered an 18-month-old boy dead.

The man was later found dead from an apparent self-inflicted gunshot wound in the woods in the backyard of the home.

Police said the father accidentally left the boy inside the vehicle while at work for approximately three hours, resulting in the boy’s death.

After learning of the discovery in his backseat, the 37-year-old father drove home about 10 miles from his workplace, where he is believed to have killed himself.

“This is a horrible tragedy on many levels. Our hearts go out to the family and friends who are going to be dealing with this,” Chesterfield Police Officer Chris Hensley said.

The names of the victims have not yet been released. It is currently unknown if the child died of heat exhaustion.

Temperatures in Chesterfield reached 80 degrees on Tuesday. Still, experts have previously warned that even on relatively cool days, conditions inside a parked car can quickly heat up if the sun is out.

According to researchers at the Stanford School of Medicine, when outside temperatures reach 80 degrees, conditions inside a parked car can shoot up to 99 degrees after 10 minutes and 114°F after 30 minutes.

“There are cases of children dying on days as cold as 70 degrees Fahrenheit,” said lead author Catherine McLaren, a physician and clinical instructor in emergency medicine.