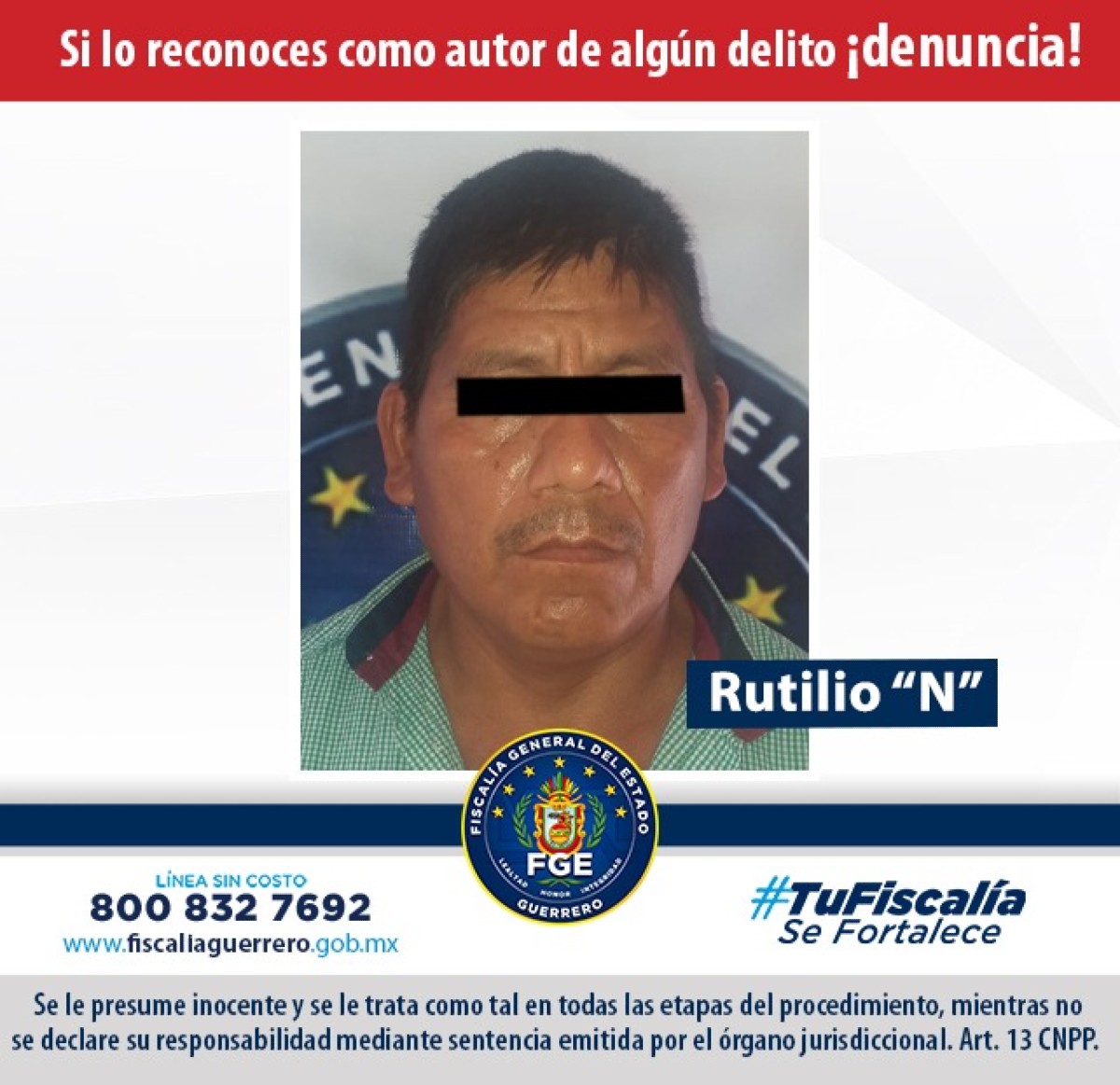 Photo: Attorney General of the State of Guerrero / Courtesy

The Guerrero State Attorney’s Office announced the arrest of Rutilio “N”, under accusations of sexually abusing his daughter-in-law Angélica “N”, a minor.

The abuses against the minor intensified after taking place forced marriage by both families in Cochoapa el Grande, in the mountainous region of Guerrero, when the young girl was barely 11 years old.

The suspect was detained by elements of the State Attorney General’s Office under the crime of rape, human trafficking and injuries, indicates the Azteca TV report.

The man was sentenced to preventive detention after the arrest by agents of Tlapa de Comonfort.

At the initial hearing this week, the Public Ministry presented its evidence to the Control Judge.

Preliminary investigations suggest that the adult threatened and sexually abused Angelica, protected by an alleged “right” for having bought her to marry her son.

When the agreement was finalized, the youngest did not want to marry Rafael. But her in-laws told her that they would treat her like a daughter and look out for her well-being.

However, abuse was the order of the day to the point that the teenager decided to escape from the house and seek refuge with her aunt and grandmother.

As if this were not enough, the in-laws accused her with the Dos Ríos community police for stealing some huipiles. The authorities not only arrested her, but also her grandmother Petra and her two sisters. Finally, they were released after paying about 5,000 pesos.