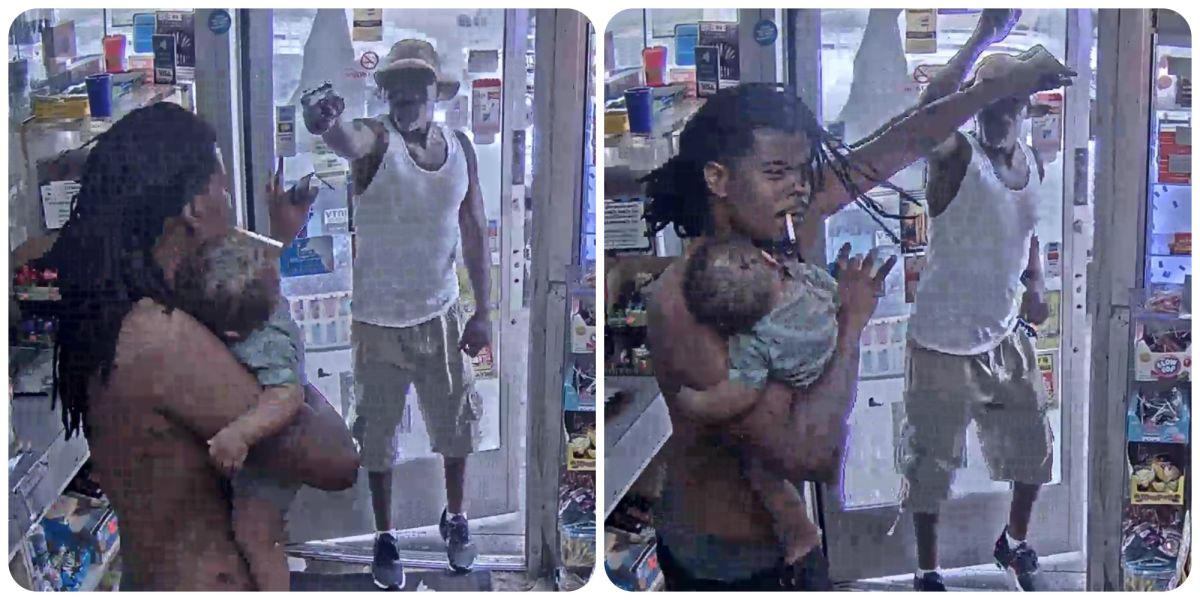 The suspect in security camera video from a gas station in Detroit, Michigan, pointing a gun at a man carrying a seven-month-old baby He was indicted on multiple charges Wednesday.

“The Wayne County Prosecutors Office charged Euric Butler with crimes of assault, possession of a firearm and brandishing a firearm following his arrest on Monday,” the Detroit Police Department said in a statement.

According to The Detroit News report, Butler is the person caught on a surveillance camera.
at a Valero store Sunday around 6 pm near Hubbell and Tireman avenues.

The police authorities indicated that Butler followed the 27-year-old victim into the station. of gasoline after they got into a verbal argument for unspecified reasons.

In the images from inside the establishment that is part of Project Green Light, you can see when Butler enters the place and points to the father who is carrying the little boy.

Immediately, the man bangs the gun away while continuing with the baby in her arms. The attacker proceeds to exit the gas station as he maneuvers the gun.

“We don’t know if there was a glitch or restriction of some sort, luckily no shots were fired,” Detroit Police Cmdr. Michael Chambers said.