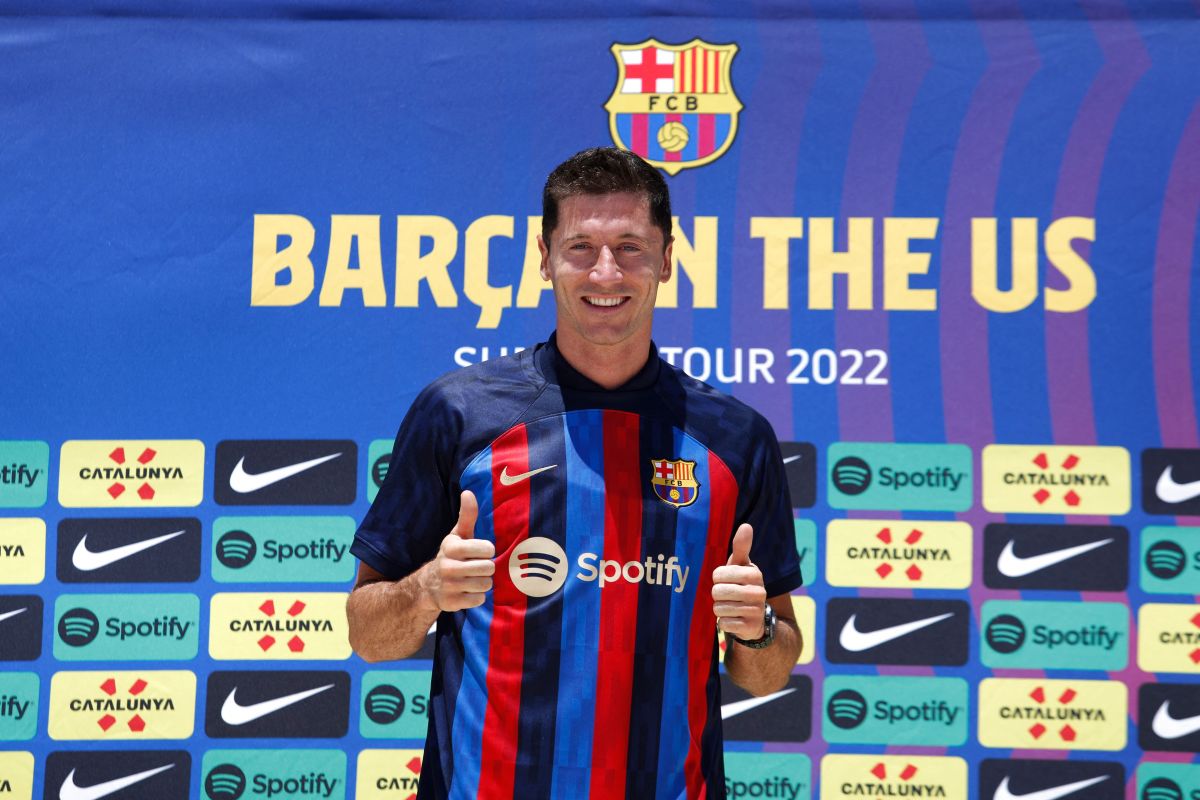 FC Barcelona began this Monday the process of acquiring tickets so that the fans of the azulgrana team can attend the attacker’s presentation Robert Lewandowski.

The event will be held for free next Friday, August 5 at the Spotify Camp Nou, the home of FC Barcelona.

the tickets they can be purchased through the website of the Catalan institution, or at the ticket offices of the stadium in the course of the day.

It was also known that each person can acquire a maximum of six locations, in order not to saturate the purchase of tickets.

have already been implemented security and logistics protocols to receive the thousands of fans who will attend the stadium to welcome Lewandowski.

Barcelona has in mind a show in style for the reception of the Pole, and that is why they want as many people as possible to attend.

That’s why they announced the doors of the Camp Nou will open at 9:30 local timeso that fans can enter the stadium in advance on the day of the presentation.

It is estimated that Lewandowski will jump onto the FC Barcelona pitch dressed in Barça at around 11:00 a.m. to officially present himself to his fans.

One hour later, the striker will appear at a press conference in the 1899 Auditoriumthe usual setting for the big events organized by the Catalan club.

Lewandowski claims that Bayern Munich lied about the reasons for his departure: “The club tried to find a fight to justify my sale”

Change of speech: Bayern Munich set its sights on Cristiano Ronaldo as replacement for Robert Lewandowski