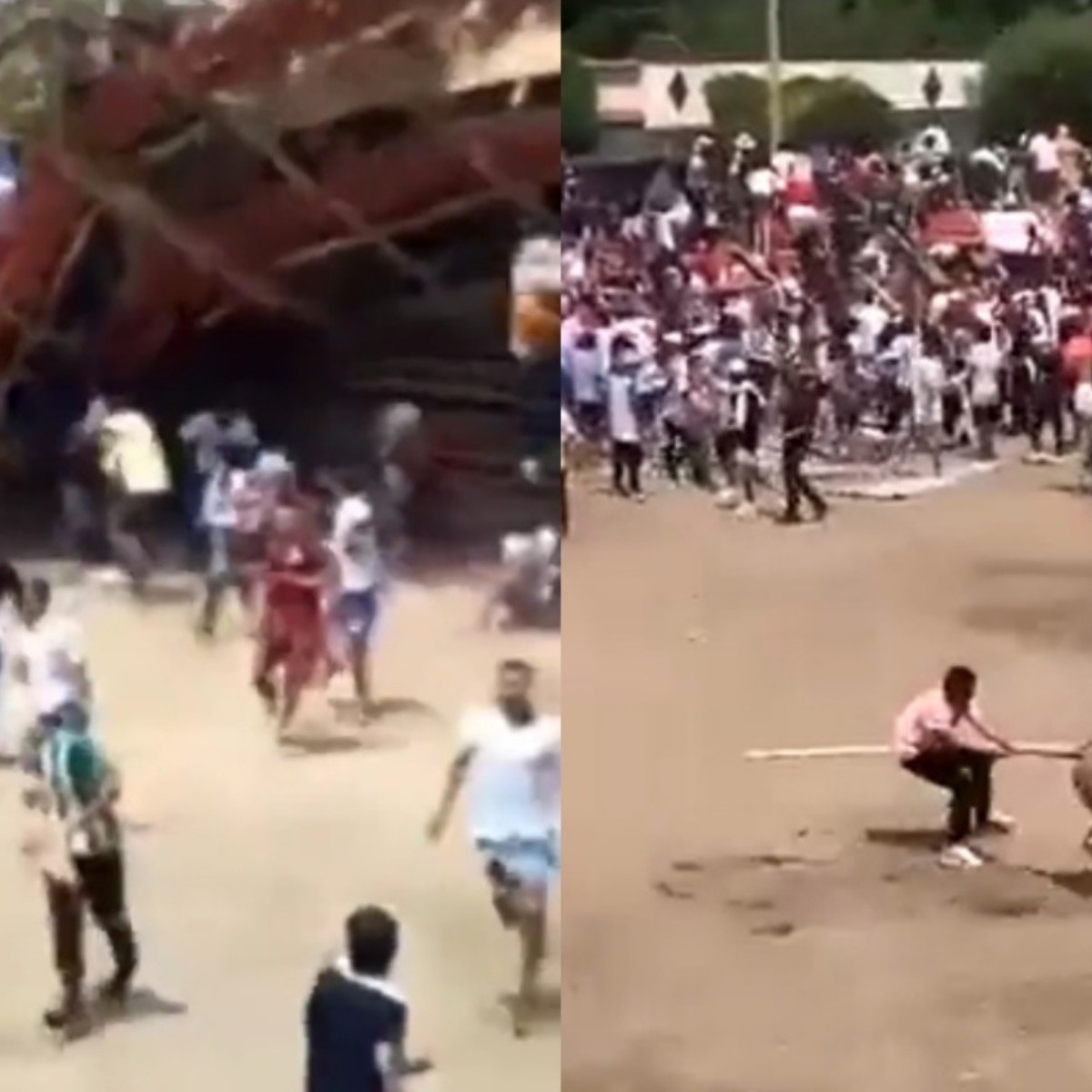 Tolima.- This Sunday June 26 will be marked in the history of Colombia like the day that a stand of the Gilberto Charry Bullring, in Espinal, Tolima, collapsed leaving dead, wounded and missing.

Everything was going normally in the bullfighting show. Some people were in the ring next to a large bull between shouts, whistles and bustle of those who watched carefully in the stands of the arena.

The cell phones recorded from different directions, that is why some videos captured the exact moment of the collapse. When the structure, notoriously in poor condition, began to fall little by little, the cry of those who observed in the first person became one with a great roar. It was the stands touching the ground.

At that moment people rushed from the audience, possibly fearful that their platform would fall just like the other. It was thus that the arena was filled with hundreds of Colombians who could do little in the face of what had happened.

Many went to the accident site to try to rescue injured people, others stayed in “safe” points from other landslides and some more, the most courageous, headed towards the bull to try to control it so that no one was injured.

A group of at least eight men surrounded the bovine trying to immobilize it so that it would not gore those who were running in fear through the central area of ​​the Gilberto Charry Bullring. In the end they succeeded, the heavy animal was lying on the floor.

The rescue of the wounded continued at all times, since the worst situations usually bring out the most human side of people. At that moment there were no grudges or differences, everyone worked in one direction and with a common goal: save lives.

Unfortunately so far at least six people are reported dead and some missing, that is, the number of deceased could increase in the following hours. The injured number in the hundreds according to the first versions.


Fear, dead and a loose bull: this was the rescue of the wounded in Tolima, Colombia (VIDEO)