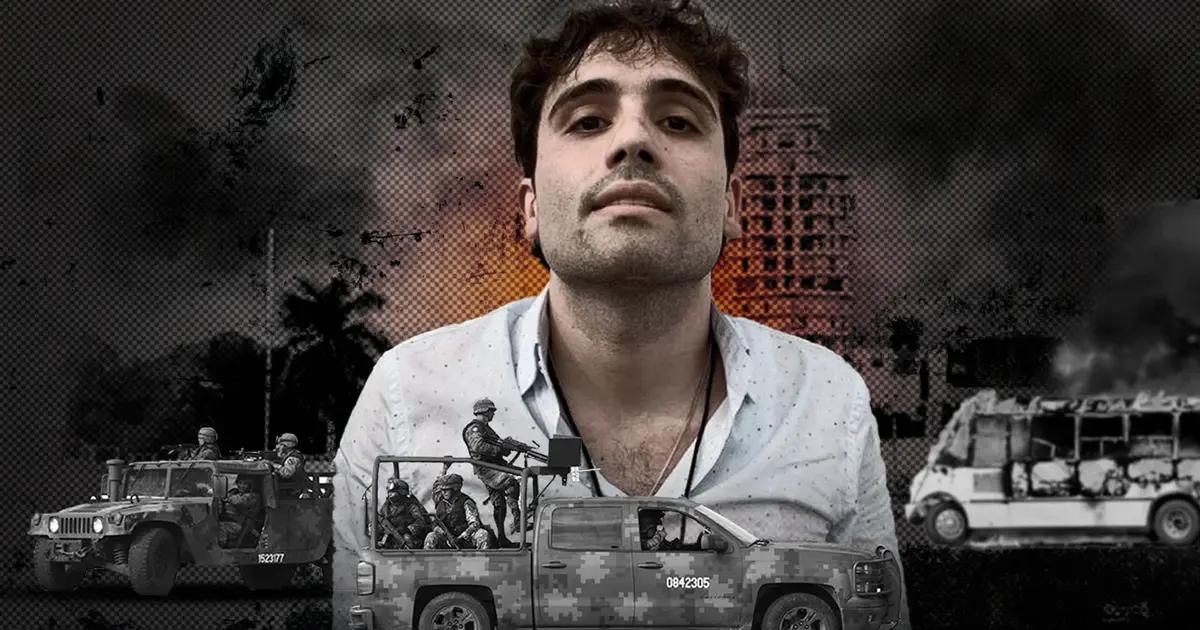 A federal judge granted Ovidio Guzmán López, alias El Ratón, a flat suspension against the extradition process to the United States after the son of Joaquín “El Chapo” Guzmán was captured in the town of Jesús María, Sinaloa as a result of an operation orchestrated by the Secretariat of National Defense (Sedena) last Thursday, January 5.

After his arrest, the leader of the Pacific Cartel was flown to the Special Prosecutor’s Office for Organized Crime (FEMDO) in the Mexican capital, and his legal defenders filed two briefs before a criminal amparo district in Mexico City to prevent El Raton from being handed over to the U.S. government.

According to information published by Diario Zeta, the first request for protection filed by Ovidio Guzmán López’s lawyers claims a possible “incommunicado detention, deportation, expulsion, extradition, and his execution.”

In this regard, a federal judge decreed the ex officio suspension against solitary confinement so that under the legal and institutional provisions, the son of the founder of the Sinaloa Cartel can communicate with his relatives and meet with his legal defenders.

Regarding the extradition, the federal judge -whose identity was not disclosed- also granted the ex officio suspension concerning the acts consisting of Ovidio Guzmán López not being presented before the US justice and “the plaintiff remains in the place where he is at the disposition of this court, only for his freedom and not being delivered to the Government of the United States of America, nor any other State.”

The second amparo lawsuit filed by the legal defenders of Joaquin “El Chapo” Guzman’s son was filed against President Andres Manuel Lopez Obrador and other authorities, being the claimed act of physical or psychological torture that could be exercised against their client.

In the same brief, the same federal judge decreed the suspension ex officio so that the execution of such acts ceases immediately.

Extradition of “El Raton” is not a political decision: SRE

On April 2, 2018, the Federal Court in the District of Columbia issued an arrest warrant against Ovidio Guzmán López on conspiracy charges to distribute cocaine, methamphetamine, and marijuana to the United States.

Although his re-arrest in Mexico could be considered key to the extradition of Joaquín “El Chapo” Guzmán’s son to the United States, the head of the Ministry of Foreign Affairs (SRE), Marcelo Ebrard, explained this Friday morning that such a decision is not political but a process that the judge can only determine in the case.

The foreign minister explained that Ovidio Guzmán López would be handed over to a judge. At the same time, the Extradition Law establishes deadlines for presenting evidence against the detainee, which will take four to six weeks.

For his part, the President of Mexico, Andrés Manuel López Obrador, ruled out during his traditional morning conference that the government headed by Joe Biden in the United States had any interference in the capture of Ovidio Guzmán López. He even assured that there was autonomy in the military actions orchestrated by the Secretariat of National Defense (Sedena) and the National Guard for the arrest of the son of the founder of the Sinaloa Cartel.

The President added that such security agencies are instructed not to allow impunity in the country and denied that his administration maintains links with organized crime, as has been pointed out on multiple occasions.