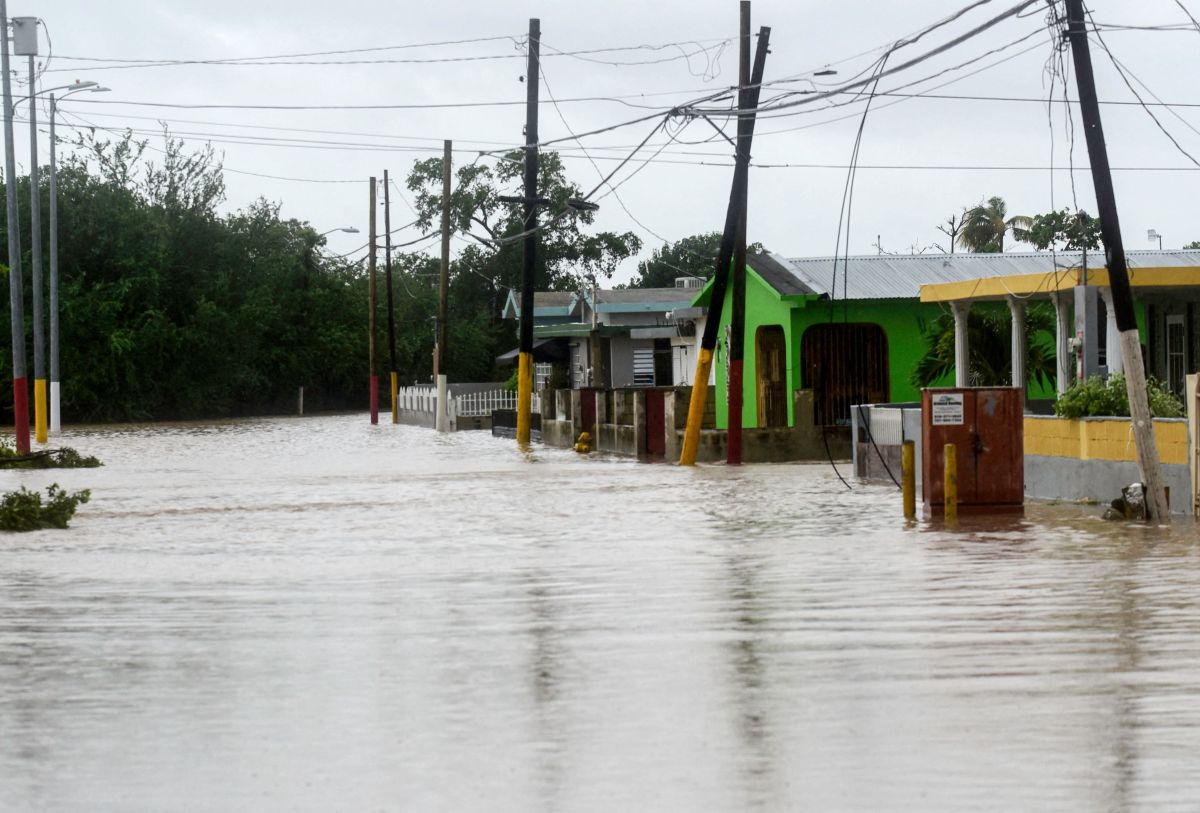 Flooded road in Salinas, south of Puerto Rico due to the rains of Hurricane Fiona – Photo: Jose Rodriguez/AFP/Getty Images.

The U.S. Small Business Administration (SBA) sent personnel to Puerto Rico to assist in recovery efforts on the island after Hurricane Fiona.

It is unclear what work will be done by the agency’s staff, which is focused on channeling resources to small businesses.

Currently, authorities on the island have not released data on the businesses impacted by the hurricane or the damage to the infrastructure in these areas.

However, a report made by the local newspaper El Vocero indicates that the waters impacted several businesses in the commercial zone of the town of Guayanilla in the south of the island.

Mayor Raúl Rivera Rodríguez said that the Playa neighborhood was the most affected after three feet of swell overflowed into the area known as “Triángulo.”

“The swell sailed quite a ways from the coast. It came in well offshore. We didn’t expect winds that strong, like 100 miles per hour. The commercial area was affected. These are big losses,” Rivera Rodríguez told the newspaper.

“When the water entered the businesses, they must have lost a lot of their equipment and what they had inside,” he said.

Isabella Casillas Guzman, head of the federal agency, said in a statement this morning that, according to the emergency declaration issued by President Joe Biden and approved by the Federal Emergency Management Agency (FEMA), she mobilized part of its employees to Puerto Rico.

“I have been continuously monitoring the development of Hurricane Fiona and its impact on the people of Puerto Rico. Following President Biden’s swift action to issue an Emergency Disaster Declaration for Puerto Rico, the SBA quickly mobilized and positioned disaster assistance personnel and resources in Puerto Rico to assist affected communities and businesses,” said the SBA Administrator.

“The SBA’s disaster assistance team supports the overall response in coordination with the Federal Emergency Management Agency and the Commonwealth of Puerto Rico’s emergency management officials. We intend to leverage not only our disaster assistance team but also our local district office and resource partners located on the island to support affected communities continuously,” she added.

Thirty-three million small businesses in the United States are supposed to receive support from the agency, including financial and other resources.

In a conference this morning outside the U.S. Congress, Senate Democrats’ spokesman Chuck Schumer and other political leaders such as Kirsten Gillibrand called on FEMA to speed up its rescue, recovery, and reconstruction efforts on the island.

According to the senator, although Congress has allocated billions of dollars for reconstruction on the island, only 2% has been used.

For her part, Gillibrand questioned why many Puerto Ricans still do not have a safe roof over their heads since Maria hit in 2017.

They also questioned why oil companies are standing in the way of renewable energy and using sources such as solar in Puerto Rico, leaving island residents on the sidelines of constant power outages.

As of Tuesday morning, more than one million customers were still without electric service in Puerto Rico.

LUMA Energy, the company in charge of the transmission and distribution of electricity, said that by 9:35 a.m., only 294,824, or 20.8% of the subscribers, had electricity. Some 79.92% of customers had no electricity.

The Puerto Rico Aqueduct and Sewer Authority (Prasa) said it continues to work to reestablish service as soon as possible and that 39.8% of subscribers have water.

A total of 760,923 subscribers are still without service.