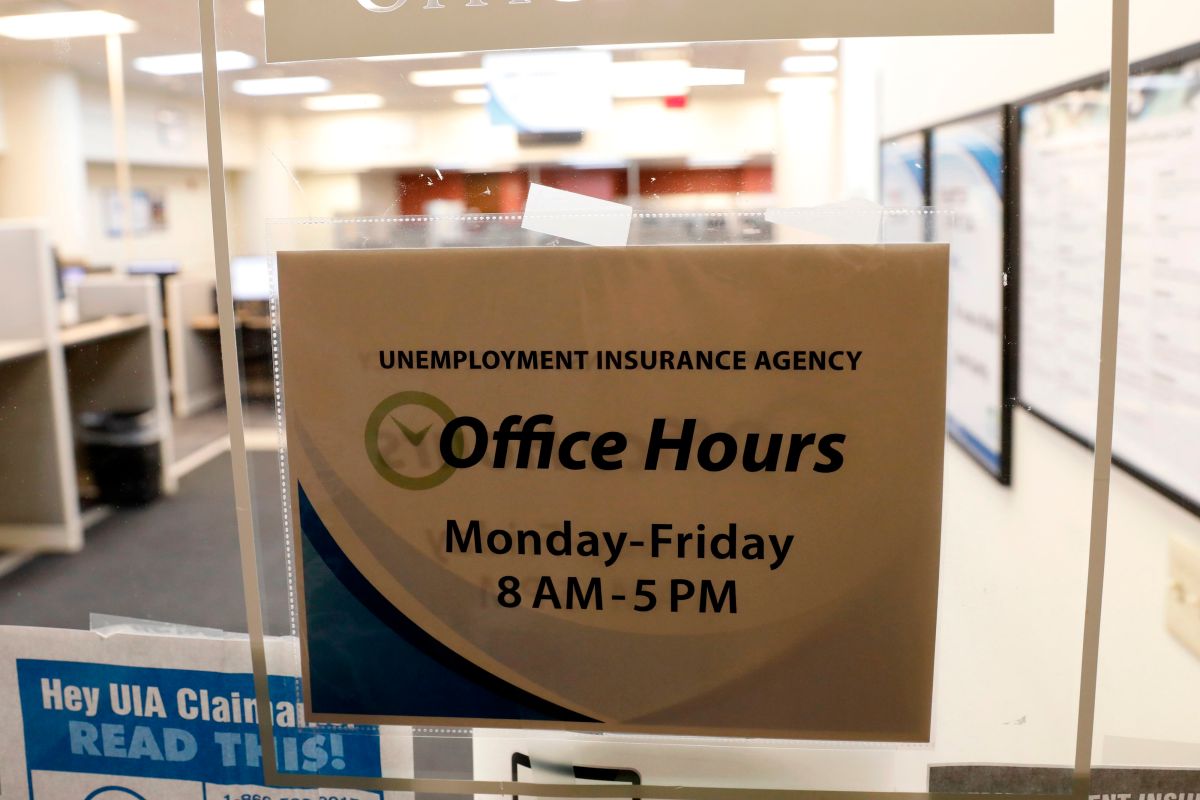 Unemployment benefits from the federal government have enabled millions of people across the country to cope with the economic havoc left by the Covid-19 pandemic since last year.

Despite the fact that several Republican state governments cut federal aid, they have been maintained throughout the country, particularly in the entities where Democrats rule, but in a few more weeks These benefits will expire as dictated by law.

Programs approved by Congress offered help to all those workers who were not normally eligible and extended state unemployment benefits once they had been exhausted.

According to the law, beneficiaries could receive an additional $ 300 a week, in addition to the regular state supports that also distribute an amount of the same amount. Americans received $ 2,400 per month.

Despite the fact that the national economy is recovering after the financial crash that the country experienced last year and part of the first months of this, many Americans are reluctant to return to the work environment due to the fact that the threat from the coronavirus persists.

There are even those who in a generalized way are quitting their jobs because they want to enjoy a sabbatical, but they will not be able to benefit from the benefits of the federal unemployment program because the aid will soon expire, a situation that makes this sector of the population vulnerable.

But although the Delta variant is triggering infections throughout the country, especially in those who have not been vaccinated, it is not seen in an immediate horizon that Congress has planned extend these types of benefits to millions of people.

The agenda of the Biden administration and Congress itself aims to invest a large amount of money to generate thousands of well-paying jobs across the country through the Infrastructure Plan, which is expected to be approved this week.

White House press secretary Jen Psaki reported last week that the government has not decided whether the fringe benefits should expire in September as originally planned.

This contrasts with the position of President Joe Biden last June, when he said that it “made sense” for unemployment assistance programs to expire in the fall, as required by law. This position has to do with the fact that the supports are temporary, in addition to the fact that

This situation will cause the still millions of beneficiaries to look for a job in the vacancies available in the different industries of the national economy that are requesting workers. According to official reports, there are still about 5.5 million unemployed Americans.

In contrast to this figure, so far, there are 9.2 million open jobs. One of the reasons why it is explained that the vacancies have not been filled has to do with the fact that they do not have someone to take care of their children.

You may also be interested in: The restaurant sector of bars seek to impose a mandate for vaccines so as not to stop