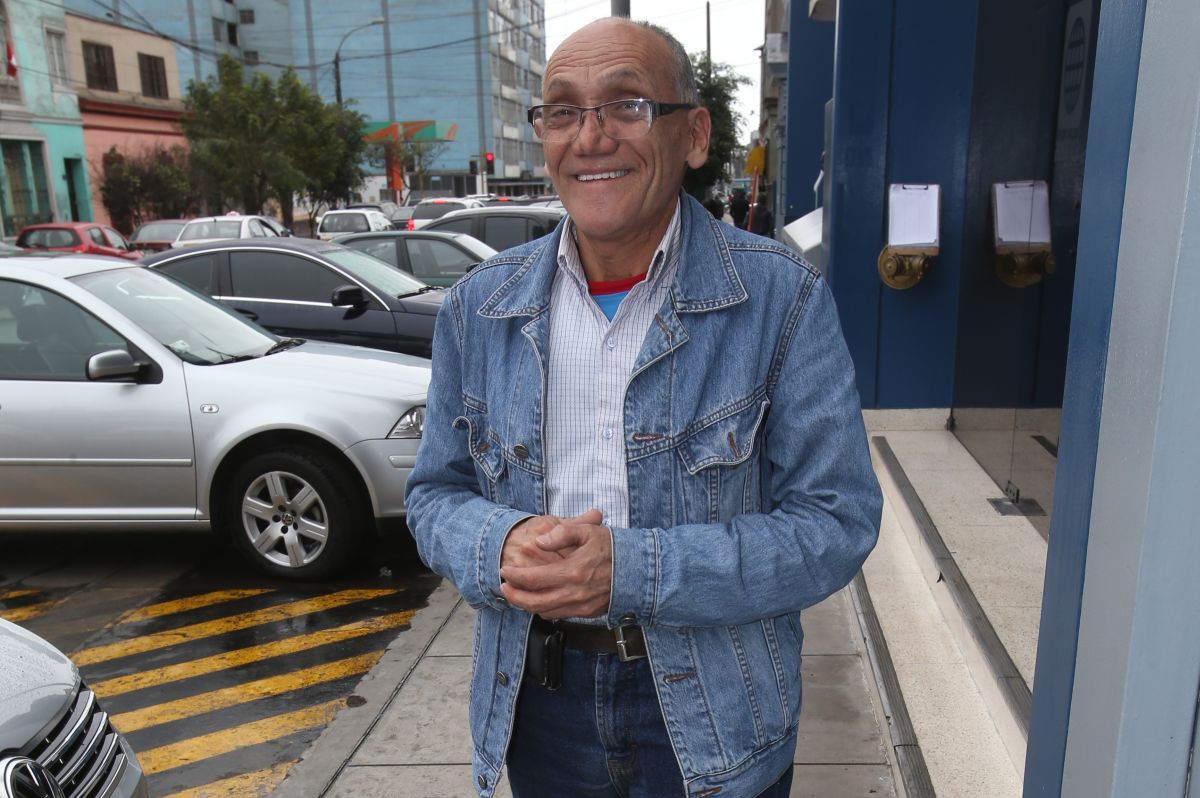 The outstanding comic actor Rodolfo Carrión, ‘Felpudini’, He commented that he is already with his three doses of the vaccine and hopes to return to television soon, because he misses a lot to be able to interact with his companions and make the public laugh.

LOOK: Melissa Paredes sad for not being with her daughter: “Seven days without you and she’s already giving me everything”

“I have the three doses of the vaccine, so far it has not given me coronavirus because I have been very careful and I am in the game so that they give me a ‘green light’ and go back to television. I hope that the authorities authorize that the ‘maduritos’ go back to work, I miss my colleagues a lot and be able to make people laugh ”, said Rodolfo Carrión ‘Felpudini’.

Has this time without being on the screen been complicated?

At first I took it as a break, but it took too long. I am a compulsive reader and I have many books that I have devoured in this time of pandemic. Also, I have been entertaining with my cocky (his dogs), whom he took to the park. It is a very complicated time that we have to live but you have to be in good spirits, I hope this improves and I will soon return to a program.

A few months ago, Rodolfo Jaime Carrión Velarde, known in the world of comedy as ‘Felpudini’, surprised by reappearing on the program ‘El Reventonazo de la Chola’, after having worked with Jorge Benavides in recent years.

The teacher ‘Felpudini’, as the ‘Chola Chabuca’ called him, received a tribute for his long artistic career from the humorous program América TV.

As you remember, the popular ‘Felpudini’ was part of the cast of ‘El wasap de JB’, until the arrival of the pandemic. As he belonged to the vulnerable population group, the comedian did not return to the program, unlike his companions; so his reappearance on América TV caused astonishment.

MIRA: ‘Gato’ Cuba and Ale Venturo wear wedding rings: photos would prove that they have already formalized a relationship

The remembered Felpudini He recounted in an interview for Sunday “D Day” how the earthquake of 1970, which devastated Huaraz, marked his life and his destiny forever. “I was taking a shower, the tiles started to burst and I ran away”, counts the ‘skinny’ Carrión. “I was naked for about 3 hours without realizing it, because the earth stuck to me”he adds.

Yet despite everything, he felt an obligation to help those trapped in the rubble. “We had to dig, to look for people because the sound is heard [de las personas pidiendo ayuda]” tells the comedian who was then 19 years old. After the tragic event, he decided to migrate to the capital and start his acting career.

Rodolfo Carrion He made his debut in 1972 with a thesis work, directed by Ernesto Ráez Mendiola, one of the best theater teachers in Peru, who died on March 11 last. Since then, his presence in the theaters of Lima would be more and more continuous.

In 1978, Felpudini says, Carlos Oneto took him to work at Panamericana Televisión and that is how he made his debut on the screen in “Risas y Salsas”, the country’s comedy program par excellence. There he would share roles with Adolfo Chuiman, Román el ‘Ronco’ Gámez, Camucha Negrete, Aurora Aranda, Pedro el ‘Chino’ Yuffra, Guillermo Rossini, Mabel Duclós, Analí Cabrera; I enter many other national stars.