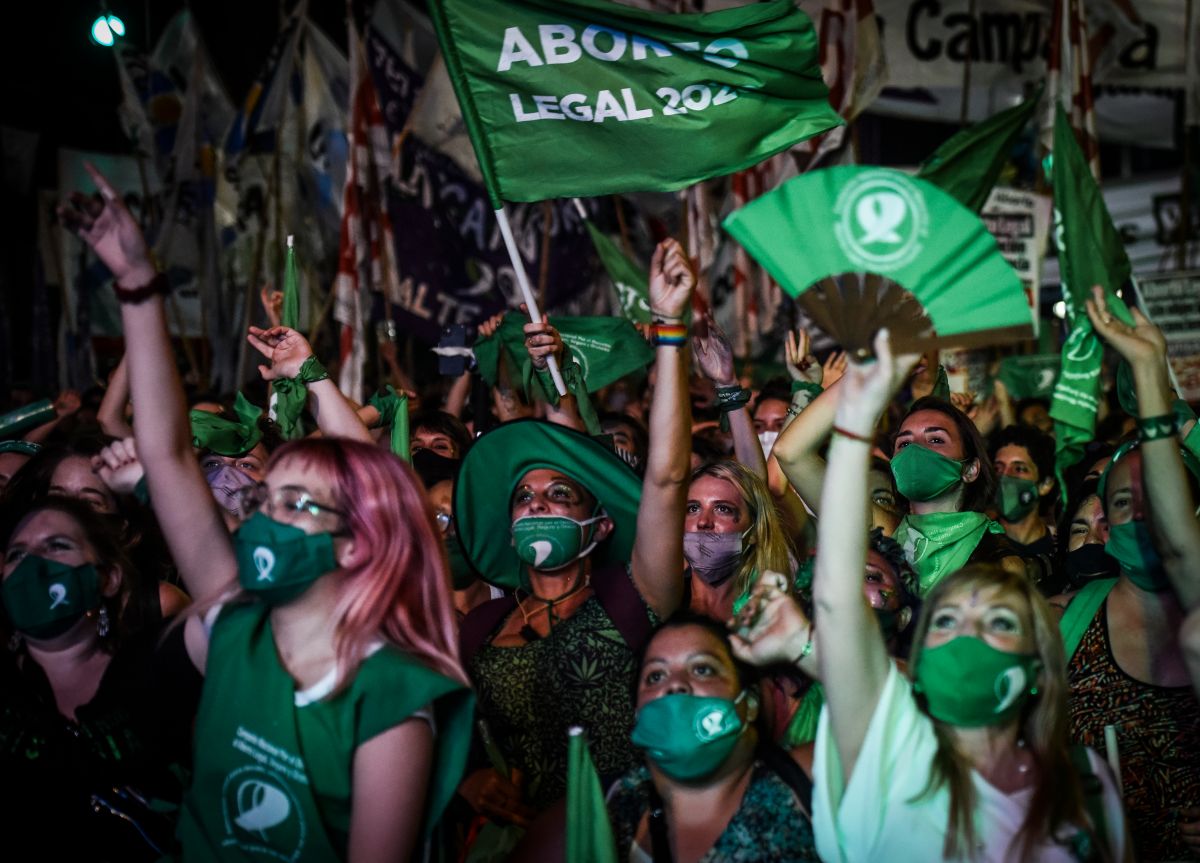 The Argentine feminist movement, which with its struggle achieved the legalization of the voluntary interruption of pregnancy in Argentina, repudiated the decision of the Supreme Court of the United States that ended the protection of the right to abortion in that country, after the annulment of Roe vs. Wade.

“We repudiate the US Court’s pushback in Roe v. Wade”, published on its Twitter account the National Campaign for the Right to Legal, Safe and Free Abortion in Argentina, which was launched in 2005, recovering the history of struggle of the feminist and human rights movements since the 70s and 80s, and turned the green scarf, which evokes the Mothers of Plaza de Mayo, into a signifier for the fight for abortion.

“We will not take a step back”, the Campaign promised and offered its “solidarity” with the compañeras.

The Campaign in Argentina also called on States “not to violate the autonomy of pregnant people” because it said that without the right to abortion “there is no equality, freedom or democracy.”

The US high court on Friday invalidated the ruling Roe vs. Wade issued by the Supreme Court itself in 1973, which protected the constitutional right to abortion throughout the country.

The ruling of the high court eliminates the federal protection of abortion in the US, so that any state can pass laws that restrict or prohibit access to this right.

The great achievement of the feminist movements in Argentina has been, in December 2020, the legalization of voluntary abortion up to the 14th week of gestation, the product of constant activism that not only demanded a law from the State, but also created networks of professionals health, communication, teachers, lifeguards, gender to show the endorsement of society.

Beyond those 14 weeks of term, in Argentina the legal interruption of pregnancy (ILE) is allowed if it was due to rape or when the life or health of the mother is in danger.

The ruling was also repudiated by the spokeswoman for the Argentine Presidency, Gabriela Cerruti, who considered it “a setback in terms of the rights of pregnant people that accounts for the atrocious advance of the right in the world” on her Twitter account.

“We are the tide and even if they want to stop us, we will persist and return,” he added.