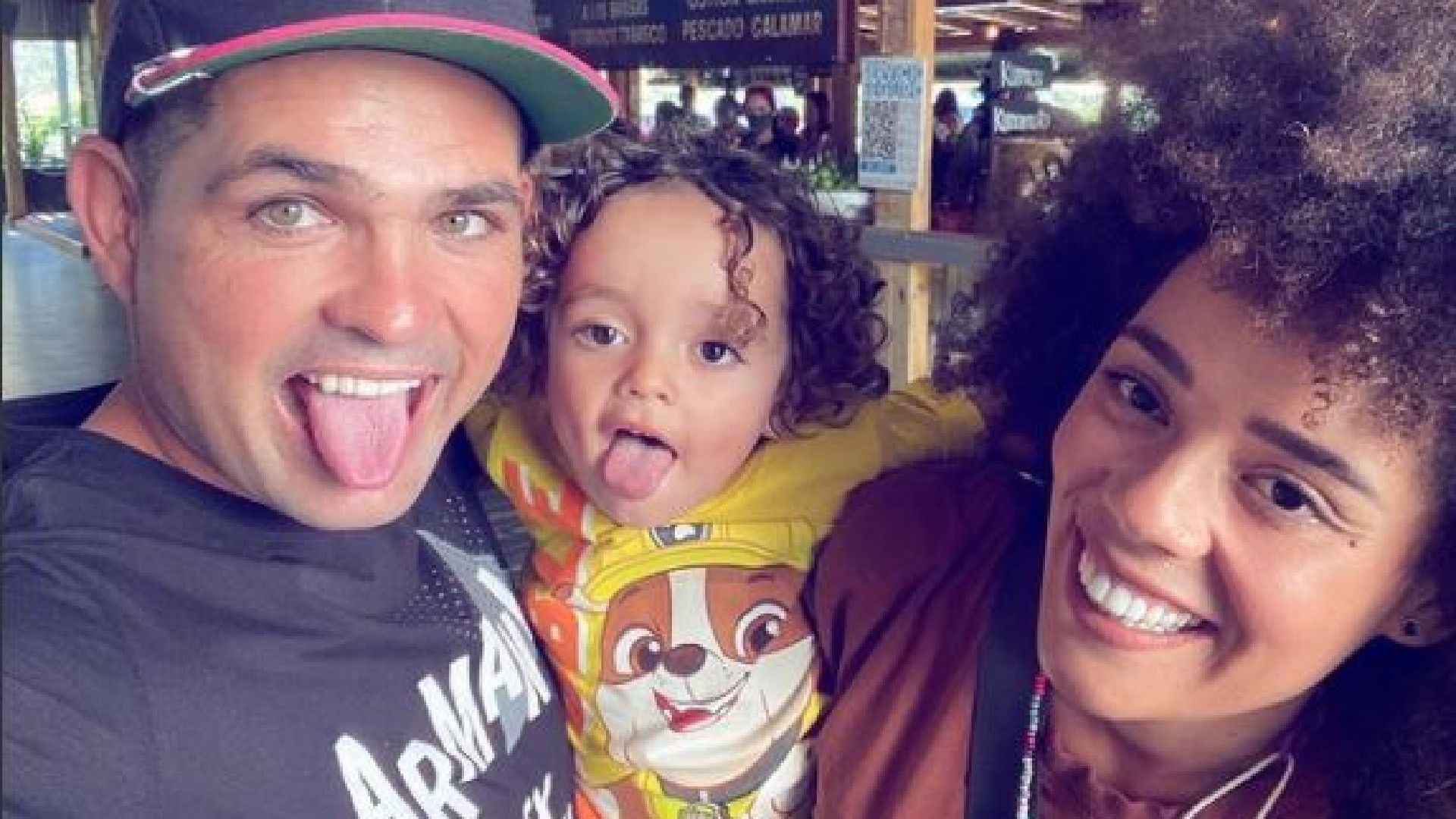 Ferdinando and his wife were happy (Photo: Instagram / @ ferdinandoval)

Actor Ferdinando Valencia and his wife, Brenda Kellerman, celebrated the baptism of their son Tadeo last Friday, December 17, in Colima.

Through their temporary stories on their respective Instagram accounts, the couple revealed images of the emotional ceremony in which the two-year-old stole the camera thanks to his attire. In the photos, you can see that Tadeo was accompanied by his godparents to receive the blessing from the priest later and be baptized.

Tadeo wore a white shirt, beige shorts, and tender suspenders with a golden bow. The little boy remained in his father, Ferdinando Valencia‘s arms throughout the ceremony while he held a white candle in both hands.

Ferdinando and Brenda Kellerman gathered their loved ones in an open space to celebrate the important step in their son’s life. The celebration was full of laughter and unforgettable moments. The actress’s brother, Jefferson Kellerman, shared several photos of the celebration.

The place, the food, the horse show, and the mariachis were some of the things that made the day unforgettable. But it was, without a doubt, Tadeo who took the limelight because he looked happy with his family in front of the cameras.

It is worth mentioning that the child’s baptism had been delayed due to the COVID-19 pandemic. The celebration of Tadeo’s second birthday was celebrated alone with a very intimate party, and they remembered their son Dante (Tadeo’s twin). He died at the age of three months due to meningitis which led to other health problems, such as hydrocephalus, a stroke, and pneumonia.

Even last August, on the second anniversary of his baby Dante’s departure, Ferdinando uploaded photographs were taken shortly after his birth, which he accompanied with some sensitive words. “As if it were yesterday, it is today that you live in me. I miss you with all my soul! Only the one who cares for you today can understand how much. Dante, I love you and will love you forever! 2 years, #ourangel. I know that someday we will see each other again,” expressed the 38-year-old actor.

Brenda Kellerman also sent a message to Dante, which she posted next to a drawing that Tadeo made remembering his brother: “We love you my beautiful Dante. Today I especially bless your short but meaningful existence on earth; my love and I are certain that you will live forever in the hearts of your parents and all of us who love you. Today we see you reflected in your brother Thaddeus”.

The couple assures that the two brothers still have a special connection. They affirm that their deceased son communicates with Tadeo since several inexplicable events have led them to think about this.

Fernando explained that “one day Tadeo woke up out of nowhere in the early morning, and it was not from opening his eyes, but like when he used to get up to ask for food when he was a baby. He stood up, got out of bed, and started to run”, explained the actor and continued: “It caught our attention that when he started to run from one side to the other, he didn’t run in a straight line, he saw something, he ran, he saw Dante’s painting, I don’t know why. Also, Dante was the first word he learned to say in life instead of dad.”