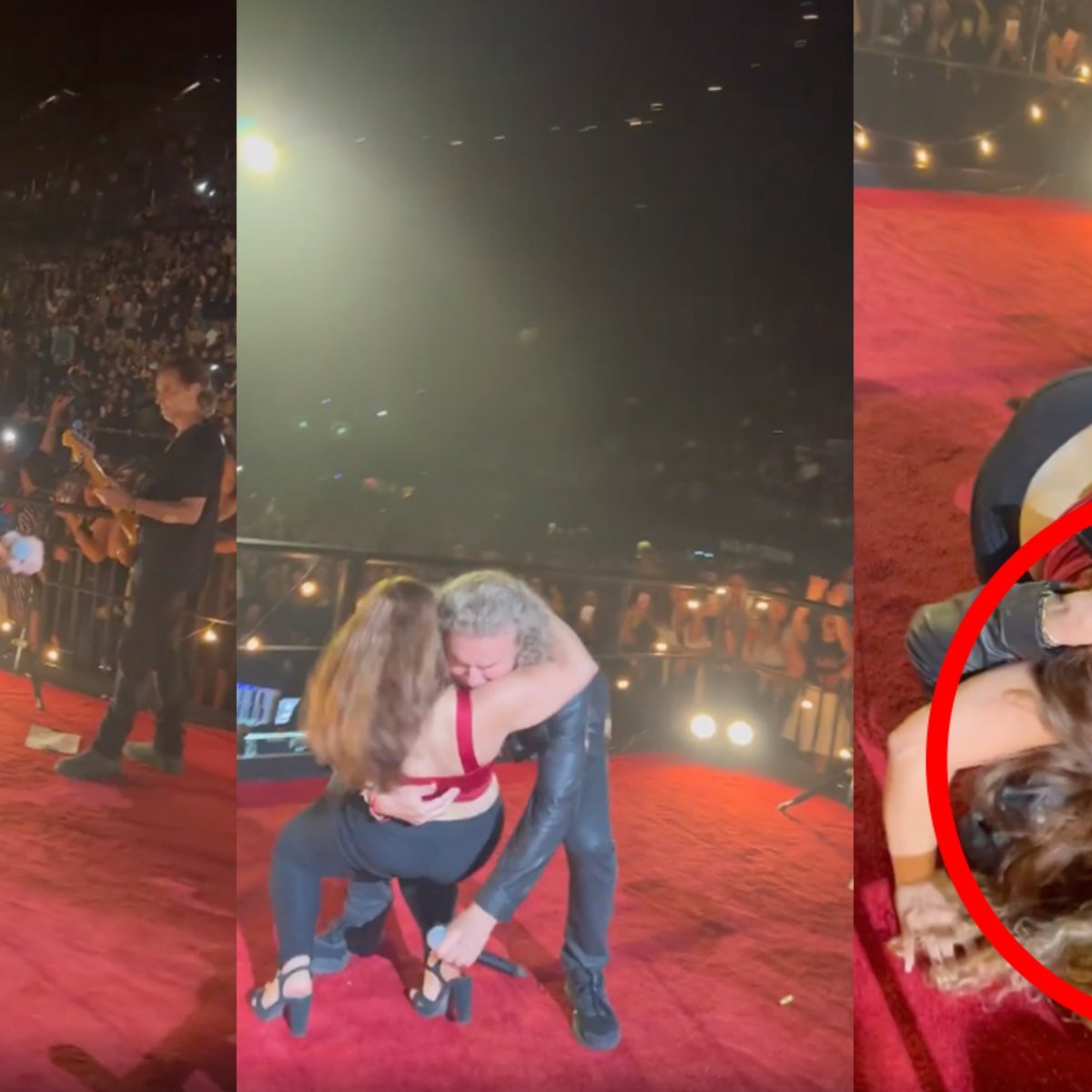 Mana Fher has caught the attention of Internet users due to a video they have shared on social networks. The singer starred in an embarrassing moment in one of his presentations at The Kia Forum, as he suffered an accident on stage; the clip went viral.

The artist went through a scare and everything happened at a concert, the singer of the band was lying on the floor as a fan tried to be carried, but the singer could not carry her and fell; The woman took the famous man by surprise, who did not think that she would throw herself at him to be carried.

In AmericanPost.News We have let you know that in this 2022 massive concerts have returned, several artists have returned to the stage, as happened with the band, who offered a concert in California, United States.

In the entertainment news we share the video that went viral, you can see that the fan was very excited to meet Fher, and without thinking she tried to get the singer to carry her, but he fell to the ground, which caused several user reactions.

The singer rolled on the stage for a few seconds, but was able to jump up, while a staff person helped the fan up. For his part, the artist mentioned that he was fine, although the singer questioned Nancy if she played football.

It may interest you: Fher de Maná shows off his new look and causes a furor on social networks

What happened to Manna?

One of the members of the group was about to die in the operating room, he was on the verge of death due to a bad surgical intervention, because the singer Fher de Maná had a vein cut that they shouldn’t have, he was bleeding, since they cut his throat.