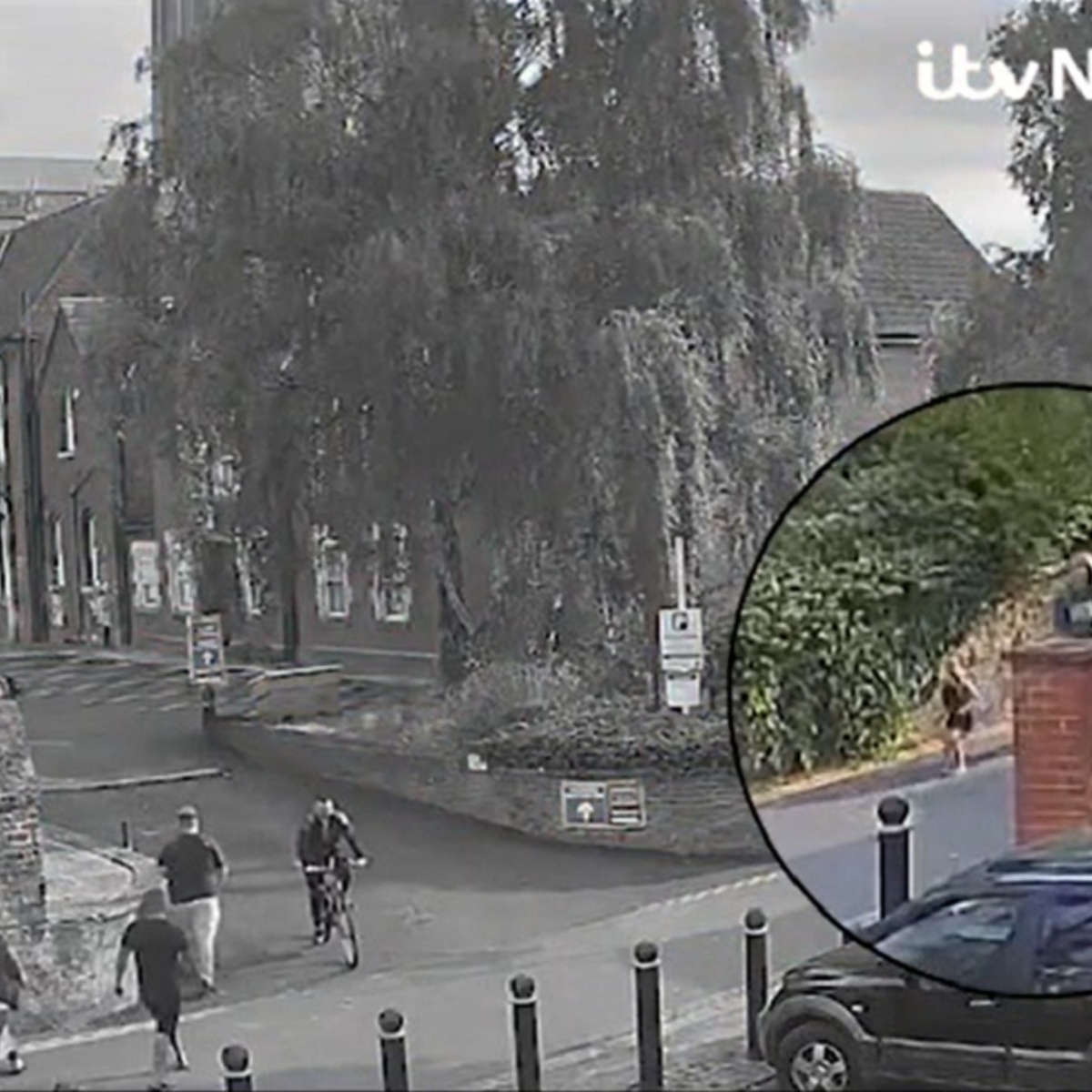 Images from a closed circuit show the last moments of a nine year old girl before they killed her stabs on the street.

Lilia Valutyte was happily playing with her little sister 10 minutes before she was killed in lincolnshire, England.

Little Lilia Valutyte died from injuries to her chest

She is seen bending down to pick up a hula-hoop before looking back to check that her younger sister is behind her.

Two police officers are then filmed running to the scene, with paramedics not far behind, but the schoolgirl could not be saved.

Fruit picker Deividas Skebas, 22, has been charged with murdering the minor, whom friends have described as “kind and funny”.

The Lithuanian citizen appeared in court on Monday, and was told by a judge that “the crime he is facing is the most serious crime that anyone can face in court.”

He has been remanded in custody ahead of his next appearance on September 19, when a provisional trial date will be set.

It may interest you: A girl who prayed for an end to armed violence is murdered in the US

As we mentioned in AmericanPost.Newstributes have poured in for Lilia, who was known for “always wanting to make her little sister laugh.”

Flowers and teddy bears have been left on Foundation Lane as the local community remains in shock.

A note left by a classmate, aged 9, read: “You were the best friend. I hope you’re with the angels in a better place now. You’re probably watching Harry Potter.”

The mother of a local schoolgirl said: ‘She was devastated and traumatized talking to some of the other parents. Her children are heartbroken. She has greatly shocked the city.

According to reports, Lilia’s family “went into hiding, terrified they might be attacked again.”

Someone claiming to be a close friend told The Sun that Lina, her husband and their other daughter had been moved to a safe house after being “so worried and unable to stay at home”.

“It’s so horrible, they have the impossible task of trying to come to terms with the loss of Lilia,” they said. “So they still feel like they need to protect the other little daughter from her.”

Lincolnshire Police said Lilia’s parents are supported by specially trained officers and have asked for their privacy to be respected.

Chief Superintendent Martyn Parker said: “This is a heartbreaking case that has affected many people in Boston and beyond. Our thoughts continue to be with Lilia’s family at this exceptionally difficult time.”

“The response to such a devastating incident has involved committing significant resources to the investigation and engaging with people in Boston who are understandably shocked by Lilia’s death,” Parker said.

‘Our officers have been in town, speaking to the public and listening to their concerns. We will continue to maintain a significant presence in the coming days.”