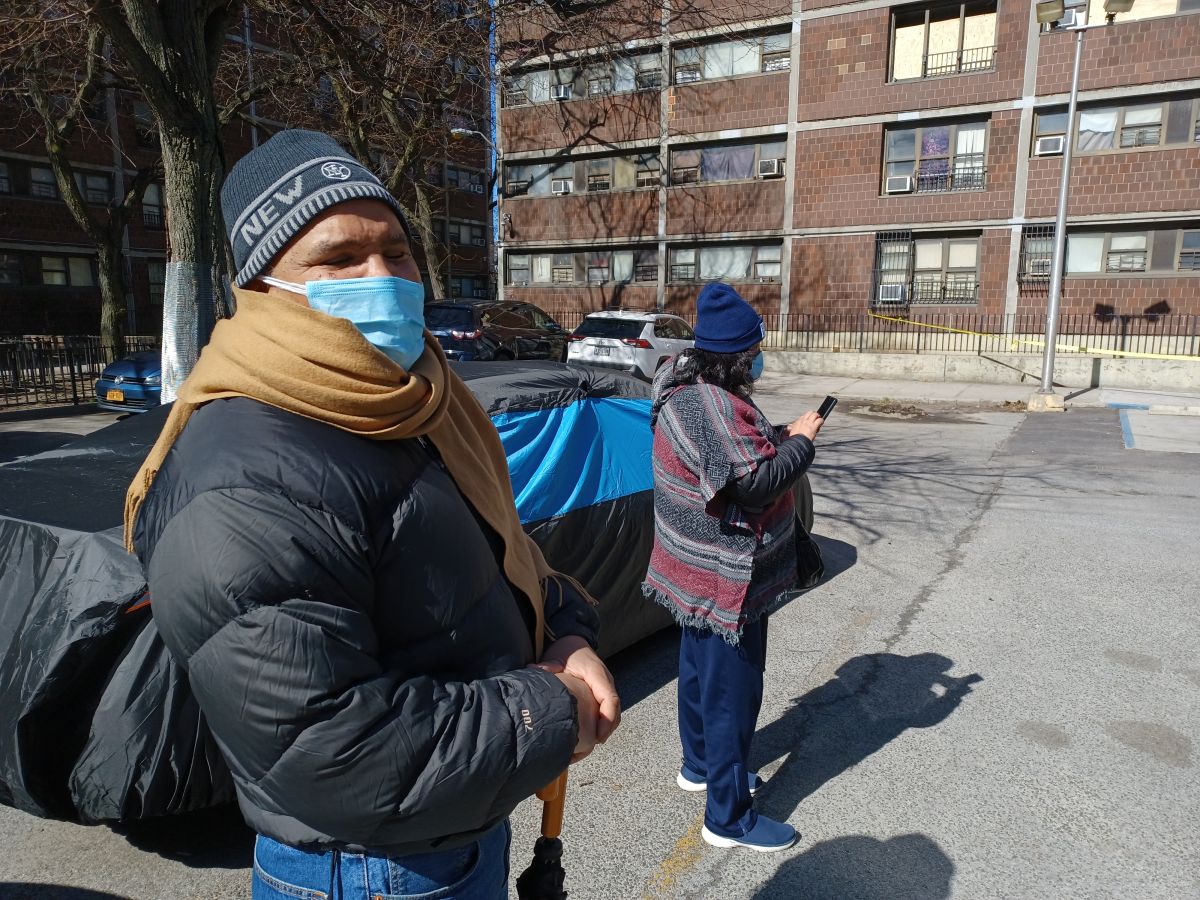 A new fire reported in the early hours of this Thursday in an apartment in a complex of the Public Housing Authority (NYCHA) in the Moore Street Brooklyn, although he only left 11 injured who are “very stable”once again added fuel to the fire on the issue of the risks involved in the use of electric heaters in residential spaces.

As in the tragedy that left 17 dead in the Bronx on January 9, one of the main triggers for the fire in this new incident, according to preliminary investigations, was the overheating and combustion of a ‘heater’, a device of very common use in winter times.

“Immediately when I got up, I went to the kitchen and I couldn’t believe that my heater was on fire. I immediately called 911. The candle got higher and I tried to get water, I just ran out. I grabbed my son and left the apartment as fast as I could“, he told local media crissy Dulce, the resident of the apartment where the combustion originated.

The flames engulfed Crissy’s apartment 3A, located on the 3rd floor of the NYCHA’s Borinquen Plaza complex where 80 families live, the vast majority of Puerto Rican origin. Two children were among the 11 wounded, and a baby among the rescued, amid a thick column of smoke.

“ANDThis would have ended in tragedy”

This fact that was recorded around 2 in the morning this Thursday, woke up in distress to residents of neighboring apartments by odors and the presence of smoke.

Such is the testimony of Puerto Rican Abimael Piyó and his wife, who for 10 years have lived on the top floor of that residential tower. They reported that they stayed for at least 45 minutes frightened by the smoke that entered your residential unit.

“We are just leaving the hospital, where they did the checkups. We are very good. But still scared. We could see that the firefighters and other rescue forces responded to the call immediately. Otherwise, this would have ended in a terrible tragedyAbimael commented.

Another neighbor who was visiting her brother describes breaking the windows when they were trapped by “thick smoke.” In the midst of despair and panic of ending up burned. They even thought about jumping.

“It is a miracle that there are no deaths. The fire that came out of that apartment was bestial. Luckily the firefighters acted very quickly”, he assured.

Crissy Dulce, the resident of the residential unit that was destroyed by flames, said that on many occasions had complained about heating failures. Therefore, she was forced to use the electrical device, whose malfunction allegedly caused the incident.

The New York City Fire Department (FDNY) stated that they are still in the “exhaustive investigation” phase of the incident.

In this sense, NYCHA said in a statement that “from October 2021there have been no heat or hot water outages in the building, and there are no repair or supply work orders in the apartment where the fire started.”

The Housing Authority of the City assured that as it is evident, they were found in perfect operation smoke-carbon monoxide detectors in the building.

They stressed that the fire detection systems were reviewed, for the last time, the January 22, 2022.

“We have an open investigation and further questions may be directed to the FDNY,” they said.

Other NYCHA sources indicated that “there is no doubt” that the automatic door closing system and fire detectionwhich operates in the building, together with the “firefighter work”, prevented a sequence of large-scale deaths.

However, other residents of this NYCHA complex, located in the 60 Monroe Street Williamsburgtold El Diario that in effect, failures in the heating systems have been reported this winter.

“People use those gadgets that turn out like a bomb, desperate for the cold, because the ‘hit’ (heating) comes and goes. It’s not constant”, said ‘David’ who has lived in these units for 15 years.

The risk of heaters

The Puerto Rican Lilian Oliver, 50 years old living in Williamburg, passed by the building that was the scene of the fire and assured that what she “heard on television” has made her make a decision: “I have one of those heaters for 40 years. With this other fire, as if I would prefer to be cold”.

He too Dominican Solomon Fernandez, With 14 years living in that Brooklyn neighborhood, he highlights that already this year they have heard very “bad things” and tragedies due to those electric heaters.

“any wire, one malfunction, it can light up an entire building. When I’m cold, he wrapped me up, but I’ve never had that, which has been shown to be dangerous, “he said.

This Thursday’s event, which in general was nothing more than a great scare, brought to the present the painful tragedy of the recent fire in the 333 East 181st Street in the Tremont neighborhoodin the Bronx, last January.

At that time, preliminary fire reports highlighted that faults in automatic door closing systems and a heater were the axes of that deadly combustion.

One of the hypotheses revealed was that the heater, which caused that fatal fire in the Bronx, could have “been working for several days. It overheated and exploded.”

To date, the researchers have not released any details about the artifact, such as the model and the age. They haven’t explained How could he have started the fire?

They are not the main cause of fires

Although the origin of the fires in New York City, according to official statistics, are not mainly linked to this electrical equipment, they do bring to mind two of the deadliest.

In 2007 a fire caused by a frayed cable killed 10 people in a Malian immigrant community in the Bronx. And, this 2022, also in that county, the memory of those who died in the worst tragedy of its kind in 30 years in the city.

Still, space heaters have been linked to about 1,700 residential fires a year, which has caused some 80 deaths and 160 injuries throughout the countryaccording to a 2021 report from the Consumer Product Safety Commission.

This agency that oversees the safety of consumer products, including space heaters, has the authority to work with businesses to remove dangerous products.

“Problems in the kitchens and the electrical system, for example, they are the most common causes of fire accidents”, they conclude.

In this way, Glenn Corbett, associate professor of fire safety and public management at John Jay College, explained to New York Times that these devices often cause fires “when they malfunction”.

“This may be due to overheating, because they were left on too long and older models may not have newer safety features, like they turn off automatically”he explained.

whatWhat does the NYS Department of Health recommend?

Fire in the Big Apple