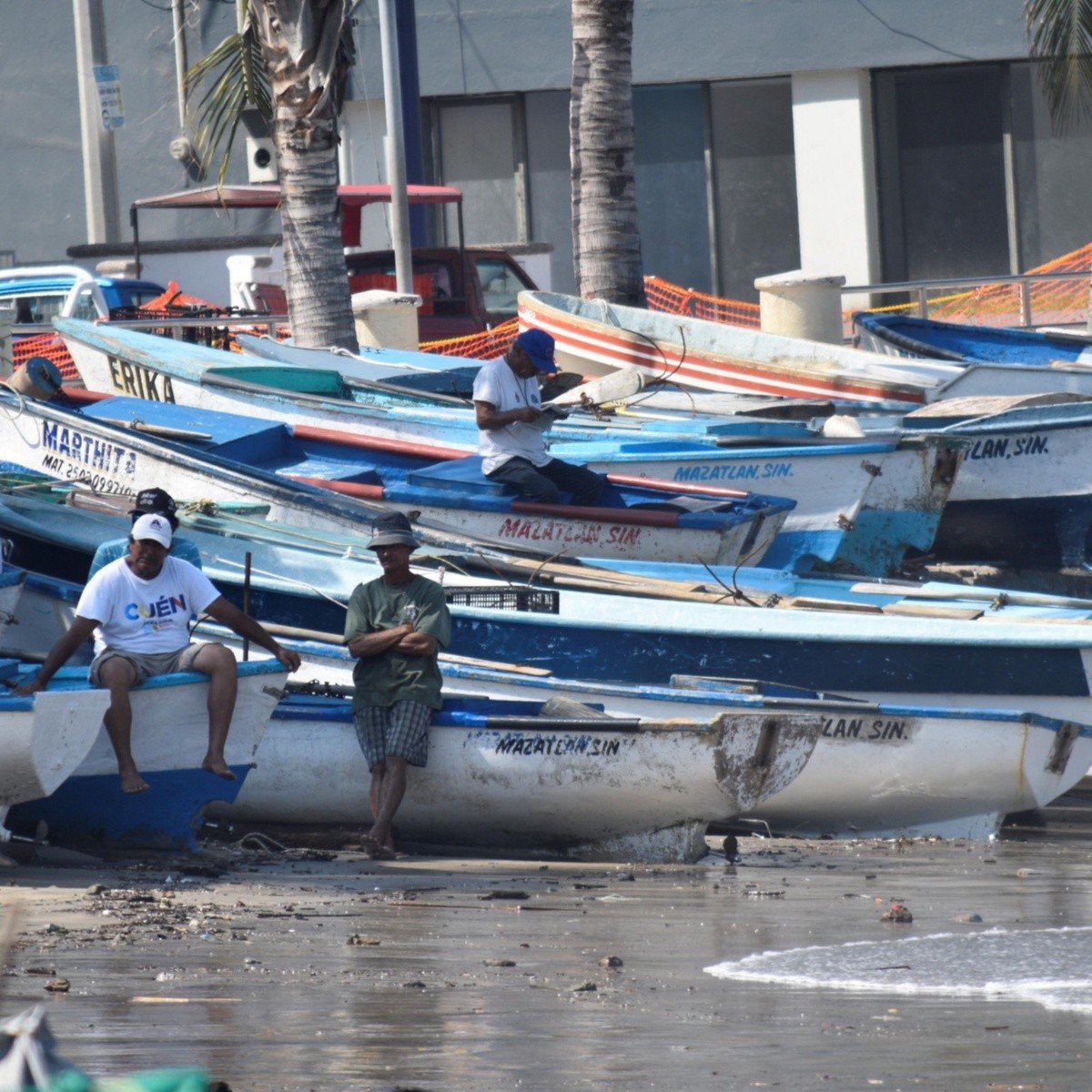 Sinaloa.- The beginning of the six-year term of Andrés Manuel López Orador has marked the fishing sector, which received a reduction in resources in the Federation Expenditure Budget, going from 3.7 billion pesos granted in 2018 to the National Fisheries Commission , to one thousand 700 million pesos for 2019.

The foregoing, together with a panorama in which inputs, such as marine diesel and coastal gasoline, continue to rise, and where illegal fishing has been put in the eye of the hurricane with the recent confrontation between fishermen and sailors in the port of San Felipe, Baja California, which left people injured.

Given this, fishing leaders told EL DEBATE that the federal government has a great responsibility to combat illegal fishing with clear and precise structures, without affecting fishermen or the security of exports to countries like the United States, which maintain a strict surveillance regime on how they acquire products in Mexico.

They also called for costs to be lowered in the energy sector, since, otherwise, they stated that around 42,000 fishmonger jobs would be in danger.

Humberto Becerra Batista, leader of the National Chamber of the Fishing and Aquaculture Industry, mentioned that although in San Felipe, Baja California, there is a very serious problem with illegal fishing of totoaba, in the rest of the country poachers are also a reality.

He explained that with dedication and determination, actions can be taken to reduce and eliminate illegal fishing and also allow research to generate options for fishermen, but within the sea: «You cannot take the fisherman out of the sea because he is like a fish, you take him out of his environment, you put him on land, and he drowns“, he claimed.

The national leader mentioned that during the past administration there was enough time to generate employment alternatives and innovate some actions so that the fisherman could continue carrying out his activity.

He indicated that illegal fishing is not an activity that he applauds, but he understands the human part in which for more than four years fishermen were being paid for temporary employment, where they receive money without going out to fish, for which he believed that cutting them said support this year is not a good decision, since they have to live on something: «I think that they should be supported financially, but set times to be able to generate solutions that benefit them and that do not affect other fisheries, as is the case with us.“, Held.

He assured that, with illegal fishing, the country’s fishing fleet, without exception, is at risk of the United States taking the measure of being able to block the introduction of fishery products, since there is an admissibility certificate that allows identifying the origin where the resource is coming from and with what fishing gear it is caught: «The United States imposed a certificate of admissibility that consists of separating the species that are caught with a shrimp trawl net to differentiate the shrimp that could be caught with this prohibited fishing gear and that precisely generates or was generated in that area of ​​the upper gulf.», explained the leader of Mexican fishermen.

In a telephone interview, Becerra Batista also stated that President Andrés Manuel declared his full support for the fishing sector, both for subsidies, and for not closing the country’s fishing areas, since before he took office, since NGOs he called “radicals” intended to close 70 percent of the areas where seafood is obtained.

However, he pointed out that today the strongest problem is the 100 percent increase in the price of marine diesel, from 2017 to date, which means that the fishing industry does not go out to sea: «Today there are 42,000 jobs at risk at the national level generated by fishmongers, for example shrimp, and in the same way it puts at a critical stage the fact that the costs of such important products of the basic basket are increased, such as is the tuna and the sardine“, he claimed.

Humberto Becerra stated that as an organization they have taken steps with the national authorities and have so far found the will to take the issue up with the president.

He indicated that they are confident that the president and the secretary of the Treasury understand that fishing is a highly important activity and generator of jobs among the most vulnerable people: the fishermen.

He emphasized that the activity is highly energy-consuming: «And that they also understand that fishing is fishing, it is not going to harvest; that it is risky, that it is very sensitive to climatic changes that generate mobilization, extraordinary dynamism in the species and therefore greater fuel consumption is generated when going to look for them in different areas of our seas“, Held.

No strategies against illegals

Likewise, he regretted that the high seas fishing sector has been pointed out for years that it is in the hands of the rich, indicating that its activity is actually made up of 95 percent of micro, small and medium-sized companies, without demeriting those that also exist. large companies:It is important to highlight that part, because that is why the previous Administrations did not give it the support that should be given to fishing, the support that is given in other countries of the world to the fishing sector», he concluded.

Despite the fact that there was a reduction in resources for fishing in the Federation Expenditure Budget between 46 and 48 percent, going from 3.7 billion pesos in 2018 to 1.7 billion pesos in 2019, José de Jesús Camacho Osuna, president of the Mexican Confederation of Fishing and Aquaculture Cooperatives SC, added that the authority has mentioned that they will seek to obtain extraordinary items.

Given this scenario, he reported that they have had meetings to address the situation they may face; however, he said he was confident that more resources would be obtained through the dependencies, «in this case from Conapesca, which due to its good relations with the president and with the Treasury will obtain more resources at the time», he commented.

Regarding illegal fishing, he indicated that until today there has been no real strategy to combat the scourge that occurs in various regions, and with the change of government they hope to create new strategies that meet the needs of the sector, but above all that they take taking into account the vulnerability of the fisherman: «We are in a transition stage of the Government. We are waiting for the projects to combat illegal fishing to be presented. We are aware that they hope to hire more fishing inspectors, with more training, and we are sure that this will be the case, it is the hope that we have, it is one of the most heartfelt demands of the sector that there be a truly effective inspection and surveillance», he emphasized.

The representative of 527 cooperatives, which are 39 federations in the country, pointed out that for this they also require the modification of the laws and that these be harsher with illegal acts, which harms them.

Jesús Camacho stressed that so far there is knowledge of support such as Bienpesca, which seeks to provide resources for training workshops on sustainable fishing, support for the modernization of smaller vessels and the card that allows discounts on marine diesel and coastal gasoline.

Gulf of California: Confrontation between the Navy and illegal fishermen

Last Thursday, March 28, the Navy explained that in San Felipe, Baja California, the Sharpie boat, belonging to the NGO Sea Shepherd, was attacked by fishermen from a boat that was trying to retrieve prohibited fishing nets, which had been raised in the vaquita porpoise protection range by Sharpie. Given this, within the framework of the Comprehensive Program for the Attention of the Upper Gulf of California, «an interceptor patrol and Marine infantry personnel were deployed where the fishermen’s personnel arrived aboard the aggressor vessel, which was towed by a vehicle with the intention of fleeing», he indicated.

According to Reforma, the naval personnel carried out deterrence maneuvers to try to secure the vehicle with the boat and arrest the alleged offenders; however, during these actions a vehicle of this institution was hit, in addition to the fact that a person present was injured by a shot.

Reorganization: Conapesca and the Navy join efforts in surveillance

The secretaries of the Mexican Navy (Semar), José Rafael Ojeda Durán, and of Agriculture and Rural Development (Sader), Víctor Villalobos Arámbula, updated the support bases for surveillance work on the high seas and in natural waters through an agreement protected to preserve fishing regulations.

As established, Conapesca will carry out protection and surveillance activities on the coasts and marine areas of the national territory and continental shelf, with the support of marine personnel from naval areas and sectors.

According to El Universal, the head of Conapesca, Raúl Elenes Angulo, reported that the reorganization of Conapesca highlights the recruitment of new fishing officers and the performance of operations where there is a record of poaching, among other actions. .