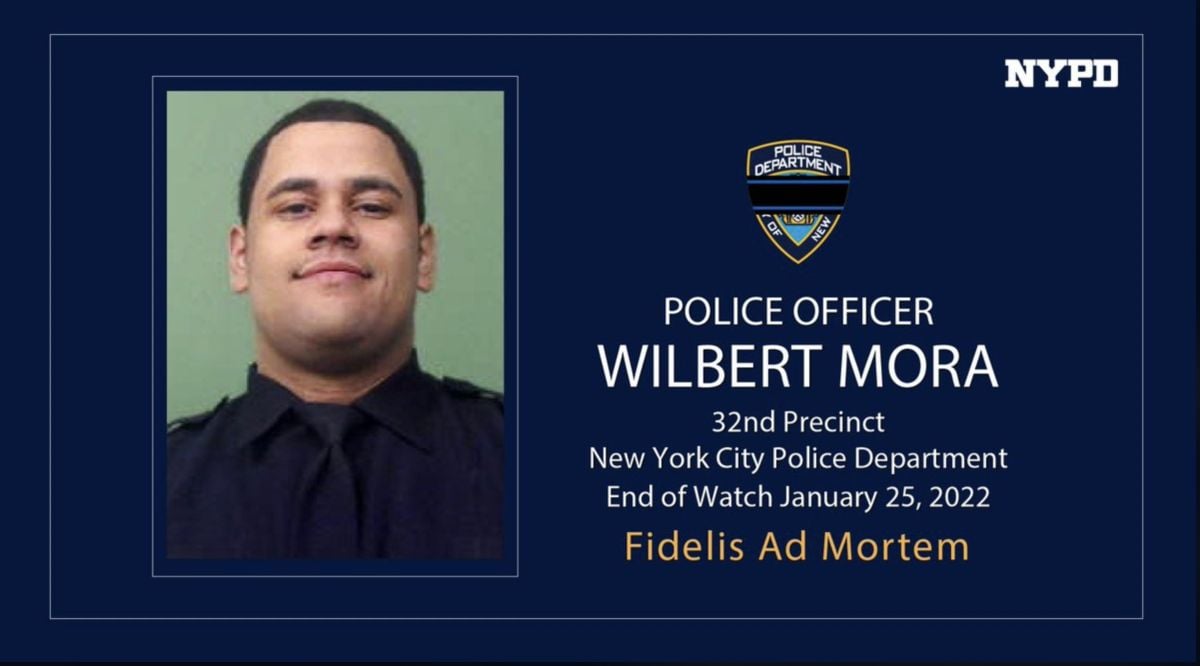 Today from 1 to 8 pm the wake is being held in the Cathedral of San Patricio de Mora (27), immigrant Dominican who died on January 25, after spending four days in intensive care. He was the youngest son from a close-knit family who settled in Brooklyn and then East Harlem after immigrating to the US His funeral mass will be there tomorrow at 10 am

Wilbert was the baby said to Pix11 Sergeant Dennis Rodríguez, president of the Dominican Officers organization in New York. The other officer killed in the Jan. 21 incidentorJason Rivera (22), was also of Quisqueyan origin.

“Dominicans, in recent years, have been the majority of Latinos recruited by the New York police,” Sergeant Rodríguez highlighted.

“He was a gentle giant,” his high school friend Rashad Mujumder said of Mora, referring to his 6-foot-3-inch stature. “The biggest person in the room with the softest heart.”

“He always brought people together,” recalled another friend, William De La Cruz. Mujumder said he met Mora at the High School of Graphic Communications in Hell’s Kitchen when they were in 9th grade. He added that Mora’s father worked as a barber and his mother, Amalia, in the health sector.

“Went to LaGuardia Community College and then transferred to John Jay College, which is known for its criminal justice studies,” the friend recalled. “He had a goal and he stuck to it. His parents are very proud of him. Seeing him put on the uniform was an incredible moment for them.”

Sumit Sulan (27), a third young officer on the scene, shot the gunman Lashawn McNeil, a 47-year-old ex-convict, who died on January 24 in the hospital after shooting the two young police officers Rivera and Mora, awakening the alarms of violence in New York and causing a condolence message from President Joe Biden.

NYPD Detective Chief James Essig claimed that McNeil had used a pistol. Glock 45 to shoot young officers in the head Rivera and Mora. NYPD later announced with a photo on Twitter that a rifle had also been found. AR-15 assault rifle, under McNeil’s mattress.