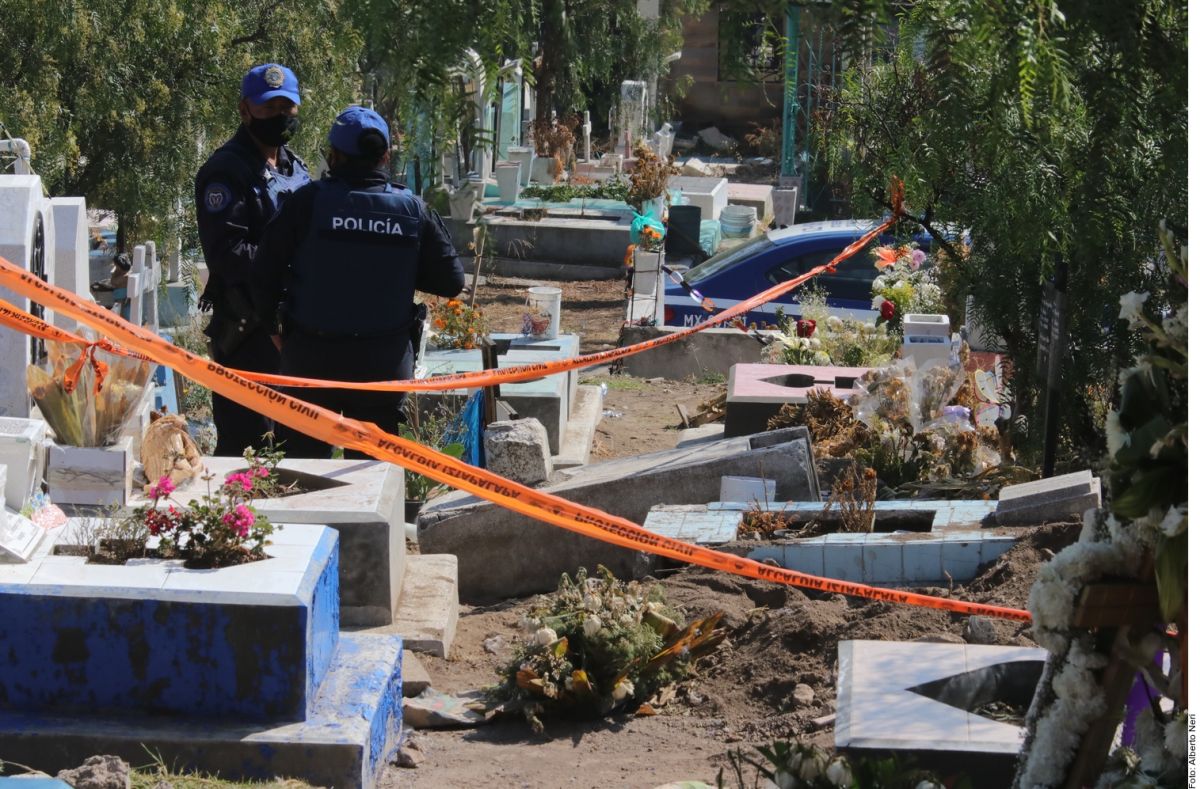 A control judge linked to the process the accused for the introduction of baby Tadeo to the San Miguel prisonwhich were distributed in various federal and local centers for social rehabilitation, low and maximum security.
During the hearing that was held by videoconference, a control judge ordered Jessica Velázquez Zambrano, Nadia Carolina García Manzano, Antonio Soto Chávez, Gerardo Hernández Hernández, and Sergio Zetina de Jesús to be linked to the proceedings.
The social representation informed them that They are accused of crimes against the general health law for illegally obtaining a corpsein addition to violations of the laws and regulations on burials and exhumations, concealment and criminal association.
The five detainees will remain in preventive detention. as a prevalent precautionary measure, while the complementary investigation will have a term of three months, until next May 5.
Antonio Soto Chávez, who apparently requested the introduction of the baby’s body, received it and hid it, will continue to be imprisoned in the Federal Center for Social Readaptation (Cefereso) in Chiapas to which he was sent since his arrest.
Jessica Velázquez Zambrano, the custody that allowed the entry of the body; Nadia Carolina, a frequent visitor who reportedly moved the body; and Gerardo, the custodian accused of collaborating in the events, will remain in the Cereso de Tepexi de Rodríguez. While Sergio Zetina de Jesús, who deposited the body in the garbage container, will continue in the San Miguel prison, in the capital of Puebla.
On February 3, the State Attorney General’s Office (FGE) of Puebla reported the apprehension of the five defendants, who are the main suspects of introducing, ordering and allowing the presence of the exhumed body of the baby in the San Miguel prison.
On January 31, the Puebla government announced that four of the 21 public servants who were detained in this case were released, since not enough evidence was provided to link them to the process.