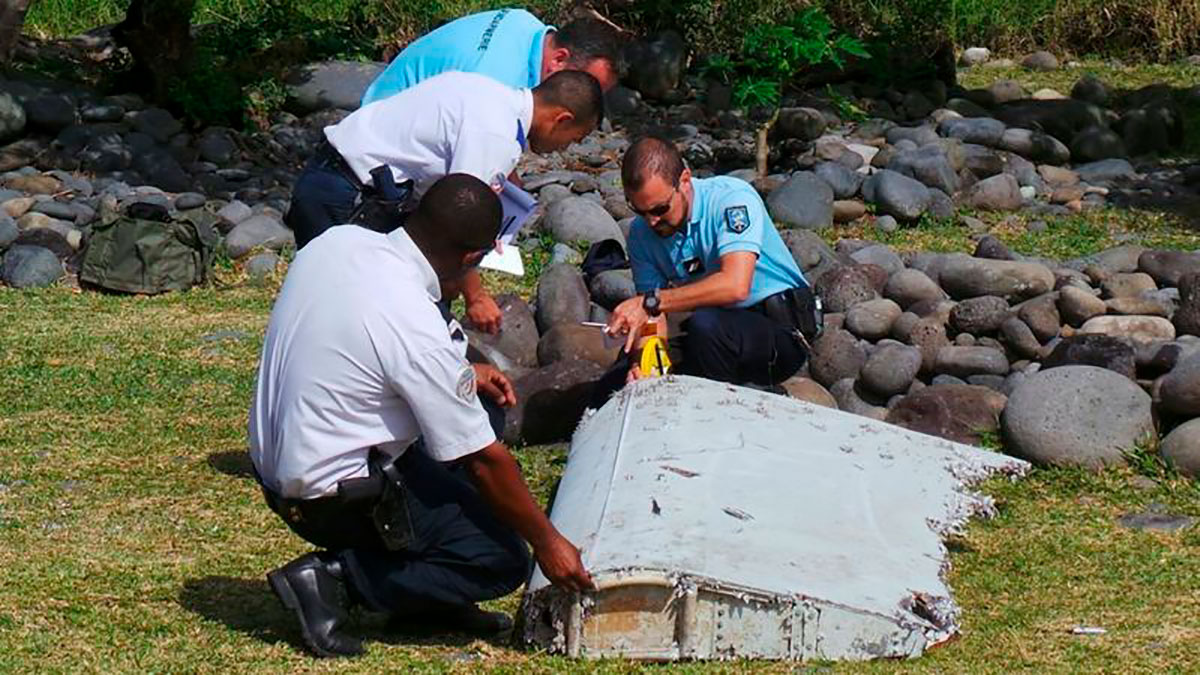 The disappearance of a Malaysia Airlines flight, carrying 239 passengers and crew, is one of the world’s greatest aviation mysteries.

But a British aeronautical engineer, who has spent more than a year working on the disaster, believes he has calculated where the MH370 crashed.

The plane disappeared from radar during a flight in March 2014.

Godfrey told the BBC that he hoped that “we can provide a closure to family members and give an answer to the public and the aviation industry on what exactly happened to the MH370 and how we prevent it in the future.”

He combined different data sets that were previously kept in separate domains, to align them with this new location in the South Indian Ocean.

Godfrey said that it was a “complicated exercise”, but previously there had simply been a lack of lateral thinking, across multiple disciplines, to deduce this.

Godfrey noted that work with the team has progressed over a year and “we have done a lot of testing of this new idea and gained the confidence to apply it to the MH370.”

The exact point determined by the data calculations is around 33 degrees south and 95 degrees east in the Indian Ocean.

It has been realized two exhaustive searches of MH370 in the Indian Ocean, which have yielded inconclusive results.

These searches have cost hundreds of millions of dollars, and while family members demand that their loved ones be found, the associated costs are enormous.

Grace Nathan lost her mother, Anne, in the accident.

“It really has been an ongoing nightmare. There is never an end. We seem to go in circles and hit one brick wall after another. “

“We have been waiting for a long time for something new: a new advance, something new that justifies that the search starts again and that at least there was a more precise location for the search and to increase the chances of finding the plane, “he told the BBC.

Nathan, a criminal defense attorney living in Kuala Lumpur, wants the new data to be tested by aviation experts who can understand the science and physics behind the location and show that the theory is credible.

Previous searches for MH370 have been difficult due to the size of the search area.

Godfrey indicates that “an area of ​​up to 120,000 km2 has been searched and not looking for a needle in a haystack, but something microscopic in a haystack. It is very difficult to carry it out ”.

The engineer’s new proposal is a 40-nautical-mile circular radius, much smaller than previous searches.

“The remains they could be behind a cliff or in a canyon at the bottom of the ocean, “he says.

“And you may need to go through the area three or four times before you start picking things up.”

More than thirty pieces of debris from the plane have been washed up on the beaches of the African coast and the islands of the Indian Ocean.

In 2009, Godfrey was supposed to travel on Air France flight 447 from Rio de Janeiro to Paris, but due to work plans he had to stay in Brazil.

That flight never reached its destination and was lost in the Atlantic. From this moment, was interested in the flights lost at sea and their location.

Godfrey is a founding member of the Independent Group MH370 and is an engineer with experience building automatic landing systems and autopilot systems for aircraft.

“I have worked a lot in information systems and handled a lot of data and that is important in this analysis. There’s a lot of data to go through and filter this needle in the haystack, ”he says.

David Gleave is the Principal Investigator for Aviation Safety Consultants. He has worked on plane crashes and disappearances for decades.

Gleave hopes there will be a new search but states that “financing the new search will be the problem“.

“Because we now have additional accurate data indicating where the crash site could be, that appears to be completely credible and consistent with other theories.”

The timing and launch of another search will depend on the availability of specially designed equipment and also on the state of the sea.

“Realistically, we want to be in the Southern Ocean in the southern summer, which is now. So the search could well start over in 12 months, because you can’t get the resources together and have them on the site in a short period of time. “

“But it may be that the Chinese take responsibility for searching for your victims. Or private companies could look, sponsored by insurance companies, “he says.

There was 122 Chinese citizens aboard the MH370, which departed from Kuala Lumpur but never reached its destination, Beijing.

The disappearance has given rise to a host of theories about what happened.

One of the theories is that it was a “pilot hijack,” where the pilot took control and disabled radar technology before turning over the Gulf of Thailand and heading west.

Gleave states that “if you are going to hide the aircraft in the South Indian Ocean, you must ensure that the aircraft is further west of the standard flight path, out of the reach of search and rescue aircraft from Australia. So this precise location is consistent with that theory. “

The Australian Transport Safety Board (ATSB) involvement in the underwater search for MH370 concluded in October 2017.

The agency told the BBC that “the ATSB is not involved in any contemporary endeavors to establish the location of the aircraft ”.

“Any decision to resume the search for the aircraft would be a matter for the government of Malaysia, which is the state where the aircraft’s registration is registered.”

Grace Nathan notes that “it is in the interest of global aviation security that this aircraft is found so that we can prevent something like this from happening in the future“.

“It goes beyond our need for closure.”