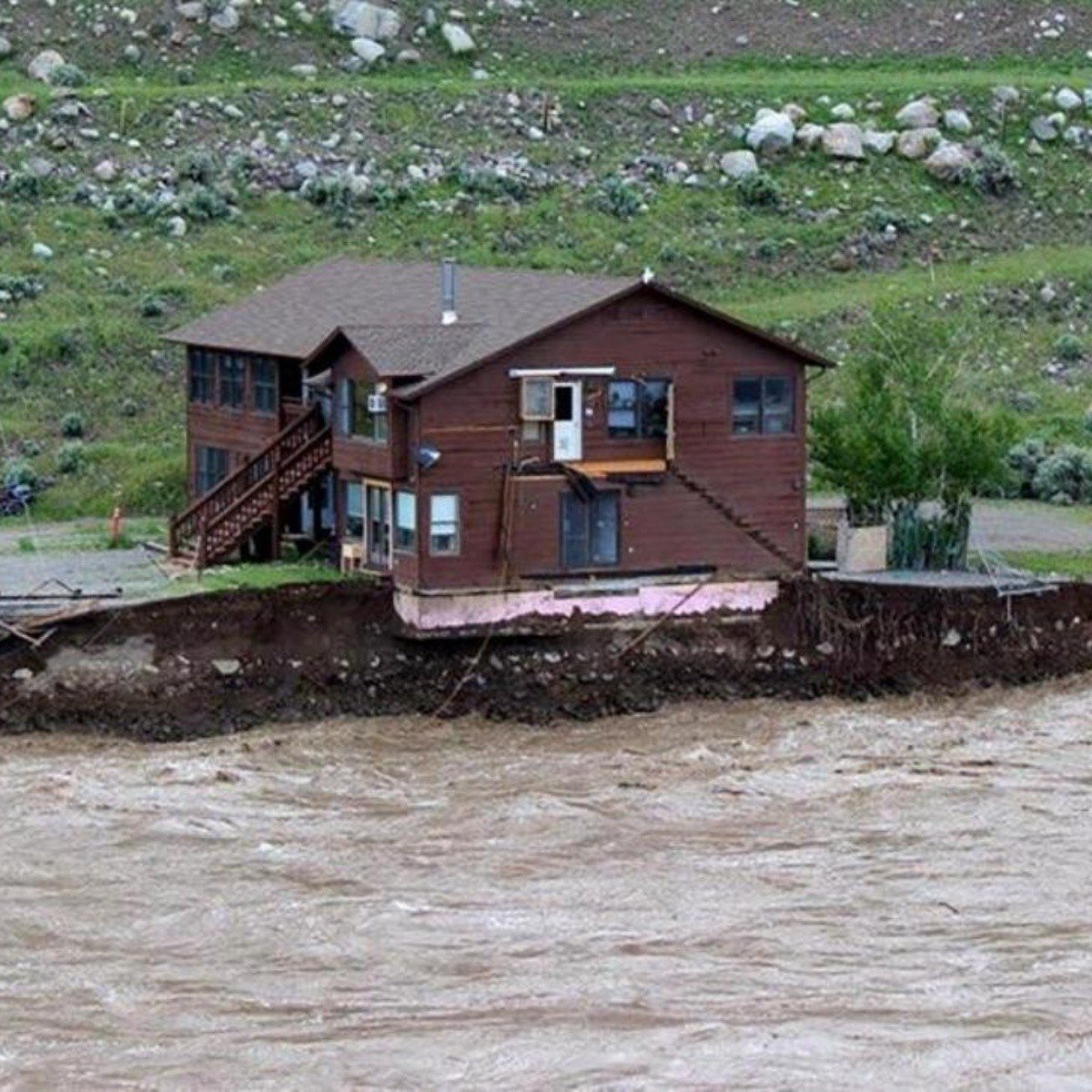 Montana – Heavy flooding hit the U.S. Yellowstone National Park and nearby towns on Monday, washing away roads and bridges, knocking out power and forcing visitors to evacuate parts of the iconic park at the height of the summer tourist season.

All entrances to Yellowstone were closed due to substantial flooding, caused by heavy rains and snowmelt, while park officials evacuated tourists from the most affected areas. It was not immediately reported if there were any injuries.

The most severe damage occurs in the northern part of the park and in the towns at the entrance to Yellowstone in southern Montana.

Photos from the National Park Service showed a landslide, a collapsed bridge over a creek, and roads severely damaged by rising Gardner and Lamar rivers.

The flooding cut off road access to Gardiner, Montana, a town of about 900 people located near the confluence of the Yellowstone and Gardner rivers, just outside Yellowstone’s busy north entrance.

In a Gardiner cabin, Parker Manning, of Terra Haute, Indiana, got a close-up view of the rising waters and landslide of the Yellowstone River bank right outside his door.

“We started seeing whole trees floating down the river, debris,” Manning told The Associated Press. “We saw a crazy kayaker go down, which was kind of insane.”

The Yellowstone River in Corwin Springs reached a height of 13.88 feet (4.2 meters) on Monday, higher than the previous record of 11.5 feet (3.5 meters) set in 1918, according to the National Weather Service.

Rising waters flooded a street in Red Lodge, a Montana town of 2,100 that is a popular starting point for a scenic, winding drive to the Yellowstone Highlands.


The largest waves recorded in all of history