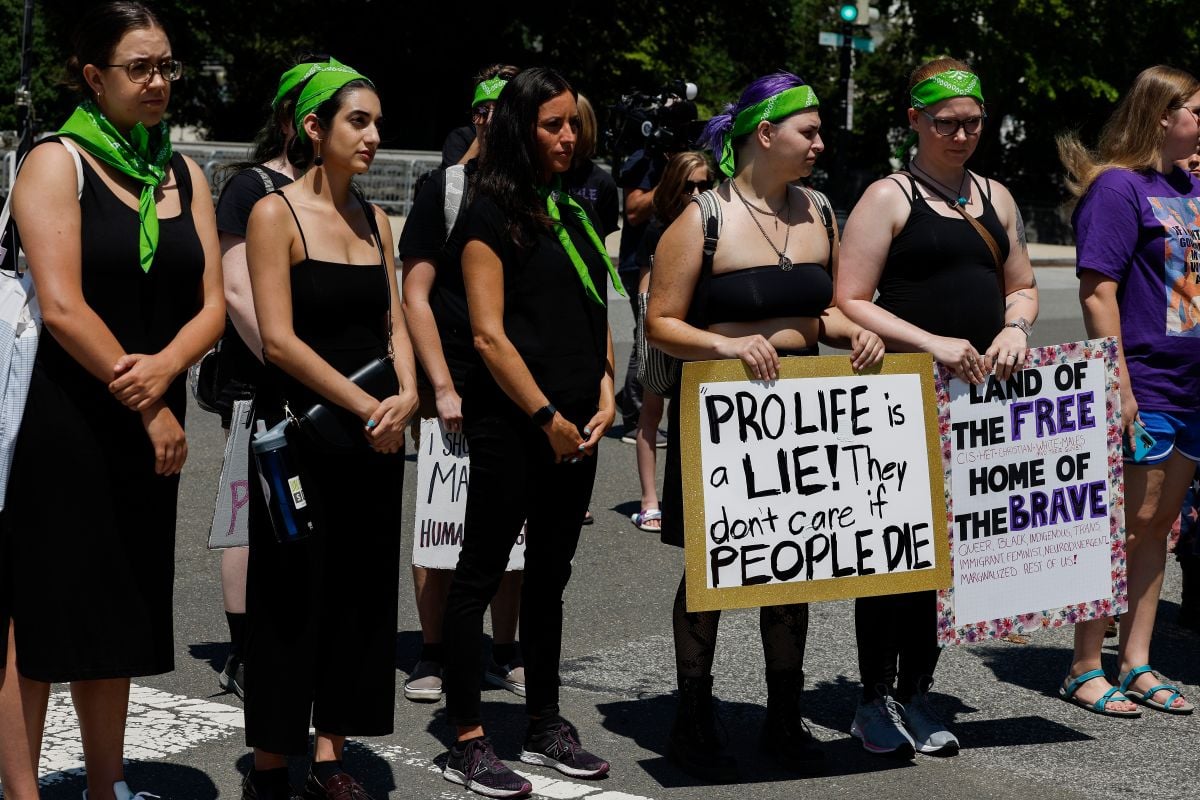 Florida Governor Ron DeSantis has suspended a state prosecutor who vowed not to prosecute cases related to the recent ban on abortion after 15 weeks of gestation in this southern US state, in addition to expressing his support for gender reassignment treatments in minors.

“State prosecutors have a duty to prosecute crimes as defined by Florida law, not to choose which laws to enforce based on their personal agenda,” DeSantis said in a statement announcing the suspension Thursday. Hillsborough County State’s Attorney Andrew Warren.

DeSantis, a rising figure within the Republican Party and in November of this year aspires to re-election, appealed to the powers granted by the state Constitution to suspend Warren, a member of the Democratic Party who was elected by the voters of that county in 2016 and re-elected in 2020.

“AUTOCRAT” AND A THREAT TO DEMOCRACY

The decision deserved that a group of people will gather this Friday in front of the headquarters of the courts of that county, in the city of Tampa, to denounce what they described as “autocratic” action.

Florida Agriculture Commissioner Nikki Fried, the only Democrat in the Florida Executive, was part of the demonstration, pointing out that the power to suspend an elected official belongs to the voters and not to the governor.

“It is not up to the governor to remove elected officials because he does not agree with their philosophies,” said Fried, who did not hesitate to describe DeSantis as “the greatest threat to democracy in the entire country,” reports the Miami newspaper today. Herald.

The Democratic gubernatorial candidate in the November election said Warren had expressed a desire to legally use her prosecutorial discretion to “protect the rights” of Hillsborough County residents.

Along these lines, Florida Congressman Charlie Crist, former governor of this state, said that prosecutorial discretion is inherent in the work of prosecutors, since it offers them flexibility when resources are limited, an aspect that DeSantis, a lawyer with studies in Harvard and Yale universities, you should know, he said.

The Democratic candidate for governor of this state also said at a press conference that DeSantis is “an autocrat who would love to be the dictator of Florida and then of the United States.”

DeSantis’ order alludes to a statement signed in June of last year by several prosecutors in the country, including Warren, in which they commit at their discretion “not to promote the criminalization of gender-affirming health care or transgender people.” ”.

Likewise, on June 24 of this year, the prosecutor joined other colleagues in a joint statement in which they stated: “We refuse to use the resources of our offices to criminalize reproductive health decisions.”

He said that the governor’s decision supposes “annulling” the vote of the population and specified that, until the order of its suspension, which is for an indefinite period of time, no case had come to his office related to the new state law on abortion in Florida.

In an editorial in the Tampa Bay Times, entitled “DeSantis: You are not the king of Florida”, the editorial board of this newspaper described the measure on Friday as “politically cowardly, legally suspicious, suspiciously programmed.”

THE LAW ABOVE EVERYTHING

On July 1, a new state law came into force in this state that prohibits abortion after fifteen weeks of pregnancy, with exceptions such as the mother’s life being in danger if the procedure is not performed. Exceptions do not include cases of rape or incest.

Florida does not have laws that punish gender change treatments between minors.

The Republican, whose name is being called as a possible candidate for the Presidency in 2024, stated that the position of prosecutor Warren was “below the standard of the Florida Constitution.”

In a statement, the chairman of the Florida Democratic Party, Manny Diaz, lamented the suspension of Warren, “an exceptional public official,” and said that this “offensive display of power” by DeSantis is a political game that puts the public security.

“It is in line with DeSantis’ record of stripping freedoms from Floridians: women, duly elected local government and school officials, private individuals and businesses, or anyone else who would simply dare to disagree with him,” it added.

–Kansas, the first state in the United States to ratify the right to abortion in a referendum
–Justice Department sues Idaho for near-total abortion ban
–Biden nominates a lawyer for a position of federal judge in abortion case