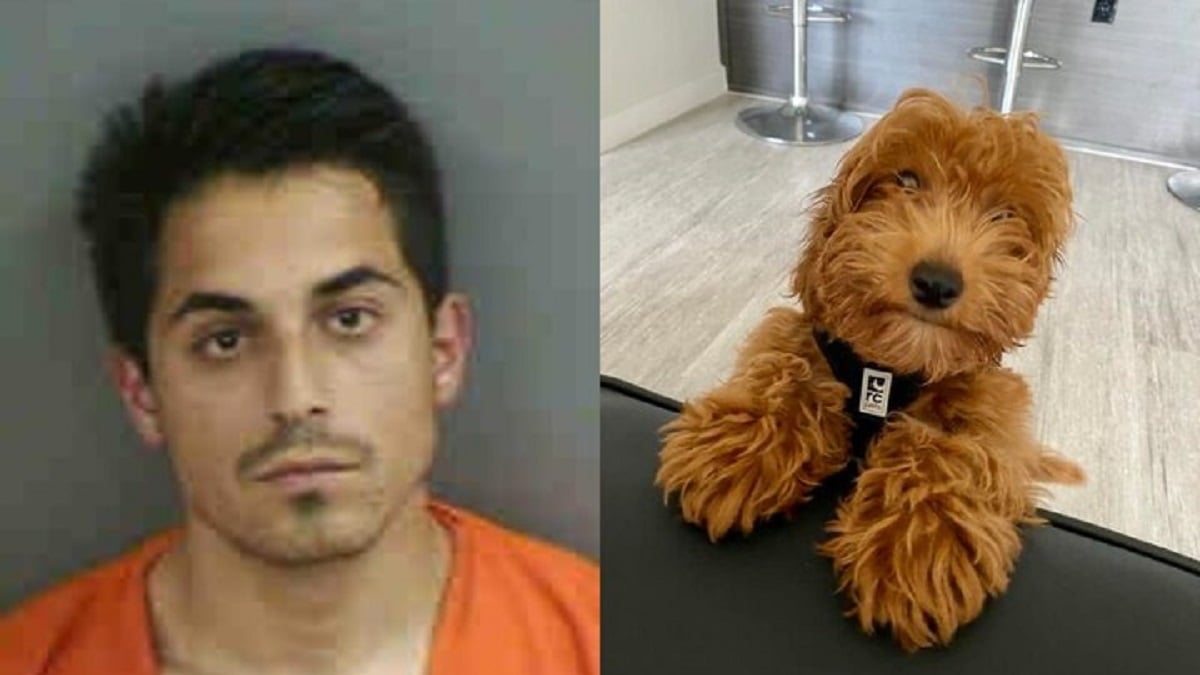 A Florida man was arrested Thursday after allegedly beating a goldendoodle to death. after a police investigation.

The investigation began on August 2 after Collier County Domestic Animal Services contacted the sheriff’s office about a possible abuse case involving a dog.

Investigators say Garon and his girlfriend took their injured pup to an emergency veterinary clinic on July 29, where the dog later died.

However, the couple was unable to explain to hospital officials the cause of the puppy’s injuries when contacted, the sheriff’s office said.

“The puppy was wet, disoriented and couldn’t breathe normally. The dog could not stand up or raise its head. A veterinary exam revealed possible head trauma, bruising to the right ear and mouth, and muscle damage throughout the body.“, the sheriff’s department said.

A witness contacted the hospital and said they heard Garon hit the puppy on July 29.

Suspect’s girlfriend told authorities she believes Garon killed the dog. She became concerned after coming home to find the dog on the verge of death.

However, Garon denied the animal abuse allegations. He also denied having a substance abuse problem, despite witnesses saying he did.Winknews reported.

Sheriff Kevin Rambosk said the death of “Buzz Lightyear” was one of the worst cases of animal abuse he has seen.

“This is one of the worst cases of animal abuse that we have seen,” Rambosk said. “No animal should have to suffer such a death.”