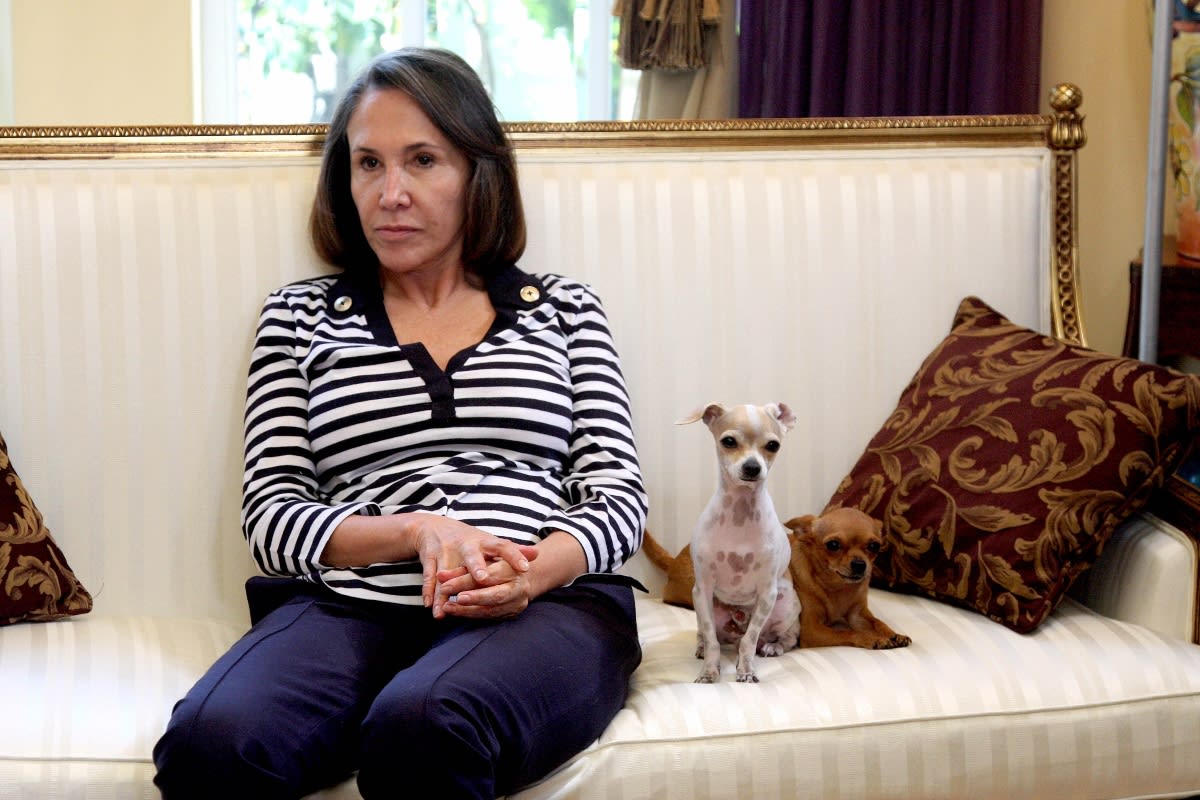 What happened? Just a couple of days after having shared an image in which she looks radiant at 72 years of age, the renowned actress and producer Florinda Meza shares a photo with a blow to the face that worries her fans.

It was through his official Instagram account that the widow of Roberto Gómez Bolaños, who died on November 28, 2014 due to respiratory complications, shared a message in which he explained in detail what happened.

As mentioned above, Florinda Meza had shared an image in which her stylized figure looks more than 70 years old with the following text: “Courage, treasures! We are going to live with joy… and we are going to eat the world. I love you, my Pretty Virtual Neighborhood ”.

It is striking that in this message the widow of Chespirito used several hashtags, including “The return of Florinda”, although so far she has not said anything officially. We will have to wait if there is any kind of news.

“Even so I will continue to fight”

“Sometimes when we ‘eat the world’ we can have some setbacks… but even so I will continue to fight. For the curious, I only fell for carrying a lot of things, just as happens in life, ”said Florinda Meza.

In this photograph, which provoked reactions of all kinds, you can see that the hit of the renowned actress is above one of her eyes, by the way, very bulky: “It is better to be careful and lighter. Fortunately, I’m fine. End of the statement ”(Filed under: Florinda Meza shares a photo with a blow to the face that worries her fans).

Born on February 8, 1949 in Juchipila, Zacatecas, Florinda Meza is famous for playing Doña Florinda in El Chavo del 8, but without a doubt, one of the characters that earned her to be loved by her followers is La Chimoltrufia, El’s wife. Botija.

In addition to this image, the actress shared another photograph in which her beauty is ‘in evidence’: “What fault do I have that my ‘fans’ see me like this. I mean, I’m overwhelming, why do I say no, if yes? Thanks to @ florinda.meza.garcia and all my followers ”.

It was on June 24 that Florinda Meza shared this image, where she expressed herself like this: “This phenomenon began with El Chavo. 50 years and counting. It cannot be matched, it cannot be repeated, but fortunately we can continue to enjoy it for many more years … or better forever, because there is magic in this neighborhood. Right? ”.

On the occasion of the application of vaccines against the coronavirus, it was at the end of last March that an image went viral on social networks where the renowned actress Florinda Meza is observed waiting for her place as an ordinary citizen.

“Democratically waiting for the COVID-19 vaccine. I just took off the mask for the photo, “wrote the widow of Roberto Gómez Bolaños, to which one person replied:” Florinda, you really have always been very humble, congratulations “(Filed under: Florinda Meza shares photo with blow in the face that worries his fans).

Don’t skip it! Florinda Meza seeks to be considered for the next labor negotiations that have to do with her husband, Roberto Gómez Bolaños, who died almost seven years ago, according to the lawyer Guillermo Pous

“It would have to be determined who has those rights”

“Don Roberto was very precise in his will, however, he neglected to mention who would benefit from the biographical and image rights, therefore, what Mrs. Meza seeks is to legitimately establish who they correspond to and in any case that I can exercise them without any problem, “said the legal representative in an interview. This arose after the rumors that exist around the realization of a biographical series of the creator of El Chavo del 8.

“Not being the owner of the intellectual property rights of Chespirito does it mean that (Gómez Fernández) has the biographical and image rights of his father, in any case it would have to be determined who has those rights, so that he can exploit them,” he said. Pous.

In every negotiation in which her husband, Meza, who gave life to Doña Florinda and Popis in the television series, has to be present, as established in the will, she added: “She fully recognizes that, who he is the owner as established by her husband, he is Roberto Gómez Fernández ”.

“However, the will indicates that she must be part, always and without exception, of all negotiations involving Chespirito’s rights because she is in charge of the integrity rights of the work,” he said. Meza is the co-author of some episodes of the program starring Roberto Gómez Bolaños, but does not have the rights to the chapters produced.

“You should be entitled to royalties”

The objective of Florinda Meza, widow of Roberto Gómez Bolaños, is to regularize the rights that correspond to her as the author and co-author of different literary content: “What she seeks is to obtain the benefits as a consequence of this co-authorship,” explained Guillermo Pous.

“She should be entitled to royalties as a result of the work that is exploited of which she is the author,” shared the lawyer. At the moment, there has been no rapprochement with the Fernández family; Pous trusts that there will be no impediment on his part before this legal procedure (Filed under: Florinda Meza shares a photo with a blow to the face that worries her fans).

Projects on the doorstep

In alliance with the company THR3 Media, it is planned to launch a film and animation projects, as well as the biographical series; the first two could be carried out, however, the last only until this legal situation is resolved.

“The bioseries would be flawed if the rights did not correspond exclusively to him (Gómez Fernández) and it would end up being an illegal act.” In August of last year and after almost five decades of continuous transmission, the “Chespirito” programs went off the air in Mexico and the world because a satisfactory agreement was not reached between Grupo Televisa and Grupo Chespirito (With information from Agencia Reforma ).