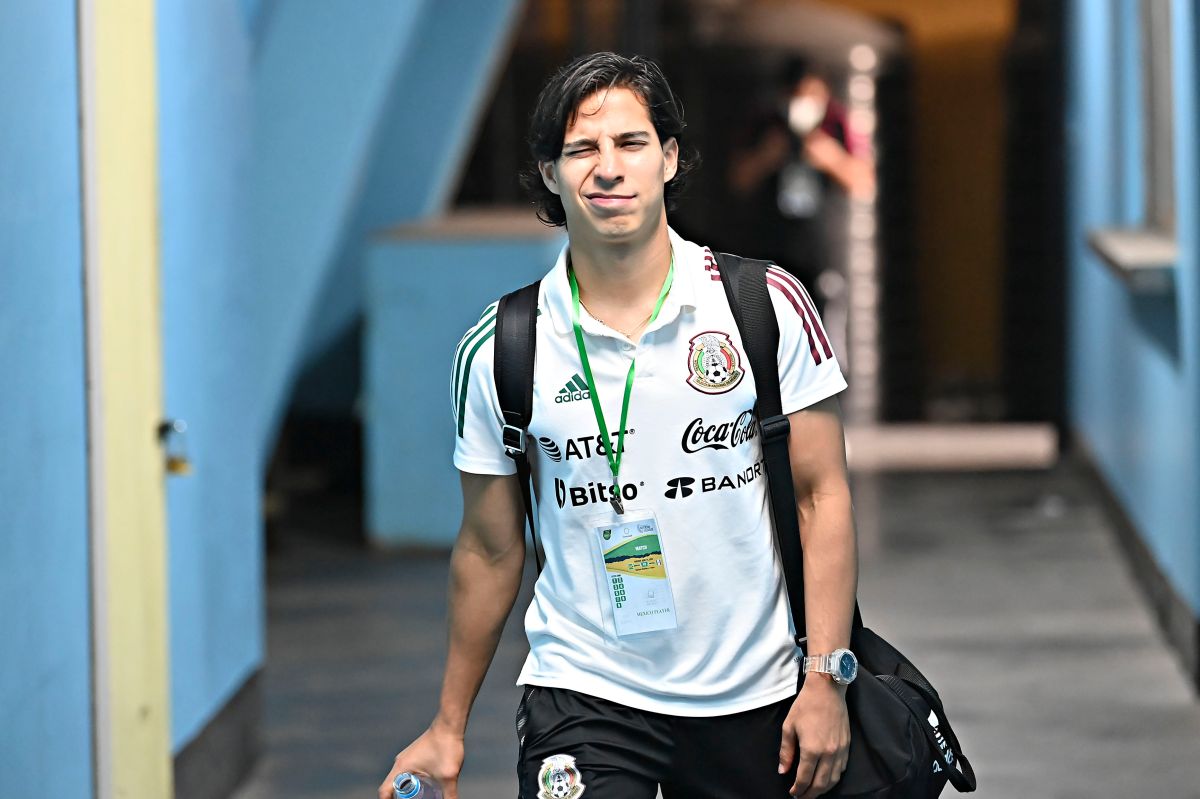 the mexican soccer player Diego Lainez made his debut wearing the Sporting Braga shirt. The native of Villahermosa entered the game in the 73rd minute in which his team ended up winning 3-0 over Famalicao and thus obtained their first victory of the season after drawing at home on the previous date against Sporting Lisboa.

The Mexican striker entered at minute 73 by Iuri Medeiros and he looked very good in the minutes he was able to play from the pitch. The negative note would be that the player is still on the substitute bench and the idea of ​​leaving Betis was to add minutes to be taken into account as a true option for Gerardo Martino for the Qatar 2022 World Cup.

Diego Lainez is a footballer with plenty of talent and he wants to show it in his new adventure, this time in Portuguese football with the colors of Sporting Braga. During the Mexican’s stay with Betis he was not seeing enough minutes, which is why his possible call for the Qatar 2022 World Cup was in danger. However, with Braga he continues to enter from the bench and his debut is only consolidated in the second game.

Keep in mind that the season is just beginning and from the board of the “Archbishops” they have seen very favorably the incorporation of the Mexican soccer player. It is worth remembering that Lainez’s new team will be competing on several fronts, including the League, Cup, League Cup and Europa League.

The numbers of Sporting Braga

With the victory against Famalicao, Sporting Braga is in the first place in Portuguese football in a newly born season that barely has two games. Those led by Artur Jorge have a record of one win and one draw in two games; they also add the amount of six goals for and three against; they total a positive difference of three goals and add four points, one more than Porto, Benfica and five teams that are tied with three points.

The goals in the victory against Famalicao were the work of Nuno Sequeira in the 13th minute and a double by Simón Banza in the 18th and 79th minutes of the game. It remains to wait if Diego Lainez continues adding minutes and manages to earn a place in the starting lineup of Artur Jorge.

You may also like
. They have not registered him: Andrés Guardado would be practically ruled out to play the first day with Betis
. Santiago Naveda explains his reasons for leaving América and signing with Poland’s Miedz Legnica: “He no longer had a participation in the friendlies”
. Chicharito Hernández’s girlfriend came out in defense of the soccer player: “Is it really necessary to go that far?”