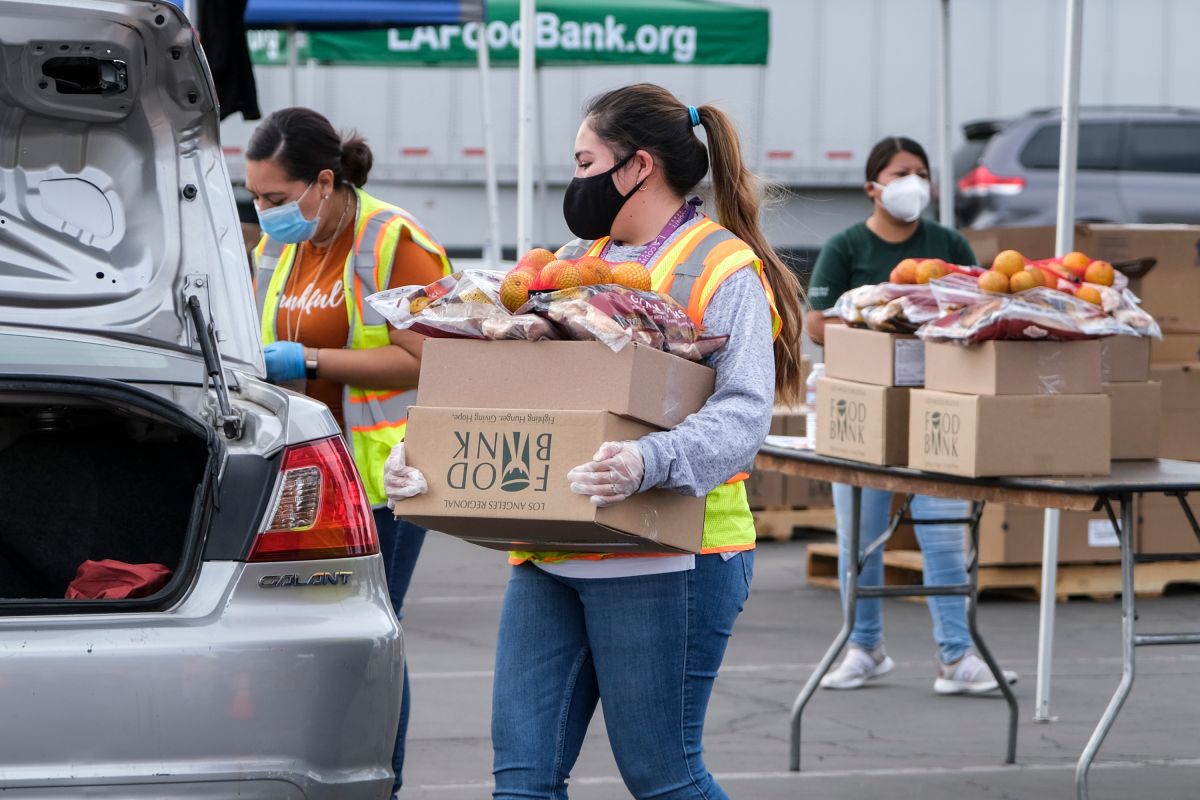 Food banks are organizations that collect and distribute food to other smaller charities that serve people at risk of hunger through food pantries and meal programs.

The coronavirus pandemic has left millions of families without stable employment. In the United States, more than 42 million people, including 13 million children, may be food insecure, according to data from Feeding America, a nationwide American network of 200 food banks.

Latino communities are more likely to face hunger than non-Hispanic white communities. One in six Latinos in the United States is food insecure.

How do food banks work

Feeding America explains that food banks act as food storage and distribution warehouses for smaller front-line agencies and generally do not distribute food directly to people.

Most of the partner distribution organizations that deliver the food also tend to themselves as food banks.

All food banks depend on donors and volunteers for their daily operations.

Where do food banks get their food from?

How many food banks are there in the United States

There are more than 200 food banks in the United States. According to Food Bank News, in addition to Feeding America’s 200 food banks and its 77 partner distribution organizations, there are at least 53 independently operating food banks.

A new kind of food bank has also emerged, at least 37. They do not depend on non-perishable food, They work to salvage fresh food and distribute it quickly so it can be eaten before it is wasted.

The largest food banks in the country according to their income are Oklahoma City-based Feed the Children, Normal, Ill-based Midwest Food Bank, and Houston Food Bank. The first two are banks independent of the national association of food banks Feeding America.

To find a food bank in your local Feeding America community You must enter their website and enter your zip code or state.

To find a local food bank in California You can enter the California Association of Food Banks site where the directory with a list of locations and telephone numbers of the different organizations that serve as food banks in the state is displayed.