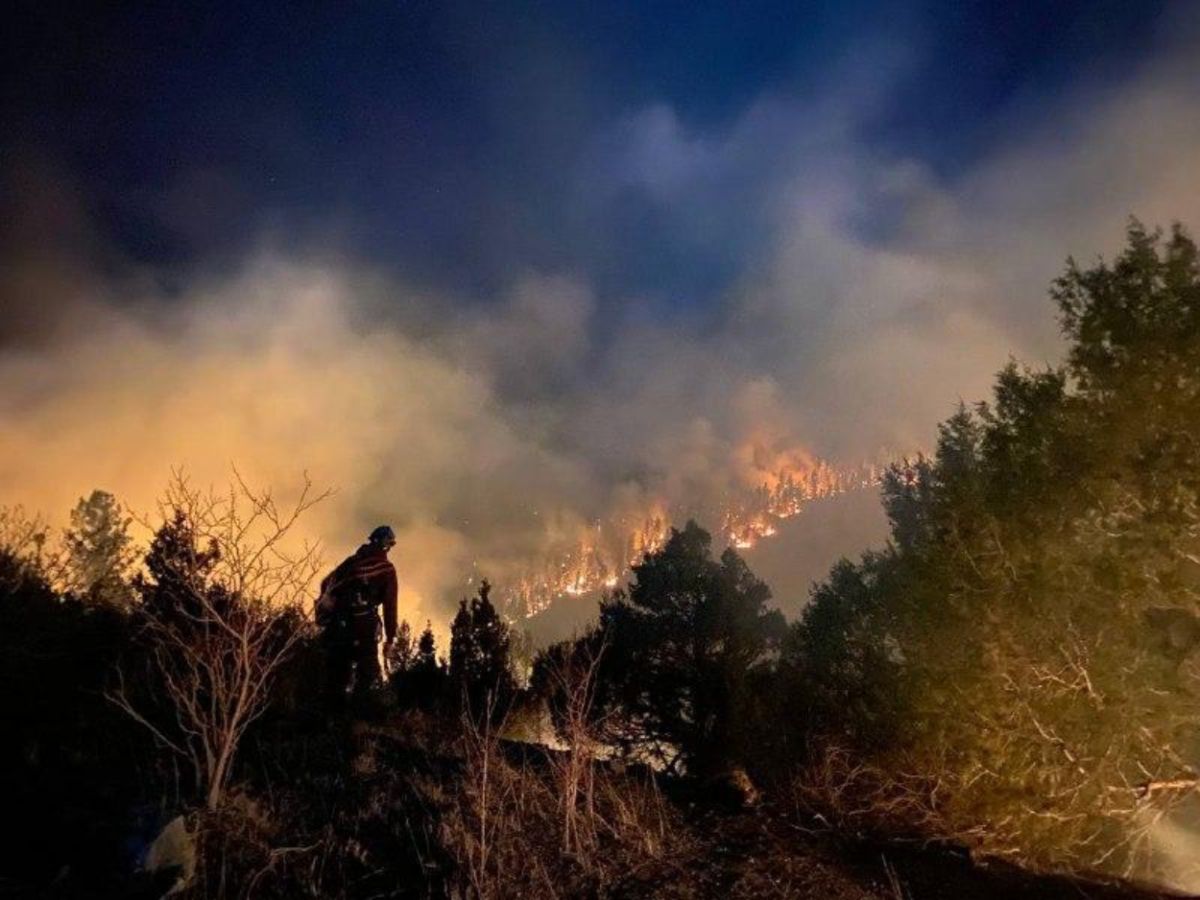 April 2022 was slightly cooler and wetter than normal across the contiguous United States, according to the National Centers for Environmental Information’s report of the month.

What made the month stand out was the early start of wildfire season, several outbreaks of tornadoes, and a widespread drought in the West.

These are some of the conclusions of the latest monthly US climate report from the National Oceanic and Atmospheric Administration (NOAA).

The average April temperature in the contiguous United States was 50.7 degrees F (0.4 degrees below the 20th century average), placing in the middle third of the 128-year record.

Temperatures from the Northwest to the Great Lakes and into the mid-Mississippi Valley were generally below average, while much of the Southwest, Deep South and parts of the East Coast saw above-average temperatures.

The average rainfall for the month was 2.58 inches, 0.06 inches above averagewhich places the month in the middle third of the historical record.

Other notable weather events in April

Wildfire season started early: Dry, windy conditions in the Southwest and the Plains contributed to an active start to the wildfire season in April. As of May 3, the largest fire in the US, the Hermits Peak Fire in New Mexico, consumed more than 145,000 acres and was 20% contained. Across the 50 states, 1.1 million acres have burned since January 1, 160% of the average for this time of year.

Tornadoes were numerous: several tornado outbreaks occurred during April, contributing to a higher-than-average tornado count for the month. A multi-day outbreak in early April brought tornadoes and severe weather from the Dallas/Fort Worth, Texas, metro area to the Carolinas. Another outbreak in the middle of the month hit the Great Plains, Midwest, and Deep South, with another round of severe thunderstorms and tornadoes hitting the central Plains on April 29 and 30.

Drought conditions generally improved: according to the US drought monitor report on May 3, 53.8% of the contiguous United States was in drought, about 4 percentage points lower than at the end of March.

Drought conditions expanded or intensified across portions of the West, Central Plains, and Deep South. And they decreased or were eliminated in parts of the lower Mississippi Valley, the Great Lakes, the Rocky Mountains and Northern Plains, the Pacific Northwest, and in parts of Hawaii.

– Climate change: there is a “50% chance” of exceeding the red line of 1.5 ºC more than temperature
– Extreme fire conditions threaten New Mexico and the southwestern US.
– Severe tornado damage reported in Kansas