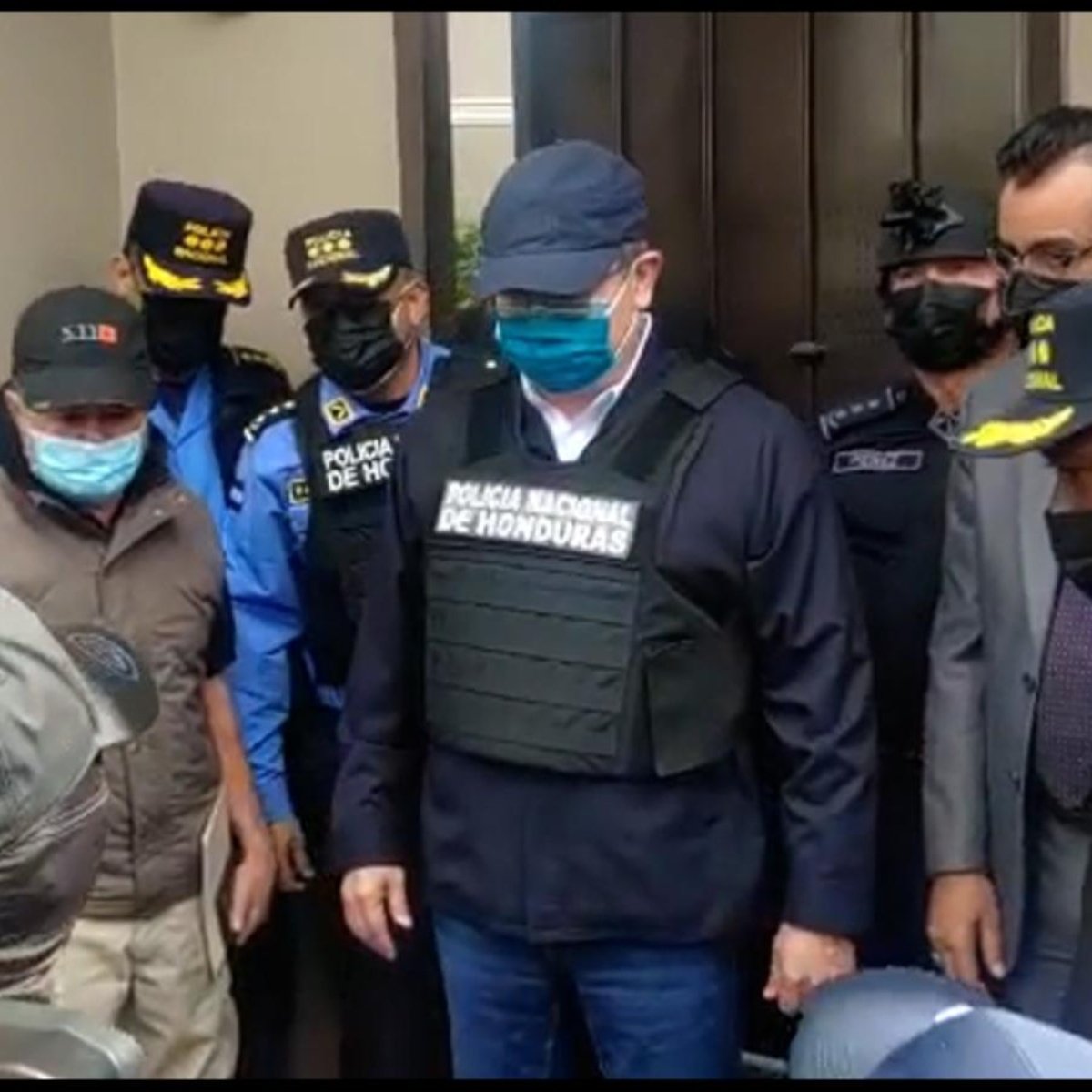 On Tuesday, a Honduran judge ordered the capture of Juan Orlando Hernández to comply with a request for extradition from the United Statestherefore in Tegucigalpa They arrest the former president of Honduras (2014 -2022) since he is accused of drug trafficking, according to the spokesman for the Supreme Court of Justice (CSJ), Melvin Duarte.

Later it was reported that Hernández was detained by the authorities at his home in the Honduran capital and apparently transferred to give his first statement before the judge.

The capture operation was headed by the Minister of Security, Ramón Sabillón, and while they detained the former president of Honduras, he was handcuffed and handcuffed in front of the entrance gate of his residence.

They arrest the former president of Honduras

The former president of Honduras was arrested, so when he left his house he was covered with a blue cap and a mask of the same color, this happened at 2:00 p.m., local time, and, immediately, policemen put a bulletproof vest on him and that was when they proceeded to handcuff him hand and foot.

He was put on an armored vehicle, from several of a caravanand taken to a unit of the National Police as part of the judicial process on extradition.

For its part, the US embassy in Tegucigalpa affirmed Hernández “participated in a violent drug trafficking conspiracy to receive shipments of multiple tons of cocaine sent to Honduras from Colombia and Venezuela, among other places.”

Previously, the brother of the former president of Honduras had been found guilty. According to the authorities, the drug was moved “by air and sea routes, and to transport the drugs to the west of Honduras, to the border with Guatemala, and finally to the United States.”

It was said that the diplomatic legation in an extensive note addressed to the Honduran Foreign Ministry in Tegucigalpa, in which the request for the capture of Hernández for extradition purposes made by Washington on Monday was confirmed, for which they already detain the former president of Honduras.

But Hernández’s house was surrounded by hundreds of police and military personnel armed with automatic rifles since Monday night, waiting for the arrest warrant.

It was this February 15 that the Honduran Supreme Court today appointed Judge Edwin Ortéz to hear the request made on Monday by the United States, which accuses Hernández of drug trafficking and use and possession of weapons.

Before being arrested, the former president had shared photos over the weekend of him playing with his dogs, in an apparent attempt to quell rumors that he had fled the country.

Hernández left the presidency on January 27 when President Xiomara Castro was sworn in. The same day that Hernández left office, he was sworn in as a representative of Honduras before the Central American Parliament.

Honduras’ hope for justice was pinned on federal prosecutors in New Yorkwhere a series of revelations against Hernández has been closely followed in the Central American country.

Hernández would face charges once he was no longer president, because federal prosecutors in New York repeatedly implicated him in his brother’s 2019 drug-trafficking trial, alleging his political rise was fueled by drug money.

But Hernández firmly denied having participated in those activitiesHowever, this Tuesday they detain the former president of Honduras.