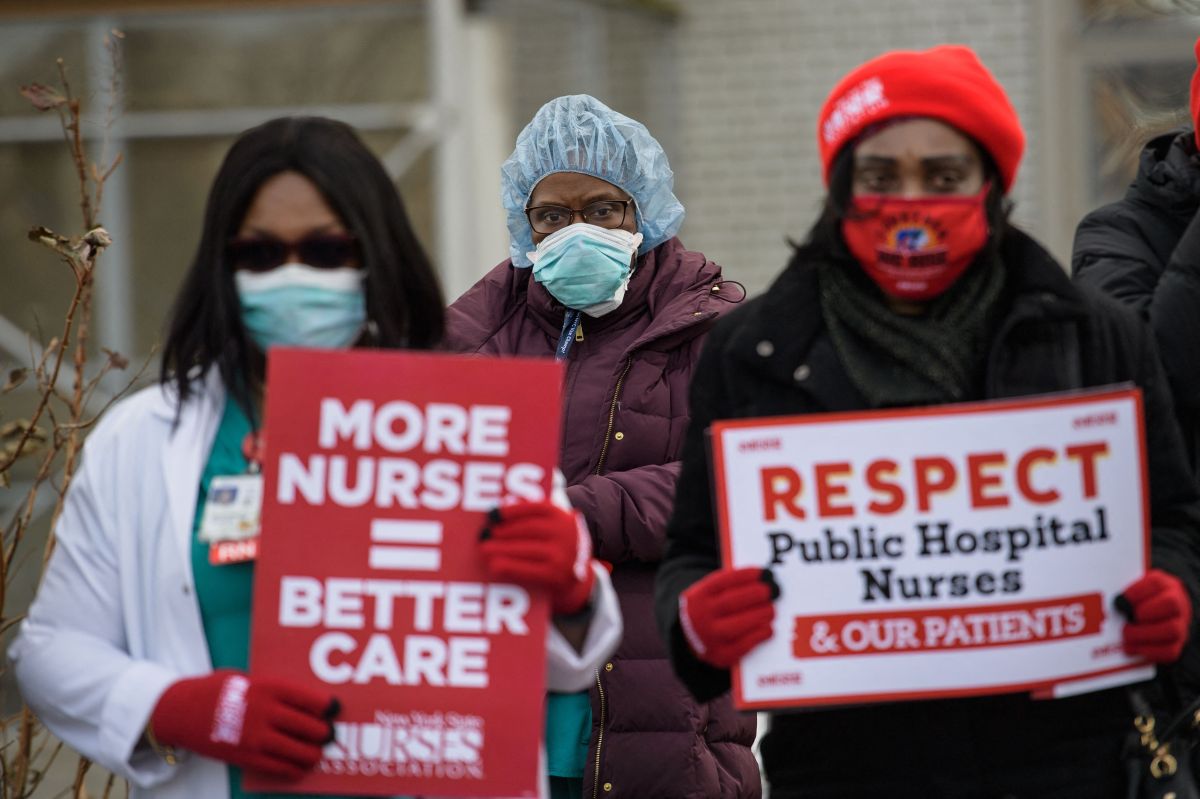 A Former Tennessee nurse whose medication error killed a patient was sentenced to three years probation on Friday.as hundreds of health workers demonstrated outside the courthouse, warning that criminalizing such mistakes will lead to more deaths in hospitals.

An state judge sentenced RaDonda Vaught after she apologized to relatives of victim Charlene Murphey, saying her mistake will haunt her forever.

Vaught was convicted in March of criminally negligent homicide and gross negligence of a disabled adult after he accidentally administered the wrong medication.

Prosecutors had argued against diversion, although they did not oppose parole.

The protesting crowd of nurses outside cheered, cried and hugged each other after hearing the sentence.

The relief came after health workers spent hours in the sun and hung on every word of the judge’s lengthy explanation of the sentence, some chained with hands clasped.

The fact that Vaught, 38, has faced criminal penalties has become a point of protest for many nurses who were already fed up with poor working conditions exacerbated by the pandemic.

The crowd outside listened to the hearing through loudspeakers and cheered as some of the victim’s relatives said they didn’t want Vaught to go to jail.

“Knowing my mother, the way my mother was and stuff, I wouldn’t want to see her spend time in jail. She that’s just mom. Mom was a very forgiving person,” Michael Murphey told the court.

Vaught apologized to the family in court, saying words will never fully express his “remorse and sadness.”

“I will always be haunted by my role in his untimely death,” she said. “She didn’t deserve that.”

In weighing her decision to grant judicial diversion, Judge Smith cited Vaught’s remorse and honesty about the medication error.

“I am sorry that this public outpouring of support for me has caused you to continue to experience this over and over again,” he told them. “No one has forgotten their loved one, no one has forgotten Mrs. Murphey. We are all terribly sorry for what happened.”

After Vaught was found guilty in March, health care workers began posting on social media that they would be leaving GP nursing for administrative positions, or even leaving the profession altogether.

They said the risk of going to prison for a mistake has made nursing intolerable.

On Friday, Vaught supporters wore purple T-shirts that read “#IAmRaDonda” and “Seeking justice for nurses and patients in a BROKEN system,” as they listened to speeches from other nurses and supporters. They also held a minute of silence to remember Charlene Murphey.

Read more
* Off-duty police subdue suspected terrorist who stabbed five people on a train
* VIDEO: Tourist tries popular jump into the sea from a 25-meter cliff, but dies when hitting the rocks, while his wife recorded it
* Hispanic mom from California helped torture her young daughter to death in a 12-hour exorcism