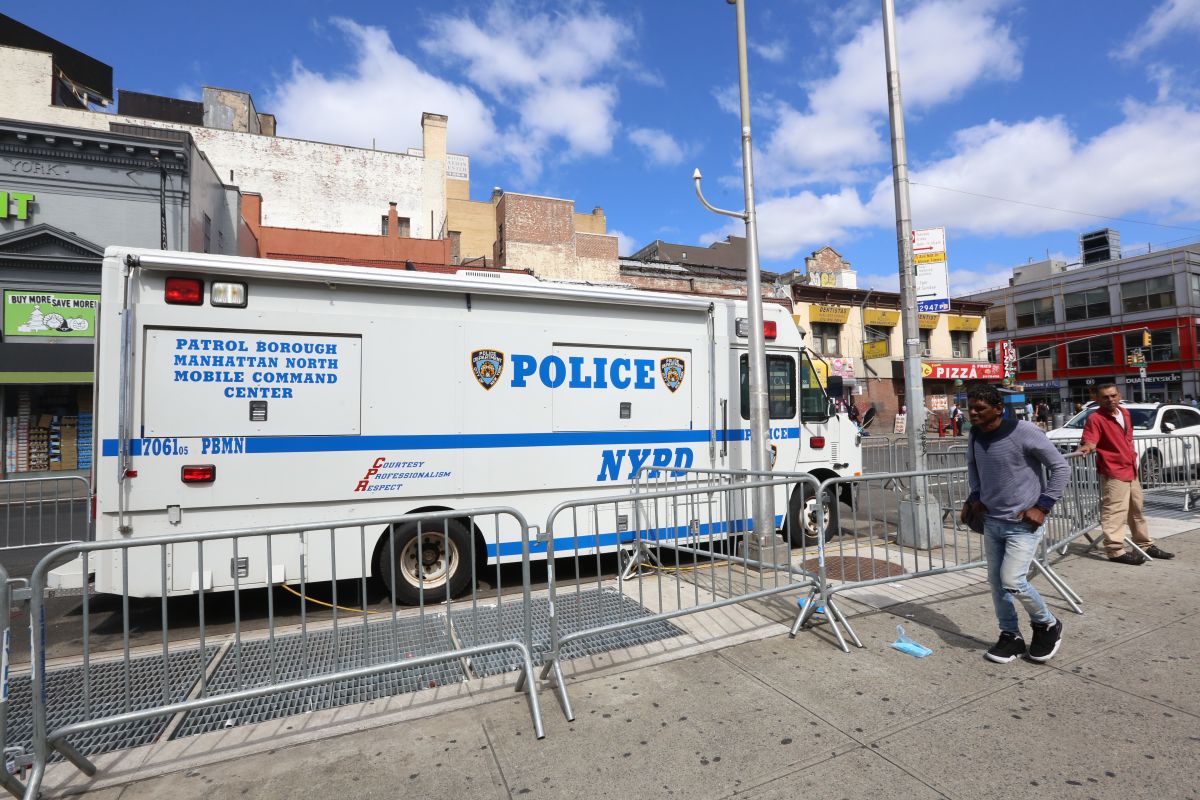 A retired NYPD detective, now employed by another city agency, was shot by a stray bullet in Harlem yesterday as the day was just beginning and it was raining in the city.

A new video obtained by the New York Post captured the moment of the shooting amid bystanders and vehicles.

Terence Felder, a 60-year-old former NYPD officer who now works for the city’s Administration for Children’s Services (ACS), was innocently walking down the sidewalk when he was shot in the stomach and arm. Video captured him collapsing to the ground, writhing in pain.

The gunman had been walking through a store near Lenox Avenue and West 125th Street around 7 a.m. when he began shooting at another who was standing in a doorway, according to police and security video footage.

The man in the doorway was not hit, but he and another suspect ran with their guns drawn and returned fire, hitting Felder and the other gunman.

The man who was the alleged intended target suffered a neck wound, police said. Felder was reported wounded but in stable condition. No arrests have been made. Anyone with information should call 1-800-577-TIPS (8477) and Spanish at 1-888-57-PISTA (74782). Also, via crimestoppers.nypdonline.org or by text message to 274637 (CRIMES), followed by TIP577. All communications are strictly confidential.

Gun violence has been a major challenge in NYC for former police Mayor Eric Adams. Since taking office in January, he has encountered obstacles within his own Democratic Party and Black Lives Matter (BLM) leaders in dealing with the crisis.

Especially the number of gunmen and their underage victims has tripled in recent years in NYC, confirmed to a recent memo from NYPD, the nation’s largest police force. Strangers are often hit by stray bullets, including children and the elderly.