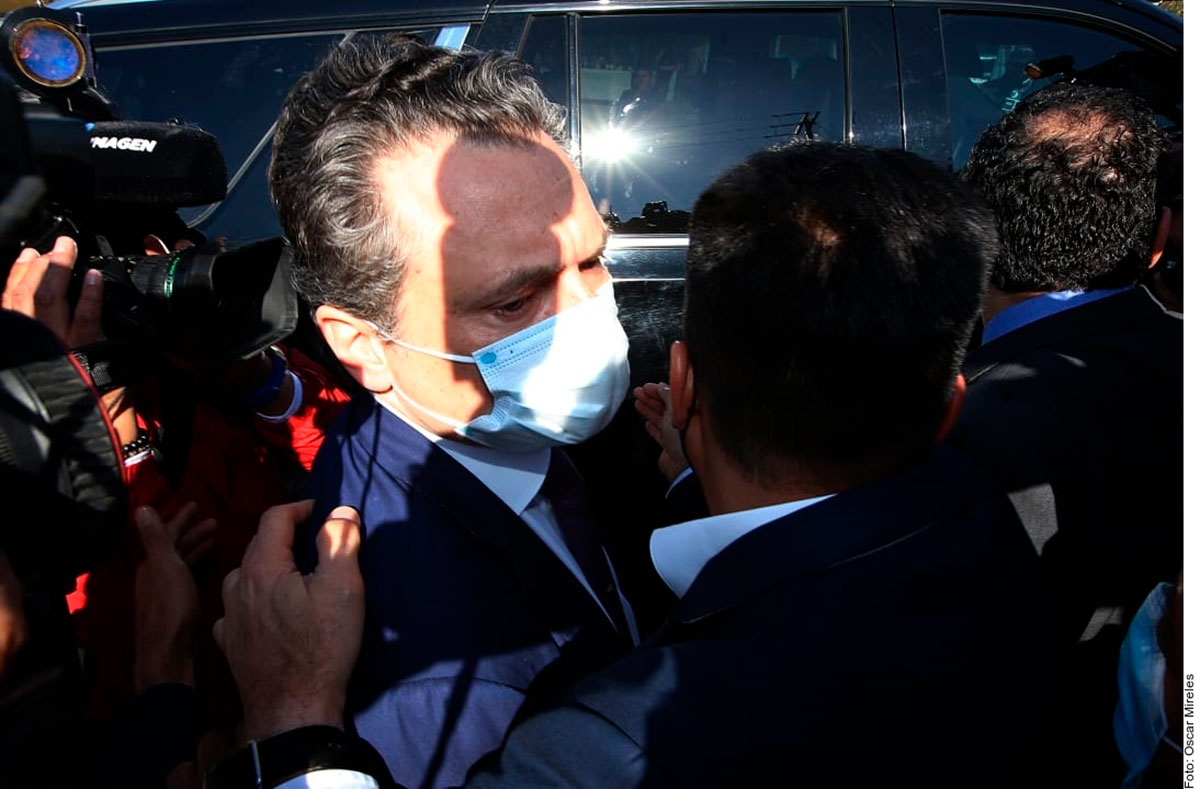 The former director of Pemex, Emilio Lozoya, remains in jail under “justified preventive detention” after withdrawing the precautionary measure of “house arrest” that allowed him to continue his process for the Odebrecht case out of prison, this was determined by a federal control judge in Mexico City.

“Although this defense clearly stated that Mr. Emilio Lozoya Austin has not only cooperated but also fully maintains cooperation with the Office of the Public Prosecutor of the Republic within the framework of the criteria of opportunity and the reparatory agreement both in the Odebrecht case and in the Agro- Nitrogenized, The judge took into consideration the statements of the Prosecutor’s Office in the sense that it has not yet guaranteed reparation of the damage and that therefore it was necessary to change the precautionary measure to justified preventive detention“Said Emilio Lozoya’s lawyer, Miguel Ontiveros Alonso, in statements when he left the North Prison.

After attending a hearing at the Northern Prison Courts, the former federal official during the administration of Enrique Peña Nieto, pleaded not guilty but was unable to convince the judicial authorities to continue his process outside of prison as a protected witness in the case of $ 10.5 million in bribes from Odebrecht in exchange for Pemex contracts.

“I was an instrument within the state apparatus, I do not regret having spoken the truth, there are many people who do not want this to come to light,” were some of the words that Emilio Lozoya said during the hearing, journalists noted of Mexican media that managed to enter the hearing.

During the hearing the federal control judge, Artemio Zúñiga Mendoza, granted an extension of the 30-day investigation to the former director of Petróleos Mexicanos (Pemex), Emilio Lozoya, to present evidence in the Odebrecht bribery case.

“Mr. Lozoya and his family are calm knowing that we are cooperating fully with the authorities of the Mexican state, with the Prosecutor’s Office, with the Judiciary and also in harmony with the corruption prevention claims of the President of the Republic, Andrés Manuel López Obrador, and thus we are going to continue to achieve the suspension in the exercise of criminal action that can be at any time and then that he is released subject to ratifying his complaint in court, said lawyer Miguel Ontiveros Alonso.

It was around nine in the morning that Emilio Lozoya arrived, this Wednesday, November 3, aboard a black truck, to the Federal Courts of the North Prison, located in the Gustavo A. Madero Mayor’s Office of Mexico City, to physically appear before the authorities.

In the audience, Emilio Lozoya’s team of lawyers requested a 60-day extension for the sixth time to close the complementary investigation of his process for the Odebrecht bribery case.

For their part, the Financial Intelligence Unit and the Attorney General’s Office asked the judge for the preventive detention of the former director of Pemex, arguing that Emilio Lozoya could use his passport to flee the country again.

In the argument, the Prosecutor’s Office pointed out that the former official has presented an irregular and “rude” attitude after Emilio Lozoya was recorded and photographed in recent days in a luxury restaurant, a situation that caused outrage in public opinion.

Since he arrived extradited from Spain on July 17, 2020, Emilio Lozoya had never physically appeared in a courtroom and had done everything by videoconferencing due to the COVID-19 pandemic.

The next hearings scheduled for the former director of Pemex will be held on November 19 for the Agro-Nitrogenados case and on December 3.

It may interest you:
López Obrador asks to broadcast video of Emilio Lozoya on bribes
Emilio Lozoya affirmed that he received threats from former president Carlos Salinas
· Cause outrage in Mexico attendance of the former director of Pemex, Emilio Lozoya, to a luxury restaurant