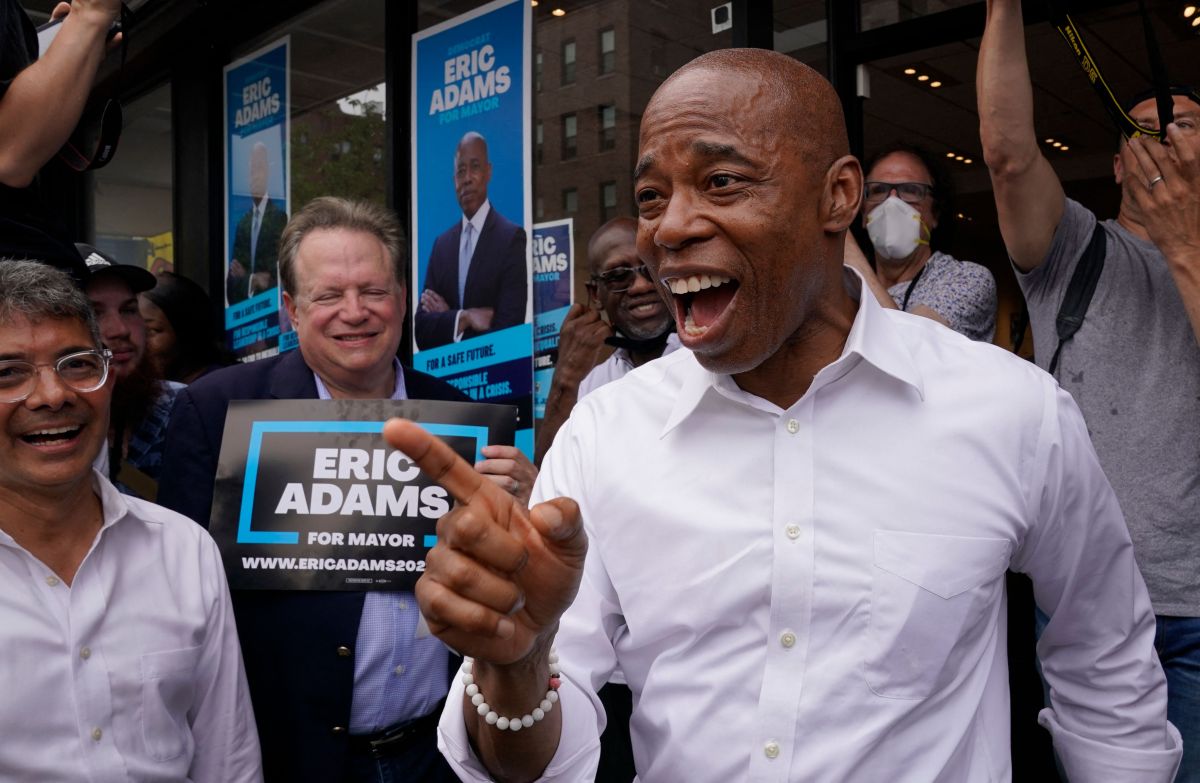 NEW YORK – Brooklyn Borough President and Former Police Capt.Eric Adams to become New York City Mayor in January after sweeping the municipal elections on Tuesday, after a campaign that affected his poor childhood and his ability to run the city and especially to tackle the increase in violence and poverty.

“I grew up poor in Brooklyn and Queens. I was wearing a bulletproof vest to protect my neighbors. I served my community as a state senator and president of the Brooklyn district, ”reads the first message that can be read on the official Twitter account of this confessed 61-year-old vegan.

Always armed with his smile and an inordinate self-confidence, Adams, who soon became the official bet of the Democratic Party, has managed to forge transversal alliances in all the districts of the city to win the mayor’s office.

From the most punished communities such as the Afro-American, to which he himself belongs, or the Latino; To the great fortunes of New York’s business elite, such as Mets owner Steve Cohen or Loews heiress Laurie Tisch, Adams has sought support in every corner of the Big Apple.

Aids that, translated into donations, have almost reached nine million dollars, since last year he began his electoral career as a candidate for the party’s primaries, in which he managed to unseat the most progressive candidates.

In fact, his official and moderate stance within the Party and his open criticisms of socialism have earned him the reproaches of the Democrats further to the left, who reproach him for his approach to the wealthiest class in the city.

From the ranks of his party they have also recalled the corruption cases opened against him and of which he was acquitted; his alleged defense of aggressive detention methods, which he denies; or his habit of supposedly spending much of his time in a residence in the neighboring state of New Jersey and not in the city.

Its humble origins as a field weapon

Adams suffered the loss of her mother, Dorothy Adams, last March, in the middle of the electoral campaign for the party’s primaries and since then, the future city councilor, who describes himself as a “worker”, has not hesitated to bring up his mother in numerous moments, sometimes emotional and that ended in tears.

He has done it to remember, above all, his humble origin with which to try to identify with the ordinary voter who, as he maintains, has suffered as much as he has the failures of the system.

“My mother was betrayed (by the authorities), like other fathers and mothers and families. She was betrayed when we could not buy food and we went in search of food that the city offered us and that it was food that caused chronic diseases (…) “, said Adams immediately after exercising his right to vote on June 22 during the Democratic primaries.

On Election Day yesterday, Dorothy again took center stage when Adams showed up to vote at her Brooklyn polling place with a portrait of her mother.

“All this is for you”, he told the media, before underlining: “I only have three words: I am like you (…). The city has abandoned people like my mother, so I hope that people exercise their right to express that we no longer want to be abandoned.

Adams, who likes to talk about himself in the third person, has drawn on his childhood to return to the hackneyed local myth of the “American dream” and of the United States as “the land of opportunities”, where, supposedly, with effort and tenacity, anyone can achieve what they set out to do.

“A child who was lying on the floor of the 103rd District Police Station, attacked by the police, can now become the mayor to be in charge of that same Police Department. I am the American Dream. I am a New York story, ”he also said on the day he was imposed in the primary elections last June. EFE