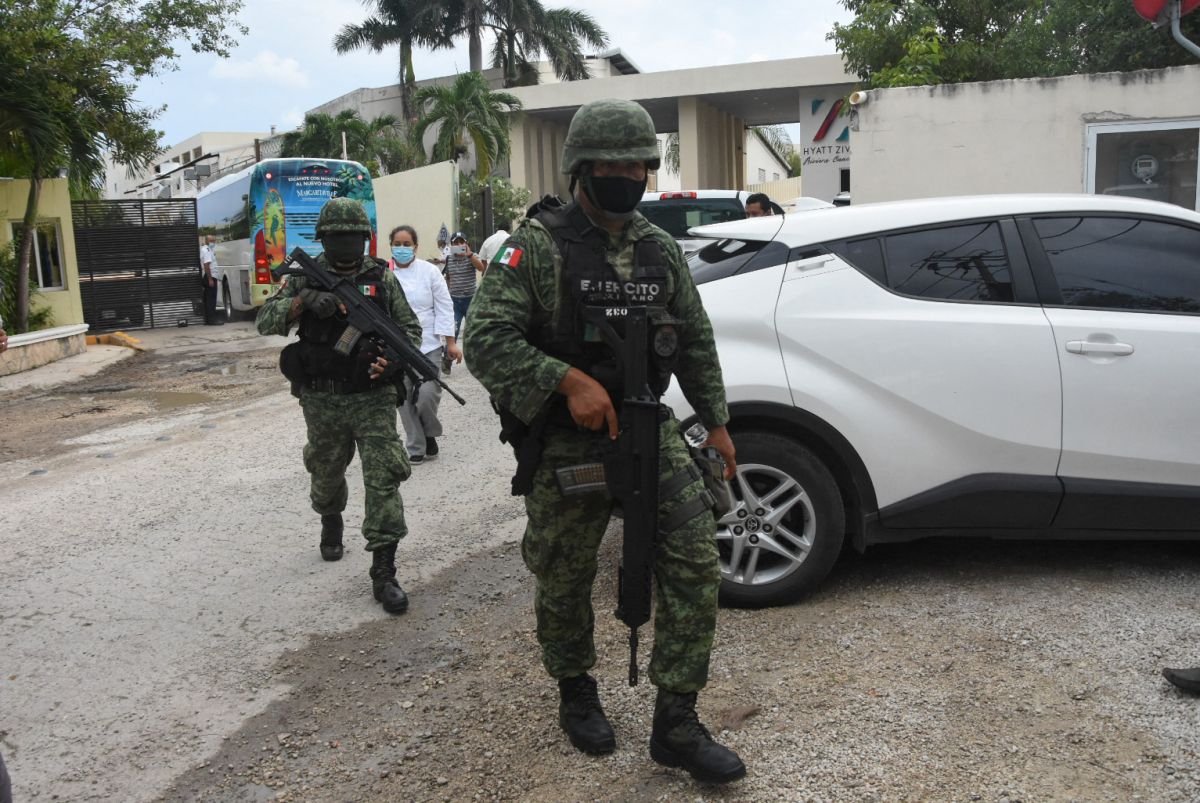 Four Americans were injured during the attack on Thursday, when a group of armed men, members of a drug gang, stormed a beach in Mexico and executed two militants from a rival gang, ABC News confirmed.

According to Oscar Montes de Oca, chief prosecutor of the state of Quintana Roo, there were 15 members of a cartel those who shot against two alleged rival traffickers on the beach outside the Azul Beach Resort and the Hyatt Ziva Riviera Cancun.

According to local police, an American was hospitalizeddo and is currently stable after being shot by a stray bullet.

The three others suffered minor injuries.

The two murdered alleged drug traffickers had apparently arrived at the beach earlier that day, claiming that it was now their territory.

“Some 15 people came to the beach to assassinate two men who had come forward saying they were the new merchants in the area,” Quintana Roo chief prosecutor Oscar Montes de Oca told Radio Fórmula.

Several cartels fight for the lucrative retail drug trade in the area, including the Jalisco cartel and a gang allied with the Gulf cartel.

Montes de Oca said that one of the men attacked in the attack fled to one of the hotels before dying and the other died on the beach.

It also said that one person suffered non-life-threatening injuries in the attack, but authorities could not determine whether that person was a hotel employee or a guest, because he was still receiving medical treatment.

Governor Carlos Joaquín said the command was wearing ski masks and arrived by boat on the beach. Montes de Oca said they fled in a boat after the attack.

Joaquín described the attack as “a severe blow to the development and security of the State, putting the image of the State at serious risk.”

Guests at the Hyatt Ziva Riviera Cancun posted videos and photos of tourists hiding or fidgeting in the hotel lobby and hallways during the incident. The shooting in Puerto Morelos comes two weeks after a California travel blogger and a German tourist were killed in a similar shooting in the coastal city of Tulum.

Read more
* Drug sales sparked shooting in Puerto Morelos; ‘Los Pelones’ gang would be behind murders
* Two men are reported killed in a shooting on the beach in the hotel zone of Cancun
* Hooded men generate panic in the Mexican Caribbean; carried out murders in front of tourists